Why is it so implausible that a woman would want to receive nothing more than wisdom from a an influential man? 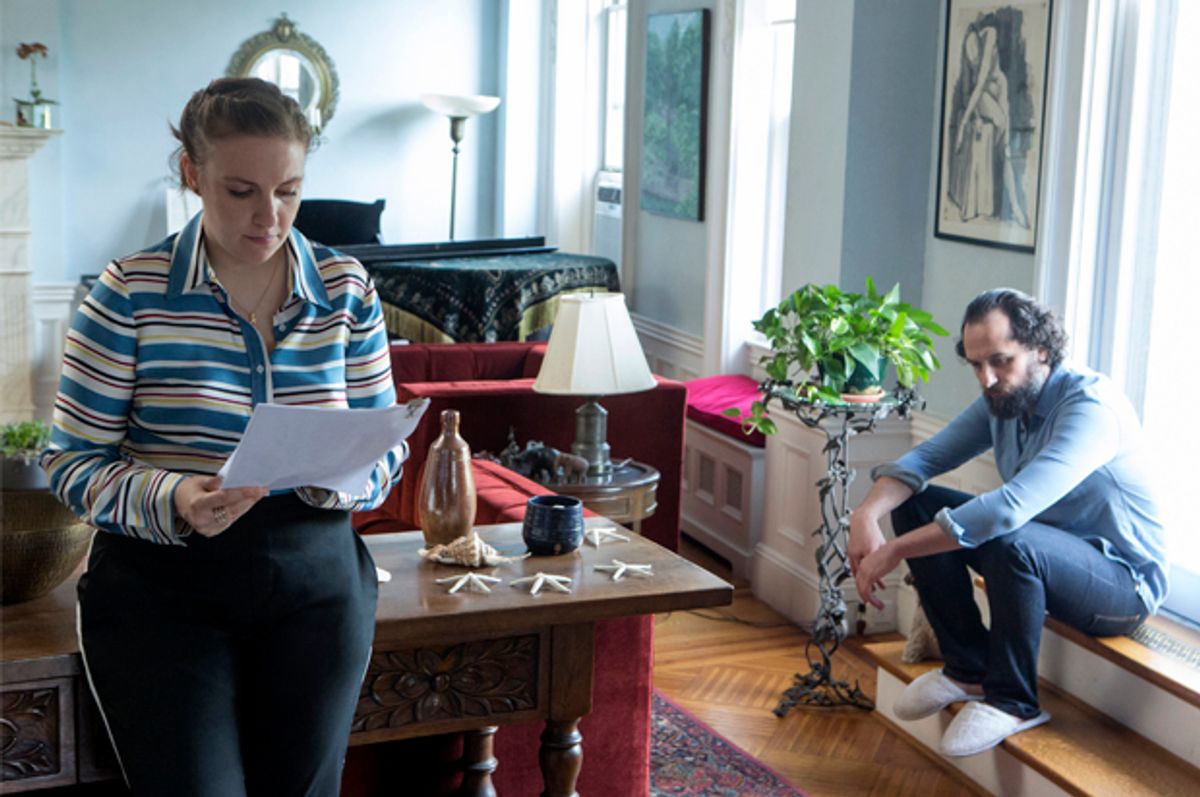 I don’t always agree with Lena Dunham, but Sunday’s episode of “Girls” had me wanting to high-five the writer, director and actress. Dunham confronts the growing complacency in our culture that allows influential men to harass women in the episode called “American Bitch,” titled after a rumored almost title of a Philip Roth novel.

Sunday’s Academy Awards show was a disappointing example of the current state of our union, and not only if you happen to be a “La La Land” producer. Casey Affleck won the Oscar for best actor for his work in “Manchester by the Sea.” The film, which is rich in pathos and deep, brooding Massachusetts accents, is as good as any of the other contenders, but Affleck’s victory stirred up the same feelings I had on election night. Once again a powerful white man accused of sexual assault was being rewarded and celebrated.

Affleck has been accused of sexually terrorizing women on the set of his 2010 mockumentary “I’m Still Here.” The claims about his behavior range from insisting that a female co-worker share his hotel room to referring to women as “cows” as well as acting in retaliation when his advances were rejected. Affleck isn’t special in his behavior. Although he now joins the ranks of other Oscar-winning actors, he runs the risk of being lumped into the same category of men like President Donald Trump and Mel Gibson who are known for their misogynistic and degrading statements about, and treatment of women. Affleck’s acceptance speech pretty much coincided with Dunham’s “American Bitch” episode, which created an interesting juxtaposition.

The episode centers on Dunham’s character, Hannah, visiting the home of an influential author whose sexual assault allegations she published online. Hannah reports that the writer harassed female fans during a book tour. The scene is staged perfectly: an immaculate apartment that unapologetically flaunts the man's achievements: PEN/Faulkner awards, honorary degrees, hand-signed first editions from Philip Roth. The suggestion is clear; it’s a nice life.

The author, Chuck Palmer, played by actor Matthew Rhys, nearly charms Hannah — uncharacteristically discerning and firm — into believing he was taken advantage of by a college-aged female fan. He reads an eloquent short story about the night in question, that is rich in description of the nubile young woman. What is he — a successful, intelligent, mildly attractive man who lost his virginity at an older age — to do in the presence of an attractive admirer?

Simple: You don’t take advantage of your position as a powerful man.

Later Hannah almost relents and believes Chuck. I mean, he is just so earnest and charming. And then he is so sweet with his daughter!

Instances like this in life make you want to believe in the good in a person. They cause you to wonder if maybe you were wrong and just jumping to conclusions. Perhaps you interpreted wrong. It makes you doubt yourself.

Dunham boldly reaffirms Hannah’s (and most women’s) instincts, as Hannah and Palmer lie benignly on a bed. And then he attempts to have Hannah touch his exposed penis. Insert eye roll.

She leaves, confused, embarrassed and outraged as Rihanna’s “Desperado” plays while a flock of blurred, faceless and seemingly beautiful young women enter the building, the presumption being that they’re about to meet with the disgraced-but-still celebrated scholar.

This episode is eye-roll inducing because the scenes are just so . . . common. Dunham brilliantly showcases situations so many women have found themselves in before. I felt uneasy watching the scene in which Palmer reads Hannah his short story. She marvels at it: his eloquence, her interpretation and her luck that he has chosen her to share this intimate piece of himself with. I once found myself in a similar situation and only years later did I realize that it was not unique. It’s an old dog’s game to impress a starry-eyed admirer with a well-received trick.

Dunham succeeds in highlighting sexual assault and harassment by men in positions of power and influence over young women. Bernardo Bertolucci and Marlon Brando conspired to assault actress Maria Schneider to create the rape scene in “Last Tango in Paris,” which indicates a deep-seated complacency in the entertainment industry and our culture for excusing sexual assault by celebrating professional achievement.

“American Bitch” sheds light on the disparity that exists between powerful male figures and female would-be protégés to a discouraging degree. Of course there are groupies and starfuckers out there eager to turn a hero into a trophy, but there's also a fair number of young women who aspire to become influential authors, actors and politicians and look up to male examples.

Hannah comments on her desire to be the inspiration for a man like Roth to write such a book as “American Bitch,” which is a return to the myopic and self-centered Hannah we’ve grown to love to hate. It’s not cool or fun to have a relationship with a man reduced to the plot of a book or the concept of an album. Our relationships to men should be valued as more than fodder for them to tell their story. Often women are slut shamed or called power hungry when they share their versions of the story. The examples suggest a very dismal future for these dynamics to change.

Funny, it’s common to hear adages that entreat you to never meet your heroes. No one warns you that it’s because they may sexually assault you.