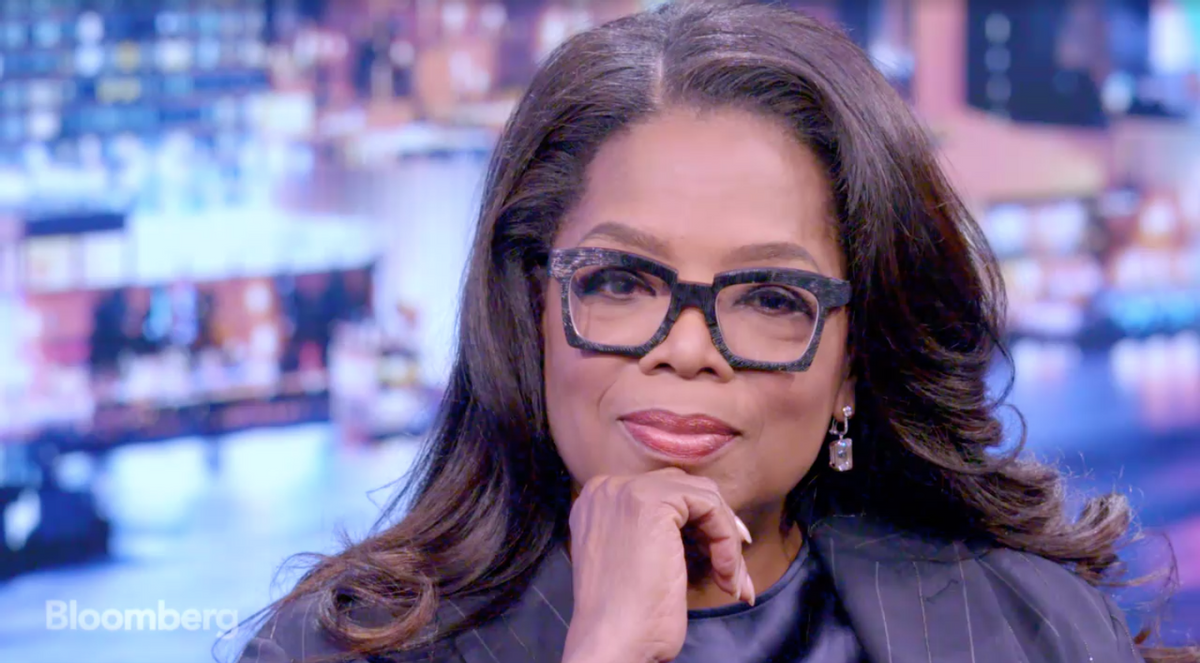 Oprah Winfrey isn't ruling out a presidential run in 2020.

During a conversation with billionaire philanthropist and Bloomberg TV show host David Rubenstein, she suggested that President Donald Trump's shocking electoral victory has forced her to rethink the possibility of a President Oprah Winfrey.

Rubenstein asked the megastar if she ever thought she could do what Hillary Clinton could not.

"Have you ever thought that, given the popularity you have, we haven't broken the glass ceiling yet for women, that you could actually run for president and actually be elected?" Rubenstein asked.

"I never considered the question even a possibility," Oprah answered. "I thought, oh gee, I don't have the experience, I don't know enough. And now I am thinking: Oh."

Trump was able to secure the Republican presidential nomination because, in part, he was a wildly popular TV star. But perhaps no one — not even Trump himself — can compete with Oprah's celebrity. She is the Oprah of Oprahs.

Oprah might not be a politician, but she has dipped her toes in the political arena. She famously endorsed former President Barack Obama in the 2008 election. In an interview with the Associated Press shortly after the 2016 election, Oprah indicated she was not as pessimistic on Trump as others. She said that "hope is still alive" and that she was encouraged by Trump's willingness to work with others during his transition. In January, Oprah told TMZ she was "too smart" to comment on the current president.

During Trump's presidential bid, he actually floated the idea of naming Oprah his running mate, telling ABC's George Stephanopoulos that if she was his vice president, they would "win easily."

It was reported on Wednesday that Disney CEO Bob Iger is also considering a presidential run in 2020.