Trump is leaving the State Department mired in chaos 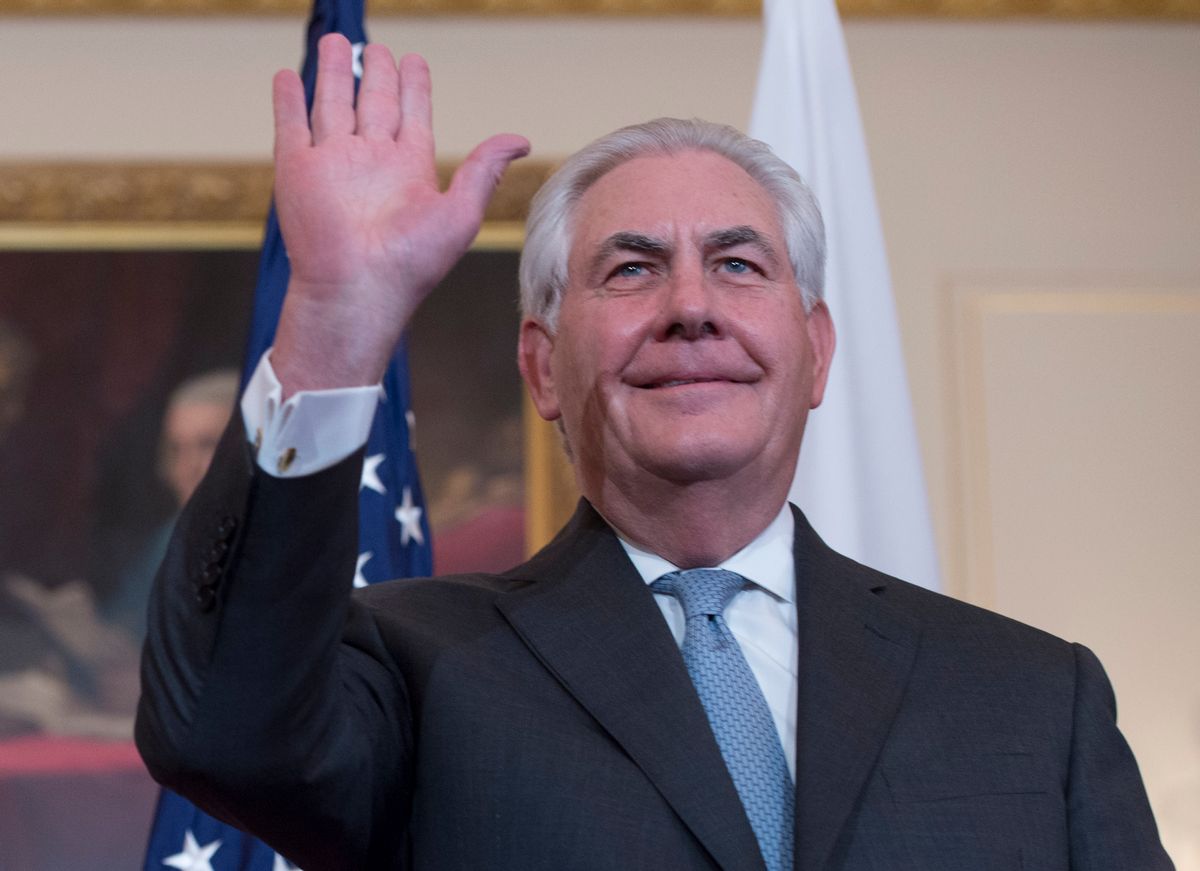 It has already become clear that Secretary of State Rex Tillerson has been marginalized under President Donald Trump, with the former Exxon executive unable to even pick his own deputy as Trump consolidates more and more power in the hands of son-in-law Jared Kushner. Tillerson isn't the only one being demeaned — the entire State Department is suffering with him.

"They really want to blow this place up," a mid-level State Department officer told The Atlantic. "I don’t think this administration thinks the State Department needs to exist. They think Jared can do everything. It’s reminiscent of the developing countries where I’ve served. The family rules everything, and the Ministry of Foreign Affairs knows nothing."

This isn't to say that Tillerson himself has received glowing reviews. "He only spoke of reform and accountability," a State Department staffer told The Atlantic. "He offered no vision of America and its place in the world." Tillerson also made an indirect reference to the 2012 attack on the American embassy in Benghazi that "landed like a thud."

The Atlantic also describes a State Department that, despite once being renowned for its long work hours and constant state of bustle, has been reduced to a 9-to-5 schedule. Its employees spend countless hours in the cafeteria and, because of their lack of direction, are forced to leave their diplomats without direction as they attempt to carry out American foreign policy in hundreds of other countries.

In some cases the Trump administration's opacity can be downright enigmatic. When more than 20 State Department staffers were fired, their floor almost immediately underwent a period of intense construction, with most staffers having no idea what the new conception will be. "The space on Mahogany Row, the line of wood-paneled offices including that of the secretary of state, is now a mysterious construction zone behind blue tarp," The Atlantic wrote.

These grumblings aren't the first sign of dissatisfaction about the Trump administration from the State Department. In January, the entire senior level management team resigned shortly after Trump took office.