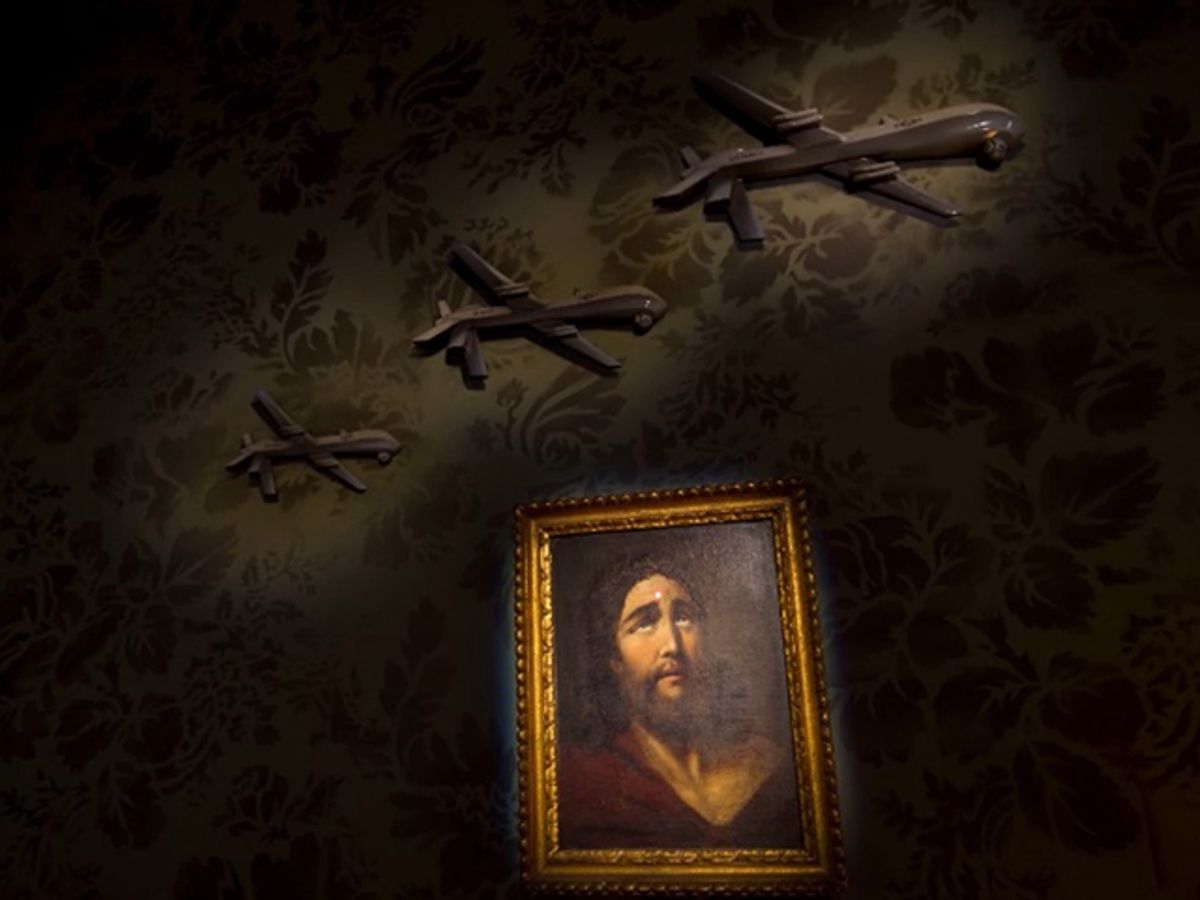 The anonymous graffiti artist Banksy has opened a hotel next to the Israeli wall of separation in the West Bank, with hopes of attracting tourists and open-minded dialogue to the struggling region. The atypical hotel may not shower sightseers with lavish delicacies, but rather provides an experience in a historic city of "hotel, protest and art in one."

New banksy artwork in a room in his new Bethlehem hotel pic.twitter.com/Rut1NvIu5Q

"The artist, who fiercely guards his anonymity, also wants to spark dialogue, with his biggest target market not his legions of international fans, but young Israelis who might normally spend their weekends clubbing in Tel Aviv," The Guardian reported. The hotel features a "colonial" theme that is a testament to the U.K.'s historical influence within the region. It will also be hosting exhibitions featuring Palestinian artists who often lack exposure to international audiences.

"His support team insists the hotel is a real business venture, not an art stunt. Its nine rooms and one suite will be open for bookings on its website later this month," The Guardian reported.

The hotel is located in an area just outside Bethlehem, which is still under Israeli control, allowing residents to visit. Israelis are banned by law from entering the city. Some of Banksy's most famous pieces of art were created on the wall dividing Israeli and Palestinian territories.

According to the Guardian, Banksy was smuggled into Palestinian territory following the 2014 Gaza War, where he then created a series of artworks on the ruins across Palestine. He made a video to go alongside the art, as well. Although the artist normally refrains from commenting on his own work — letting the images speak for themselves — his video concludes with the message, "If we wash our hands of the conflict between the powerful and the powerless we side with the powerful — we don't remain neutral."