WATCH: Protesters chant "Lock him up" outside press conference where Jeff Sessions recused himself 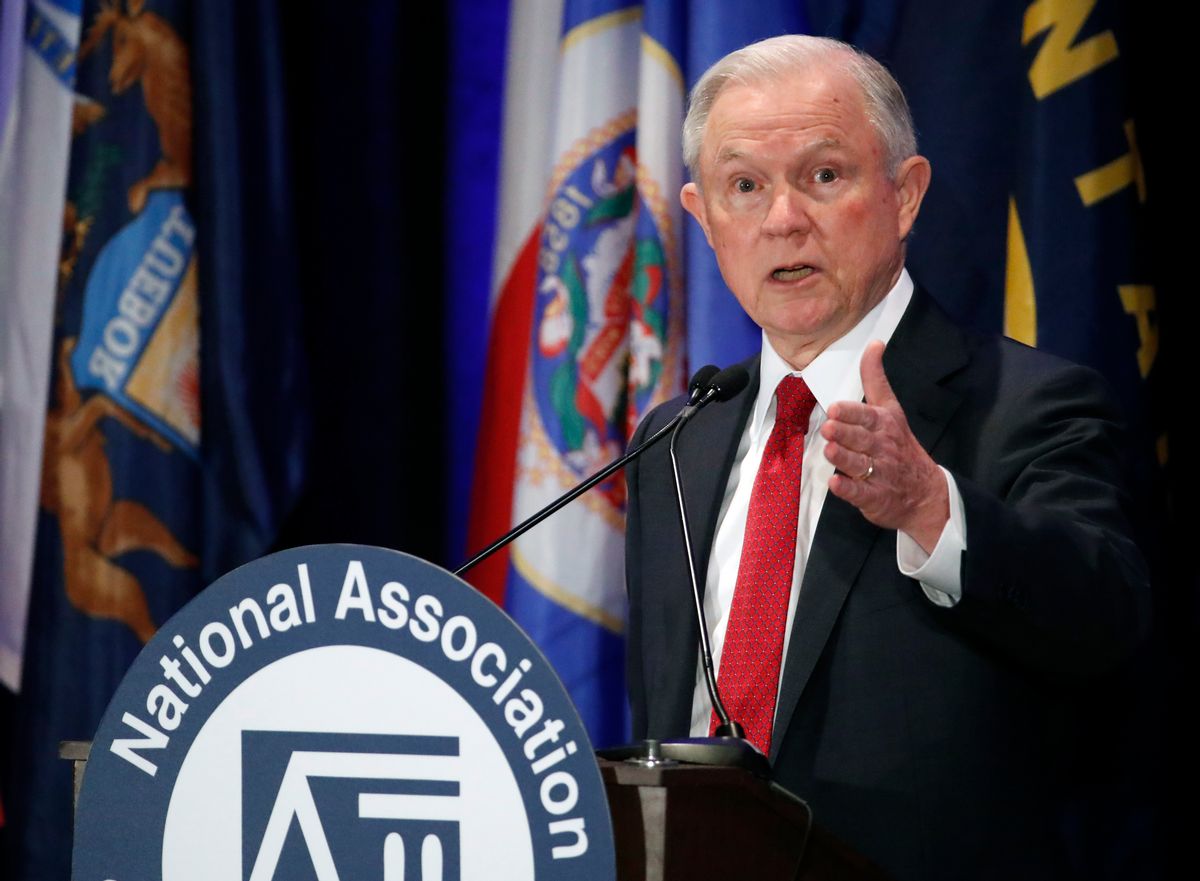 The revelation that Attorney General Jeff Sessions lied in his confirmation hearing about contacts with Russian officials before Trump's election brought 175 demonstrators and five congressmen to the doorstep of the Justice Department on Thursday where a new Democratic mantra was heard: "Lock him up."

The impromptu rally, organized via Facebook by MoveOn and joined by the Progressive Caucus of the House of Representatives, signaled a fast-changing political reality in Washington.

On Wednesday, congressional Democrats were calling on Sessions to recuse himself from the investigation of contacts between the Trump campaign and Russian officials, and Republicans were resisting.

AG Sessions should clarify his testimony and recuse himself

Less than three hours after the demonstration ended, Sessions had announced his recusal himself, adding, "This announcement should not be interpreted as confirmation of the existence of any investigation or suggestive of the scope of any such investigation."

By then, the Democrats had already voiced a new demand.

Rep. Barbara Lee of California reminded the crowd that Coretta Scott King wrote in 1986 that Sessions “lacks the judgment, competence and sensitivity to uphold our laws." Lee added, "Her words ring truer than ever today."

“Someone has to stand up for integrity in government," Evans told AlterNet. “When you have an attorney general who lied under oath, that sends the wrong message.” He dismissed McCarthy's call for recusal and non-recusal. “He’s just trying to have it both ways.”

Where the story is going

The revelation in the Washington Post, along with a related story in the New York Times about how Obama officials made sure that classified information about the Trump-Russia contacts would reach investigators, not only erased the positive news coverage the president received for his Tuesday night address to Congress.

They also add new details to the issue at the heart of the Trump-Russia scandal:

Was there a secret agreement in which state Russian operatives  undermined Hillary Clinton's campaign in the expectation that the Trump administration would treat it more favorably?

The accumulating facts show that the Trump-Russia scandal isn’t overblown hype of the defeated Clintonian faction and their allies in the CIA. It is an investigation of criminal activities in which even the attorney general sought to hide, even at the risk of perjuring himself.

The Post and Times stories also revealed the investigation is wider than previously known, and that more Trump administration officials were involved.

Sessions could have acknowledged his September meeting with Russian ambassador Walter Kislyak when questioned by Senator Al Franken. It's no crime for a U.S. senator to talk to a ranking official of another government. Instead, he chose to dissemble, inviting the slogan we will be hearing again: "Lock Him Up."