A little mollusk may lead to a big discovery in helping solve the U.S. opioid epidemic 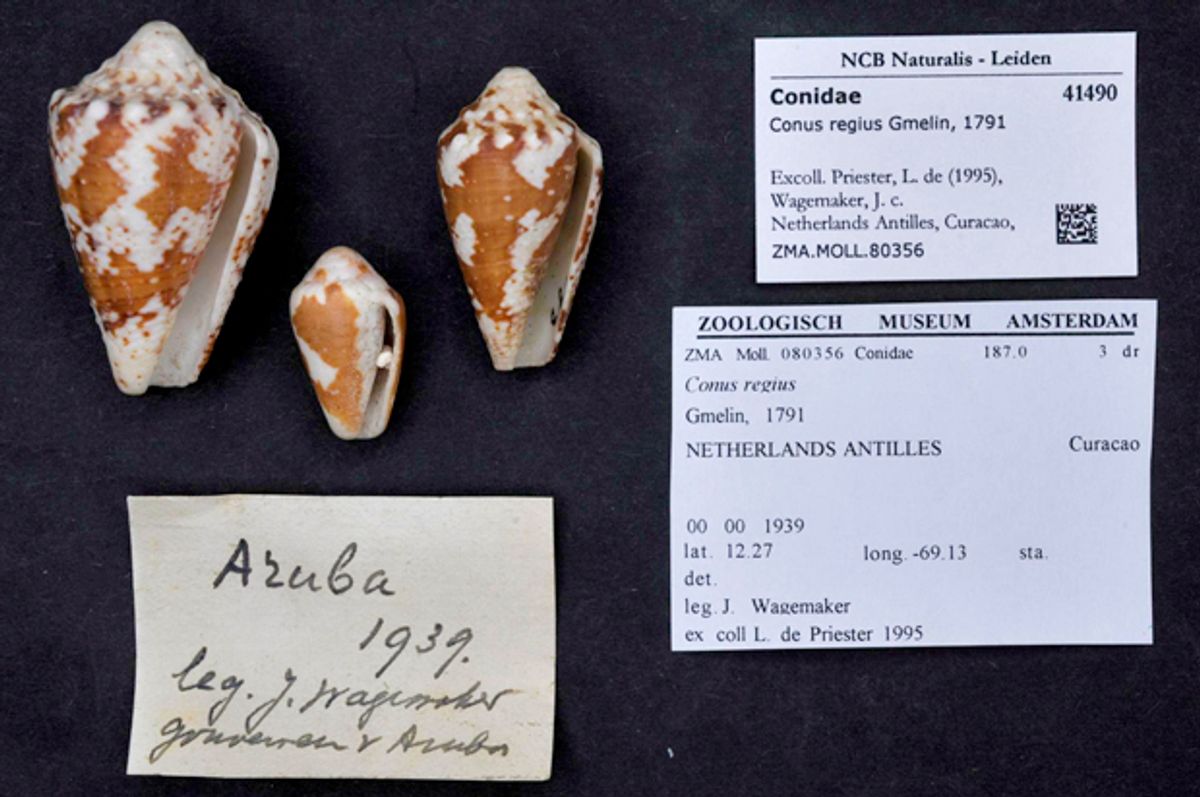 The U.S. is facing an epidemic of fatal drug overdoses and the problem is getting worse thanks to a sharp increase in the abuse of prescription opioids. The family of pain-killing drugs provides relief but can also turn users into abusers who gamble with their lives to feed the demanding beast of addiction.

According to data released this week by the Centers of Disease Control and Prevention, 33,000 Americans died in 2015 from opioid overdoses. Nearly half were killed by prescription medication, underscoring just how often the path to addiction starts at the doctor’s office.

Shawn Iadonato, CEO of Kineta, an eight-year-old Seattle-based biotech company, said he may be on the way to creating a drug that would have the pain-killing qualities of opioids without the same “brain calming” and addictive qualities. If this work leads to a marketable drug, it would radically change the way doctors prescribe treatment for chronic pain.

And it all started with a snail — or, more accurately a species of small marine mollusk known as a royal cone snail, which populates shallow sea floors from the Caribbean to the Brazilian coast. Known scientifically as Conus regius, this little gastropod tucked inside a pretty shell has a fish-immobilizing sting that’s venomous enough to cause potentially fatal symptoms in humans.

But for years, biologists have been attracted to this little invertebrate hunter to study the complex molecular stew of its venom for its unique pain-blocking qualities. Building on this research Iadonato and others have been working on a new drug, known as KCP-400, which shows promise in blocking pain at the source based on testing on laboratory rats.

If this research makes its way through the preclinical trials using humans slated to begin next year and onward to regulatory approval, doctors may soon be able to treat chronic pain in patients through periodic self-injections similar to the way diabetes and other conditions are treated.

Iadonato spoke to Salon on Wednesday about his research.

How did this common sea snail catch the attention of biotech researchers?

In drug development a lot of the most commonly used drugs that we take have origins in the natural world. Obviously that’s true if you look at all of the opioids for the treatment of pain. And so these venoms have been an excellent source of really innovative drugs over the past couple of decades. There was a previous drug that was identified from cone snail venom by Baldomero Olivera at the University of Utah -- he’s a collaborator of ours -- that is used to treat intractable pain. He’s worked a long time on these cone snails. The drug he discovered is a little bit different than this drug in the sense that it’s administered right into the cerebrospinal fluid.

Cone-snail stings have some pretty scary and potentially fatal symptoms. Can you describe the process involved in separating the pain-blocking quality of the venom from the harmful elements?

It’s really interesting because animal venoms in general are very complex. They have a lot of different components -- protein components and chemical components -- and a lot of these things are neurologically reactive. So a lot of the things you hear about, like serotonin and related molecules, you find those things in venoms. You find a lot of neurotransmitter-like molecules in venoms. It’s really people like Professor Olivera who have worked so hard over many decades to take these very complex mixtures and isolate all of the different components and study them and really look at what they do.

When you think about the cone snail and how it hunts for fish, most of what’s in its venom is not really all that critical in its ability to hunt for its natural prey. It’s part of the evolution of these creatures that they evolve these very complex venoms that have all these different interesting molecules in them that do a lot of different things.

You isolate all these different components and you investigate what they do. A lot of them aren’t medicinally relevant, but some of them are and that’s how this molecule was originally discovered. At this point, it’s been optimized to make it more like a drug and...the drug is different than the original discovered molecule.

How would KCP-400 be different than, say, injectable anesthesia?

This drug works systemically. While it is an injectable, it’s not a localized anesthetic. It’s a whole-body treatment for pain. Some of the things that really make this drug different are, first of all it’s not an opioid. The drug itself and the target that it binds to in the body are not expressed in the central nervous system, so they’re not expressed for example in the brain. A lot of the issues relating to addiction, tolerance and safety that you find in opioids and with other drugs used to treat pain are really related to the fact that they’re acting on pain reception in the brain as opposed to pain signaling at the site of injury.

It works on pain signaling at the site of injury and it’s not really quieting the brain. The other thing that’s really exciting from my perspective is that the drug is analgesic and has anti-inflammatory and neuroprotective effects. So when we look at injury models in animals, especially things that commonly replicate what we see in humans, a spinal compression injury for example, we see much less inflammation at the site of injury and we see a much healthier-looking nerve.

That’s really exciting to us because one of the things we have had a lot of in the pain space, we’ve had a lot of masking of pain, drugs that mask pain. The pain is not really considered a disease; it’s considered a symptom of a disease. To be able to have a drug that can actually treat pain like a disease and potentially have disease-modifying qualities to it, neuroprotective qualities and anti-inflammatory qualities, that’s really different.

If KCP-400 winds up becoming a marketable treatment for chronic pain, how do you envision it being administered?

It would be very similar to an insulin injection. It’s a very potent drug so it would be a very tiny subcutaneous injection. We’re targeting a once-weekly injection, although we still have some work to do to determine what the dose intervals are ultimately going to be. But it’s going to be similar to the way people administer insulin, where they give themselves a small injection to the fat pad of their belly.

Patients prefer pills over syringes. Have you thought of other ways that this could be administered?

It is something we’ve thought about a lot. We see that a lot of people do self-inject in a lot of different diseases. I would say over the past 30 years it’s become more common to see injectable drugs where patients go to the pharmacy and get the drug and they self-inject. And doctor’s offices teach them how to do that and then they’re responsible for taking care of themselves in terms of doing those self-injections. But certainly people prefer oral therapies, and there are some innovative things we could do down the road to try to turn this into an oral therapy, or to try to make it not an injectable, like a patch or a drug that’s delivered under the tongue, or something that’s placed on the cheek of the mouth.

How far along are you in the pipeline toward getting this drug tested and approved for the market?

We hope to begin testing the drug in humans next year. There are a lot of interesting things we can do, even in healthy volunteers to look at the pain-relieving qualities of the drug. Of course, we would like to partner this asset with an established company in the pain space. We’re actively promoting the drug with companies right now to try to get them interested in potentially working with us to develop the drug.