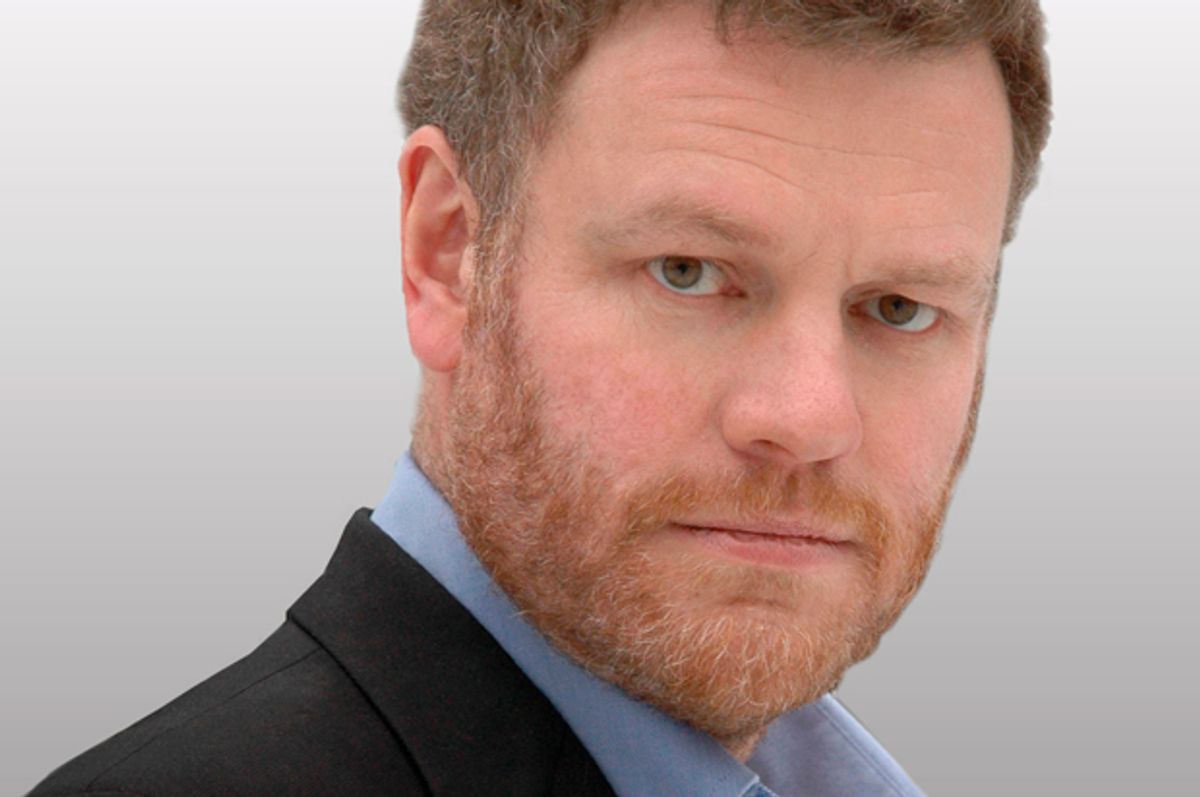 Mark Steyn, the best-selling Canadian-American author and musician known for his vociferous criticisms of Islam and the environmental movement, is suing the business that had been paying him to host a daily video series.

Steyn's eponymous video program was broadcast for little over a month and its abrupt cancellation has turned many of his fans against his former business partners at Conservative Review, threatening to disrupt its paid subscription model.

In a sealed Feb. 21 complaint filed with the U.S. district court in Burlington, Vermont, Steyn and his production company sought a court order to prevent the show from being canceled until the two parties could resolve a contractual dispute. The plaintiffs argued that CRTV (the legal name for the website) ending the program would cause “irreparable harm” to Steyn's employees because they would lose their health insurance. Conservative Review’s actions have also harmed Steyn’s reputation, the complaint argued.

The motion was denied by Judge Christina Reiss, and both sides were ordered to appear at a hearing to take place on Monday until Steyn filed a motion to dismiss the restraining order request after CRTV announced the show's end publicly. He still intends to sue CRTV, Steyn told Salon via telephone.

The case will be litigated in Vermont because the show was taped in Williston, a Vermont city about a 90-minute drive from Steyn’s residence in Woodsville, New Hampshire.

Since the initial complaint was sealed, the full nature of the dispute between the two parties is not clear.

“I had only been doing the show for a little over a month, and had hoped to be doing it for a long time to come,” he wrote on Feb. 27. “I didn’t know until they fired me,” he told a fan the next day on Twitter when asked why he failed to inform his audience that the show had been canceled.

On Wednesday, Steyn tweeted that neither he nor his production firm had been paid by Conservative Review. He confirmed that to Salon today saying that he had spent "a six-figure sum" to provide payments for employees and logistics and had not been reimbursed. According to Steyn, CRTV refuses to pay for health insurance for anyone working for its website and television operations so he opted to have his show staffers become his employees so that he could provide it to them instead.

Conservative Review has been even more reticent, releasing only a brief Facebook post confirming that Steyn’s program was canceled.

“CRTV’s contract with Mark Steyn Enterprises has ended, and we will no longer be carrying the Mark Steyn Show,” the statement reads. “CRTV wishes Mr. Steyn and his team the best in their future endeavors.”

According to Judge Reiss’ summary of the Steyn brief, after the pundit had filmed what would become his last segment and left the building, a Conservative Review representative entered the studio and informed the staff that the show had been canceled, effective immediately.

The cancellation of the program was made at the behest of Cary Katz, CRTV's principal investor and founder of the company. Although he is little known to most political observers, he has fast become one of the most significant Republican donors in the country.

Before Barack Obama became president, Katz had given comparatively little money to candidates and not seemed particularly interested in conservative causes either. In fact, according to the donation tracking website OpenSecrets, Katz’s earliest contributions were actually to Democrats Rep. Peter Deutsch of Florida and former congressman Bob Menendez of New Jersey, now a U.S. senator. He also gave money to former Sen. Jim Jeffords, a onetime liberal Republican who later became an independent.

In the years that followed, Katz — who is also known as an ace poker player — primarily donated to “establishment Republicans,” such as former president George W. Bush, 2012 presidential nominee Mitt Romney and Missouri Sen. Roy Blunt.

Katz’s political giving undertook an abrupt change in 2009, perhaps related to his business concerns as founder of College Lending Corp., a private company that specializes in marketing loans to university students.

Formerly a massive operation that lent out nearly $11 billion in 2008, College Lending’s business model was essentially eradicated in 2010 when Obama signed his signature health care bill. The Affordable Care Act included a lesser-known amendment that abolished private-sector distribution of federal student loan monies. Banks are still allowed to lend their own money, however.

The provision, which many Republicans condemned at the time, was designed to save the federal government money and reduce the budget deficit. It appears to have achieved that objective.

As an early version of the loan modification measure began wending its way through Congress, Katz changed his donation habits. Instead of giving to candidates beloved by GOP elites, he began massively funding conservatives who were campaigning against the Republican mainstream and party leadership.

One other thing these political personalities had in common is their professed desire to completely repeal the Affordable Care Act and “start over,” as Palin has repeatedly demanded. A total repeal of Obamacare would, of necessity, also reinstate the federally backed private student loan industry, on which Katz built his fortune.

It’s notable that the website started by Katz in 2014 — as “managing member” and sole officer — has kept that same approach to the health care law, favoring total repeal.

The irony is thick enough to cut with a knife, especially since Conservative Review has made condemning Republicans for alleged impurity its branding signature. It even boasts its own “liberty score” metric, which it uses to prop up politicians it likes. The site does not disclose whether its ownership has donated to those politicians or candidates nor does it inform readers as to who is creating the ratings.

A representative for CRTV said the website and video network currently has additional investors but would not name any of them since "we don't want people digging around in their backgrounds."

According to Steyn, Katz is the only person who was ever presented to him as having any real authority within the company. "As far as I'm concerned, CRTV is Cary Katz and Cary Katz is CRTV," he said. Steyn added that every expenditure he ever submitted had to be personally approved by Katz.

Besides Steyn, Conservative Review has hired on several other right-wing media figures including radio host Mark Levin, Christian nationalist author Steve Deace, and former Ted Cruz staffer Amanda Carpenter. CRTV featured a few extended-length videos from pundit Michelle Malkin in December but has not displayed anything from her since.

Conservative Review's hard-edged approach as the self-proclaimed arbiter of conservatism has alienated many on the right, to the extent that people have heard of it.

"Conservative Review has never met a conservative policy accomplishment they couldn't find a reason to oppose," said a senior staffer for a Republican senator.

"They're a great place to read inaccurate uninformed stories attacking conservative Republicans in Congress," said an aide for a conservative GOP senator from the Southeast. "It's hard to imagine why that would be interesting or persuasive to anyone they're trying to influence."

Negative remarks from congressional staffers would normally be good for a far-right website but with GOP leaders tasked with enacting the campaign promises of President Donald Trump, CR's antagonism toward Republicans has become a liability for the site among grassroots Republicans, especially after its star Mark Levin became so publicly identified with the "Never Trump" movement in the primaries last year.

Many in the GOP base have not forgiven Levin for his many harangues against Trump being a secret liberal trying to take over the GOP; his name is often met with scorn on conservative websites like Free Republic. The widely read pro-Trump blog Conservative Treehouse has excoriated Levin and CR for many months. The site's owner blasted them again in a March 1 post describing Steyn's dispute against CR:

One of the more remarkable benefits from the success of President Trump has been the unmasking of crony-conservatives writ large.  As the larger electorate looked on in disbelief, a generational cycle of battered conservative syndrome was finally broken.

As co-dependents’ no more, the broad base of practical traditional conservatives saw the true self-interested crew of Never Trumper’s for what they are: financial opportunists who use various political media platforms for self enrichment; nothing more.

The historically expressed positions were less about politics and more about business models.  Threaten those interests and all of a sudden positions change. Somehow it always ends up being about money.

The Never Trump coalition showed themselves supporting a host of positions that were previously concealed.  It didn’t take long to discover their positions were funded by special interests, Wall Street interests, Super-PAC’s and corporate media interests.

The erosion of Conservative Review's brand among grassroots Republicans may be why Steyn was shown the door. According to a source, the site had failed to attract the expected number of subscribers since it launched CRTV in October. The fact that no new Malkin videos have been released since December may be another indicator that viewership has failed to materialize and that Katz and other investors may be trying to reduce financial losses.

This story was previously headlined that Cary Katz was a named party in the complaint filed by Mark Steyn and his production company. That is incorrect. Only CRTV was named. It has also been updated to include that Steyn's restraining order motion was withdrawn but that he still intends to sue CRTV.