Is SXSW using immigration enforcement to crack down on unauthorized shows? 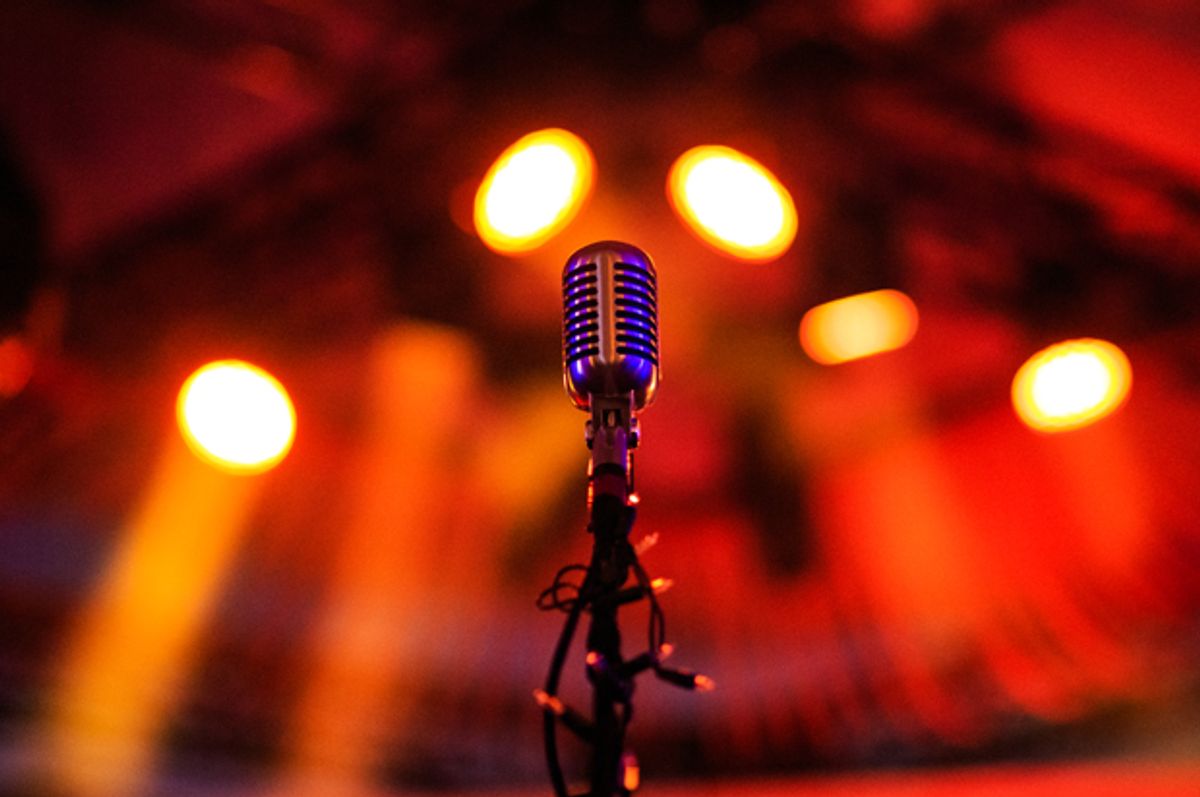 As locals know well, you don’t need a SXSW badge to enjoy the annual March music festival in Austin. Now in its 31st year, the music industry conference and showcase has grown into massive international event attracting more than 100,000 people to the Texas capital every year. A film festival and interactive conference were added along the way. What used to be a four-day affair is now a 10-day opus of entertainment and technology — and parties. Lots of parties.

As the event burgeoned over the decades, badge prices continued to increase. A platinum badge for music, film and interactive will run you $1,650 in 2017. A badge for music costs $1,325. A wristband program in which Austin residents could gain entry to any showcase venue for around $50 was retired a few years ago. Locals and many fans were inexorably priced out of official music showcases. Simultaneously, local businesses saw an opportunity and began hosting events of their own to attract visitors into their spaces. The trend continued to accelerate throughout the 2000s. Now seemingly every place that can fit a band and PA system has live music. From bicycle shops to barber shops, back alleys, back yards, parking lots and rooftops — live music is everywhere during “South By.”

People soon realized they didn’t need no stinkin’ badge to hear lots of music in Austin while networking with people from around the world. Why pay for a badge? I attended SXSW every year from 2005 to 2016. I never had a music badge, and I never missed it. Music is everywhere day and night during SX. Just walk a few blocks in any direction and you’ll hear music of every genre performed by artists from around the country and the world. It’s a magical experience for music lovers.

In response to this development, SXSW organizers incorporated a clause into showcase participant contracts that stipulates artists are not permitted to perform at unofficial events during the festival period, or else they risk losing their showcase privileges. Of course this was unenforceable and has been basically ignored by bands. Artists travel long distances to be in Austin during SXSW. Many performers travel from overseas. Of course they want to take full advantage of the opportunity to play as many shows as possible before eager audiences.

Over the last decade, a realization developed among SX veterans: If you can’t see a band at an official showcase, check the Internet. More often than not you can see them perform at an unofficial event somewhere else. This continues to be the case in 2017.

To be sure, there are visa and work permission implications for paid gigs outside the festival. But virtually none of the bands that perform at these unofficial gigs gets paid, and the vast majority are not money-making events. Admission fees are never charged. They’re parties. Artists want to perform, and fans want to have a good time. That’s what people do in Austin during SXSW.

This organic counterweight to the organized event has drawn the ire of festival organizers. The unofficial version of SXSW has become much more uplifting and exciting than the official showcases, which are plagued by interminable lines and inflated drink prices along with relentless commercialism and advertising. I’ve told my friends for years: Don’t bother with the badge (unless you can get your company to pay for it). The underbelly is where it’s at during SX.

So when this article was published by AV Club, it caught my attention: “SXSW may refer international artists to immigration for playing unofficial shows.” I had a real WTF moment.

That’s pretty ominous language for 20-somethings from Germany, Australia or Japan looking forward to playing live in America: “Immediate deportation, revoked passport, and denied entry.” Even for U.S.-based bands, the threat of being defrocked of festival credentials and suddenly without lodging is scary.

SXSW has issued an official statement regarding the contract language, effectively denying that the festival is trying to intimidate non-U.S. citizens who travel in to play:

We understand that given the current political climate surrounding immigration, the language that was published seems strong. Violating U.S. immigration law has always carried potentially severe consequences, and we would be remiss not to warn our participating acts of the likely repercussions.

Language governing SXSW’s ability to protect a showcase has been in the artist Performance Agreement for many years. It is, and always was intended to be, a safeguard to provide SXSW with a means to respond to an act that does something truly egregious, such as disobeying our rules about pyrotechnics on stage, starting a brawl in a club, or causing serious safety issues.

Even with this statement, it still looks like an attempt by festival organizers to put the big chill on unofficial events. It is regretful that SXSW officials do not embrace the long tail of opportunity and energy that flows through Bat City the second week of March every year. Why not take satisfaction in the global spring holiday you have birthed and shepherded for over 30 years? And let the “Live Music Capital of the World” be itself.