Railroad thefts and guns: A deadly mix in Chicago 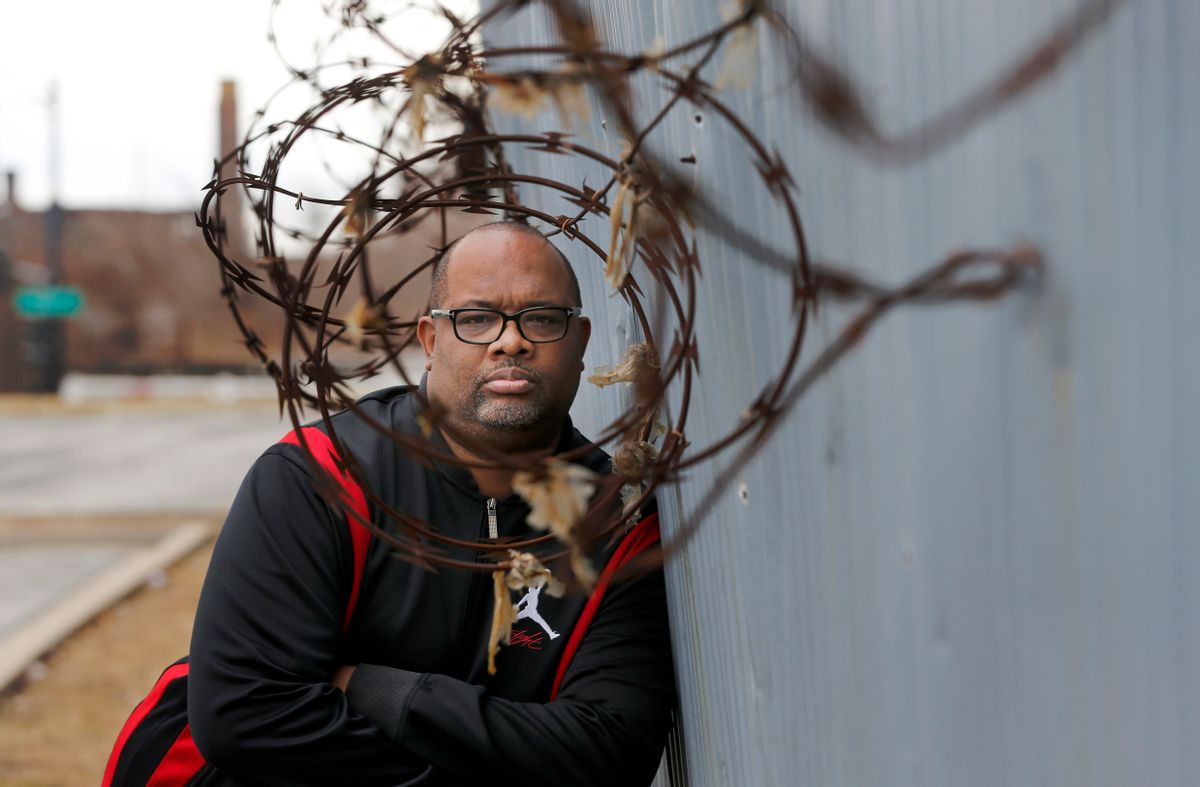 In this Tuesday, Feb. 21, 2017, photo, Pastor Corey Brooks of the New Beginnings Church poses for a portrait on a under maintained security wall that hugs the sprawling Norfolk Southern train yard and his church on Chicago's South Side. When street-gang thieves slipped into a Norfolk Southern rail yard on Chicago's South Side and ripped locks off one train, they likely expected to see merchandise like toys or tennis shoes. What they beheld instead was a gangster’s jackpot: box after box of brand new guns. (AP Photo/Charles Rex Arbogast) (AP)
--

CHICAGO (AP) — Three major thefts of guns from trains at a South Side Chicago rail yard have happened in a part of the city that's been plagued by the kind of deadly violence that led to 762 homicides last year.

Chicago leaders regularly blamed the violence on flows of illegal guns from states with less restrictive gun laws. But community leaders say no one seems to be taking responsibility for the thefts of guns from trains parked in the city.

All three thefts were from the same Norfolk Southern 63rd Street Rail Yard. And court records suggest most of the stolen guns made it into surrounding high-crime communities.

Norfolk Southern spokeswoman Susan Terpay says the company is "doing everything" it can to prevent thefts, including adding more patrols.

Chicago From The Wires Gun Violence