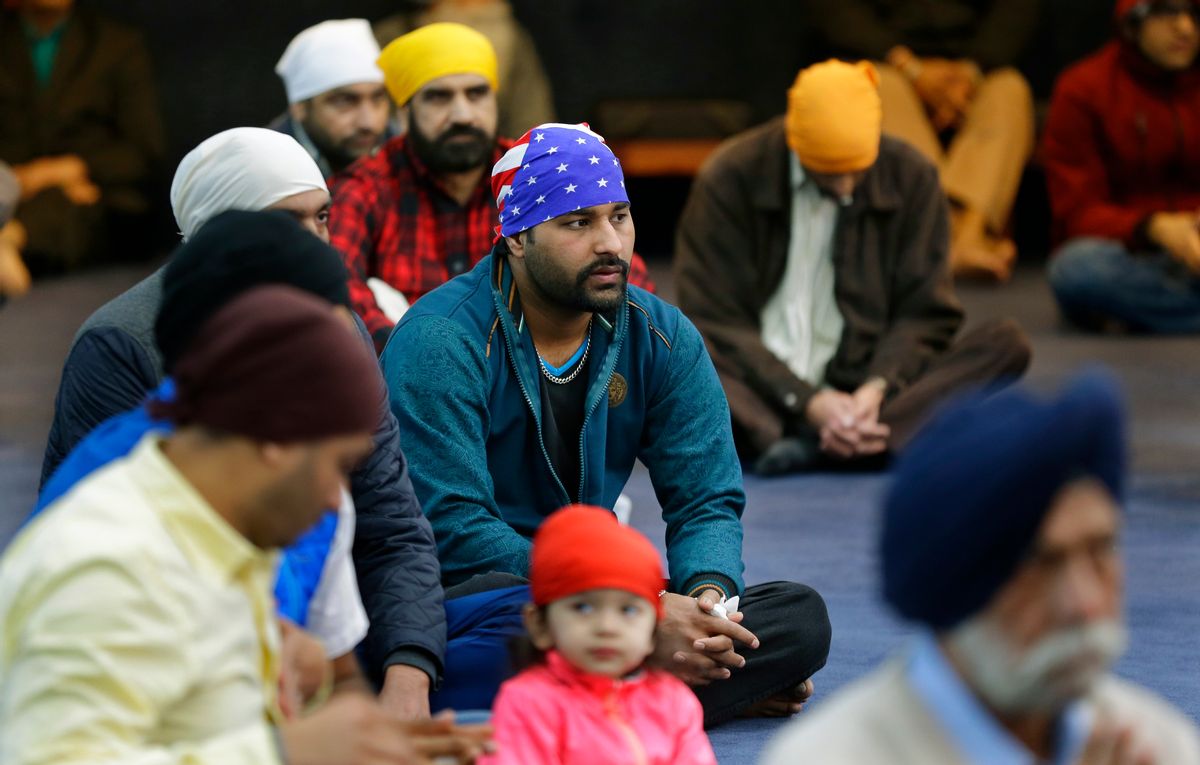 Men, including one wearing a head covering with the stars and stripes of the U.S. flag, attend Sunday services at the Gurudwara Singh Sabha of Washington, a Sikh temple in Renton, Wash., Sunday, March 5, 2017, south of Seattle. (AP Photo/Ted S. Warren)
--

A 39-year-old Sikh man was shot in his Seattle-suburb driveway last Friday after the shooter allegedly yelled, "Go back to your own country." Deep Rai, an Indian-born American citizen, suffered non-life threatening injuries and was released from the hospital on Saturday. The police have asked the FBI for help finding the gunman. American and Indian officials were quick to condemn the attack.

The shooting resembled an attack in February at a Kansas bar, where two Indian immigrants, Srinivas Kuchibhotla and Alok Madasani, were killed at the hands of a white man who screamed: "Get out of my country." Since the shooting, Indian-Americans have expressed alarm over the recent rash of violence, to which the White House denies any connection.

“While we appreciate the efforts of state and local officials to respond to attacks like this, we need our national leaders to make hate crime prevention a top priority,” said Sikh Coalition Interim Program Manager, Rajdeep Singh. “Tone matters in our political discourse, because this a matter of life or death for millions of Americans who are worried about losing loved ones to hate.”

The Sikh community continues to be victim to hate crimes. In 2012, a white supremacist shot and killed six people in a massacre at a Sikh temple in Wisconsin. Sikh groups are calling on the government to investigate the shooting as an anti-Sikh crime.

“Investigating this as a anti-Sikh hate crime is critical, because without our government agencies recognizing hatred for what it is, we can’t combat the problem,” said Jasmit Singh, a Seattle-area Sikh community leader.