Eavesdropping the news: Catching up on Trump's wiretap claims about Obama

Trump's baseless conspiracy theory about wiretaps is really taking off. Here's a primer 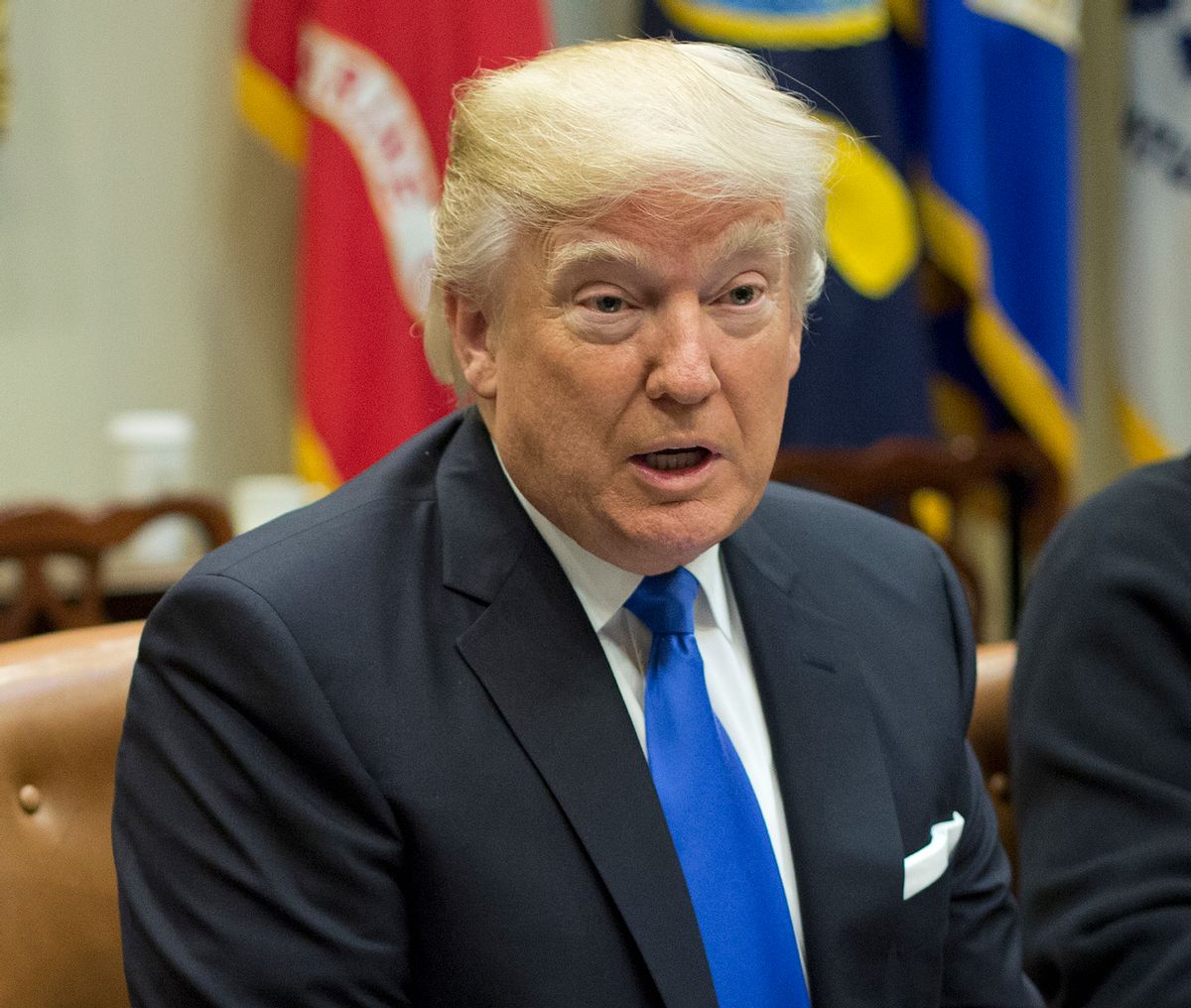 After a joint address to Congress that many critics felt was uncharacteristically sober, President Donald Trump reverted to his old fly-by-the-seat-of-his-pants ways this weekend. Via Twitter, he accused his predecessor, Barack Obama, of wiretapping Trump Tower.

His tweetstorm sent Washington into hysterics, leading to a whiplash of news. Here's a quick primer on what's been happening:

Data from the 2016 presidential election may show that the decision by James Comey, the FBI director, to announce that the bureau was revisiting Hillary Clinton's email server scandal may have cost Democrats that election. Nevertheless, Comey took a stance that appeared to be less favorable to Trump after the president accused former President Barack Obama of wiretapping Trump Tower. On Saturday Comey asked the Justice Department to publicly dispute Trump's claims, constituting an exceptionally rare break between an FBI director and a president.

2. What is the significance behind Trump's talking about wiretapping in the first place?

Of course, it doesn't help that Trump's tweeting could have disclosed a classified wiretapping program. It's also worth noting that there are a lot of details which complicate Trump's narrative of Obama straight-up spying on him during the election. It would almost certainly be illegal for a president to order a wiretap of a politician's phones. Beyond that, phone calls from inside Trump Tower with foreign agents or caught in foreign surveillance sweeps could have been captured without Obama's direct involvement.

While it is legal to wiretap American citizens on American soil in connection with criminal investigations or intelligence gathering, it is very difficult for someone to meet that threshold, especially when dealing with a political candidate.

3. President Trump's surrogates are having a hard time defending him.

Sarah Huckabee Sanders, the principal deputy White House press secretary, struggled to effectively duck a question on Monday's "Today" show about whether Trump's claims about Obama, rather than being based on intelligence, had instead been culled from right-wing media outlets. She eventually said she didn't know where Trump had received information for his claims.

“Is that the source of this information? Strictly from media reports & not from any other source?” @savannahguthrie asks @SarahHuckabeepic.twitter.com/8JKCVBwzc6

Trump made explosive claims—stated as fact—about Obama 48 hrs ago; 2 WH spokespeople went on TV this a.m. not knowing where his info is from pic.twitter.com/ZhGeCOIfrI

The host of "Good Morning America" did not hesitate to interrupt Sarah Huckabee Sanders on Monday when she strayed into the realm of outright lying. When she claimed that Trump's assertions about Obama wiretapping him had been widely reported, George Stephanopoulos interjected, "That is simply not true. . . . Not a single one of those articles backs it up. So what is the president's evidence?" There were three other occasions when he cut her off while pointing out that what she was saying was "not true."

Rep. Jason Chaffetz, R-Utah, who chairs the House Oversight Committee, said on Monday that there wasn't anything "that would support what the president has said." It's a big deal, considering the fact that Chaffetz has taken flak for being remarkably unwilling to investigate a president in his own party. On "CBS This Morning," Chaffetz observed that he had not found evidence to support Trump's assertions about Obama.

"I learned a long time ago, I'm going to keep my eyes wide open," Chaffetz said. "You never know when you turn a corner what you may or may not see. But thus far I have not seen anything directly that would support what the president has said."

Thus far I have not seen anything directly that would support what the president has said. -- @jasoninthehouse on Trump wiretap allegation pic.twitter.com/o2v0ddVHHr
— CBS This Morning (@CBSThisMorning) March 6, 2017

"He's the president of the United States," White House counselor Kellyanne Conway told "Fox & Friends" on Monday. "He has information and intelligence that the rest of us do not, and that's the way it should be for presidents."

Conway would not specify the exact source of this information, instead pivoting to an argument about how The New York Times is spreading misinformation about Trump after the perceived success of his joint address to Congress.

"He's the President of the United States. He has information and intelligence that the rest of us do not." -@KellyannePollspic.twitter.com/r0cSE7IkSL

7. The Trump administration doesn't seem to have the evidence.

As Stephen F. Hayes of The Weekly Standard explained, it seems likely that people will either believe or disbelieve Trump's allegations based more on their partisan bias than any objective understanding of the facts — especially since hard facts seem to be in short supply about this case.

"Most of what we're seeing in the media is the public version of an elaborate game of 'telephone' that's taking place behind the scenes," Hayes wrote.

One thing that's clear, though, is Trump is taking a big risk by making these accusations. "The risk is that there'll be a day of reckoning — perhaps after documents are subpoenaed and testimony demanded — when a Republican Congress embarrasses the White House by saying the president was flat wrong when he accused his predecessor of a crime," wrote Axios.

And to shed light on the president's state of mind in the days leading up to his Twitter rants against Obama President Trump, some news outlets have reported that President Trump is furious with how his staff handled the controversy surrounding Attorney General Jeff Sessions in the wake of reports that he had conversations with a Russian ambassador that he had not disclosed.

“Nobody has seen him that upset,” said one source to CNN. Trump was apparently livid about the Sessions coverage not only because it raised further questions about his campaign’s relationship with the Russian government but because it also wound up overshadowing his joint address to Congress in the news. When Sessions recused himself from any investigations into Russia after Trump specifically predicted the attorney general would not, the president again turned his wrath against the staff for what he felt was inadequate protection for Sessions.