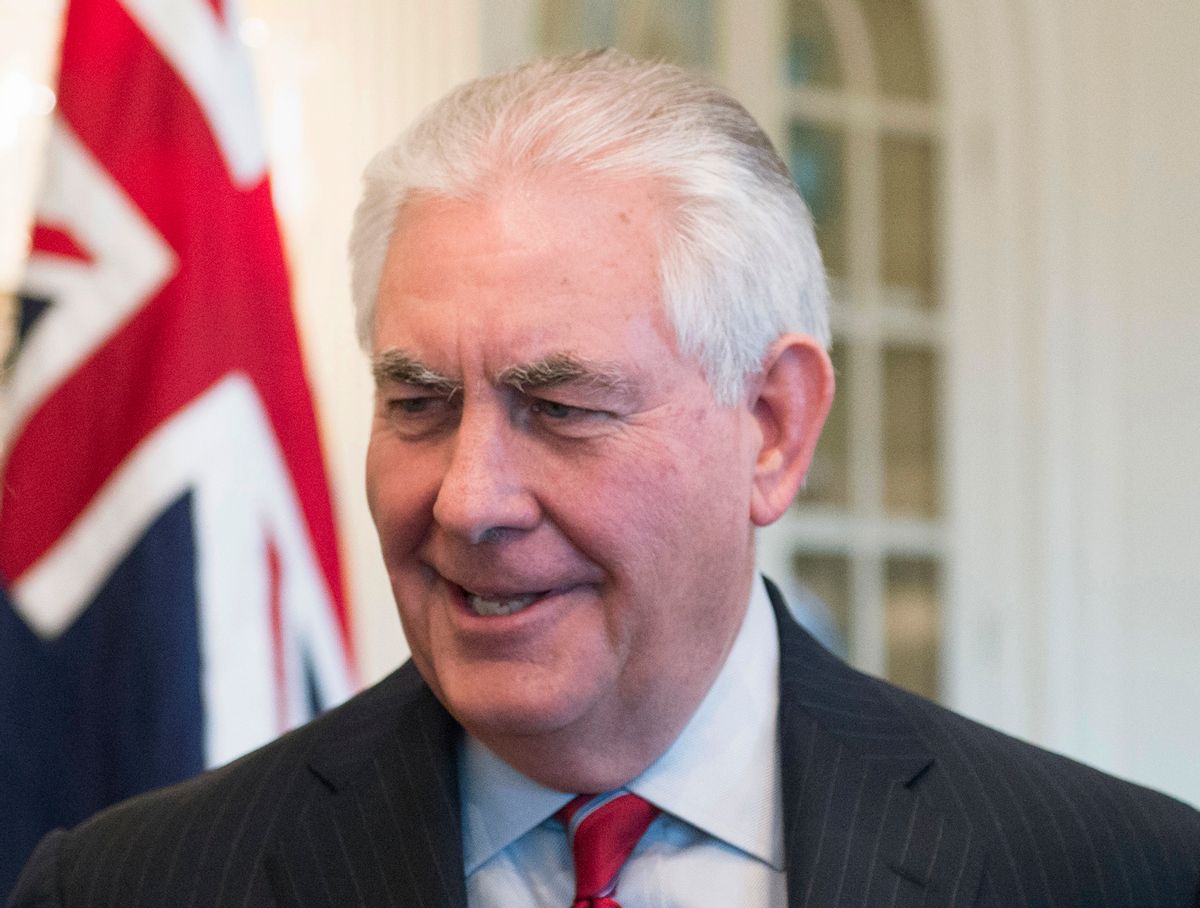 Secretary of State Rex Tillerson has kept a low-key profile — arguably even a no-key profile — and it is apparently undermining confidence in his abilities within the State Department.

It's been reported since last month that Tillerson has been sidelined within the Trump administration, as foreign policy power seems to have been handed to Trump's son-in-law Jared Kushner and chief strategist Steve Bannon. In the meantime, the State Department has been left in disarray, its future importance uncertain because of its loss of influence and Team Trump's planned series of massive funding cuts.

Even though on Monday the State Department is restoring its press briefings, which traditionally were held daily with rare exceptions, Tillerson is not expected to appear, according to Politico. State Department sources also told Politico that Tillerson's anticipated absence, combined with the budget cuts or Tillerson's inability to use the State Department to set a clear foreign policy agenda, has caused a significant loss of faith in his leadership within the agency.

For the time, acting spokesman Mark Toner is going to control the press briefings, but they will only be held from Monday to Thursday, with half of those occurring by telephone instead of in-person. Although Toner has experience in the Foreign Service, he is not expected to stay in that position, with Fox News anchor Heather Nauert reportedly being considered as a replacement.

What remains open for discussion is whether Tillerson's hands-off approach is deliberate or a sign that he is effectively powerless. Because Tillerson is the first American secretary of state to lack any previous political or military experience, some insiders speculate that he is simply taking it slow until he feels confident in his abilities. Others however, point to how the State Department has scrambled to keep up with Trump's oft-erratic foreign policy decisions, frequently succumbing to frustration as other nations' foreign policy apparatuses manage to more effectively spin narratives to their liking. Politico also reported that career State Department staffers have much less access to Tillerson than they did to previous secretaries of state.