"This presidency is fake and failed": Mika Brzezinski no longer has hope in President Trump

MSNBC's "Morning Joe" has been somewhat cozy with the new president, but no one could say that this morning 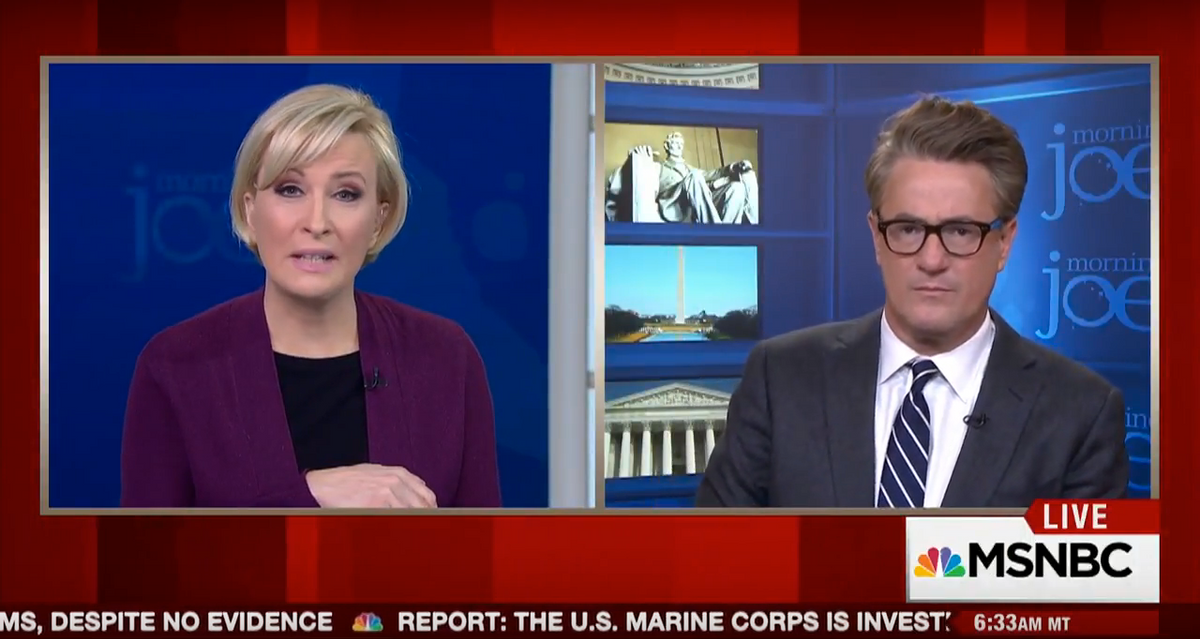 A tumultuous two months was all Mika Brzezinski needed to realize that hope in a Donald Trump presidency was futile. On Monday, the co-host of "Morning Joe" said that Trump's tweeted accusation about an alleged wiretapping ordered by former President Barack Obama shows that the current president is unable to handle such a monumental job.

"I had hope and an opened mind. I have lost hope completely and my mind is closed," she said to close the show. "This presidency is fake and failed."

"This presidency is fake and failed"-@morningmika, today

Even her co-host, Joe Scarborough, who has heard criticism in recent months for his friendly relationship with the president, said that Trump was "totally unprepared for the job."

"I think he just doesn't care. All he wants to do is blow something up, as big as an explosion as possible to distract from other things," Scarborough said. "Everything is the short game. It proves he is a day trader and he does live in the eternal now. So he doesn't care. He doesn't care who he hurts."

Brzezinski was visibly emotional at one point in the show, distraught over Trump's conduct in his first 45 days.

"I thought this presidency could happen. I thought he could win. He certainly wasn't my first choice. I wanted to have hope and I wanted to have an open mind," she said. "It's past time that we lower the bar so low that we are in the ditch."

Scarborough seemed to agree. He singled out Chief Strategist Steve Bannon, who is said to have the ear of the president. Scarborough called Bannon "the most dangerous person" and a guy who "wants to destroy the government."

It took an impressive 45 days for the "Morning Joe" hosts to catch up to the audience of their show.

Watch the segment from this morning's "Morning Joe" below: