LePage is attacking the Republican plan from the right 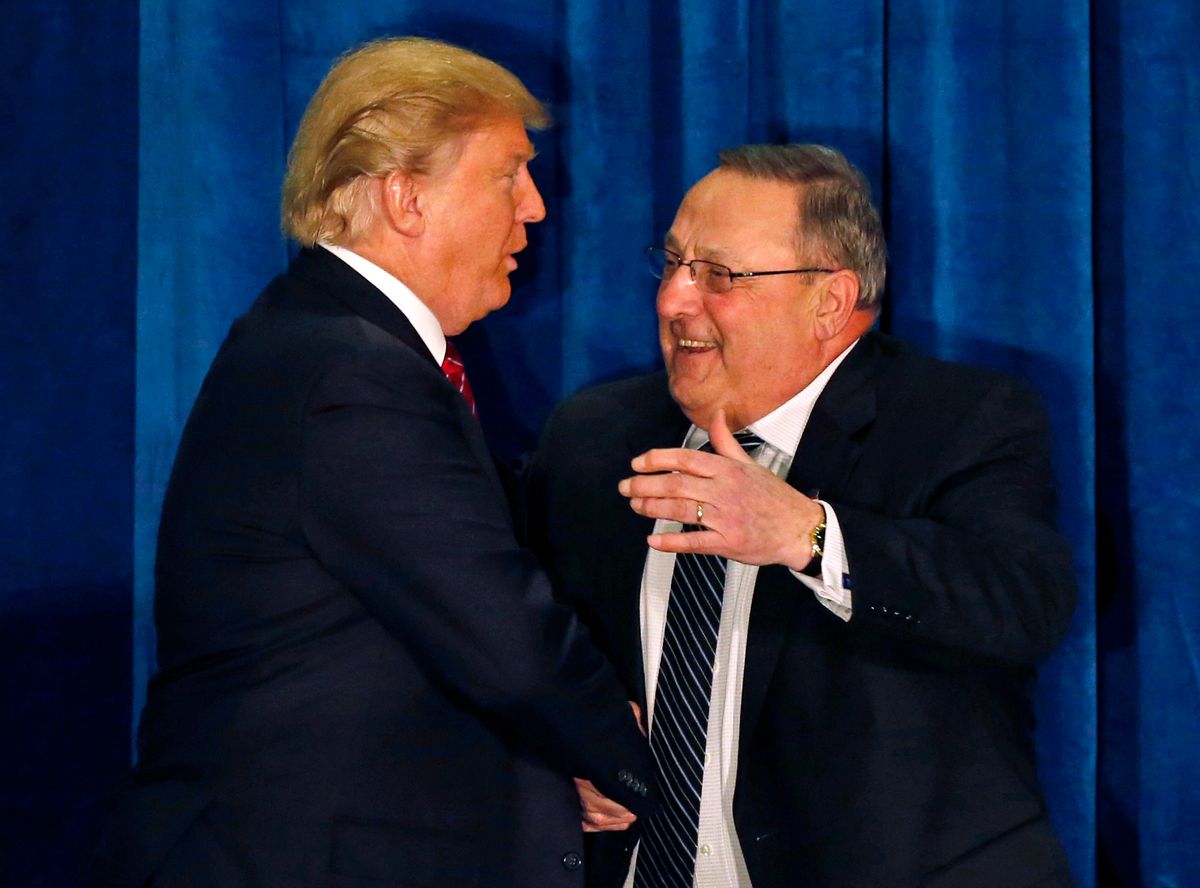 While the most consequential Republican in-fighting over the Obamacare repeal-and-replace bill involves its planned scrapping of Medicaid expansion, far right-wing Republican Gov. Paul LePage of Maine thinks the biggest problem with the legislation is that it isn't conservative enough.

"Right now, I am very, very discouraged and disappointed with what the House Republicans are introducing," said LePage in an interview on "The George Hale and Ric Tyler Show" on the radio station WVOM in Maine. "Basically it's not much better than—in fact, I don't know, they haven't scored it yet, so we don't know what the cost is. But based on what I see and I'm reading and what has happened here in Maine over the last 15 years, I don't think it's an improvement."

LePage added, "Being Maine and being the oldest state in the union, we are going to be not on the front end, not in a good place with what's on the table right now. I think what they need to do is rethink what they're doing. Because we've already lived it. We've had the early expansion. We've lived through Obamacare. We've learned some lessons and they ought to be watching and listening and using the data that we have."

These conservative opinions put LePage on the same wavelength as conservatives and libertarians like Sen. Rand Paul, R-Kentucky.

LePage has a long history of making controversial statements that appeal to far right sensibilities. Last year he complained that heroin dealers with names like "D-Money, Smoothie, Shifty" sell heroin and "half the time they impregnate a young white girl before they leave." In 2013 he claimed that President Barack Obama "hates white people," while in 2012 he diminished the Holocaust by saying, "The Holocaust was a horrific crime against humanity and, frankly, I would never want to see that repeated. Maybe the IRS is not quite as bad — yet."