" I think he owes it to this committee to come back and to explain himself," Franken said of the attorney general 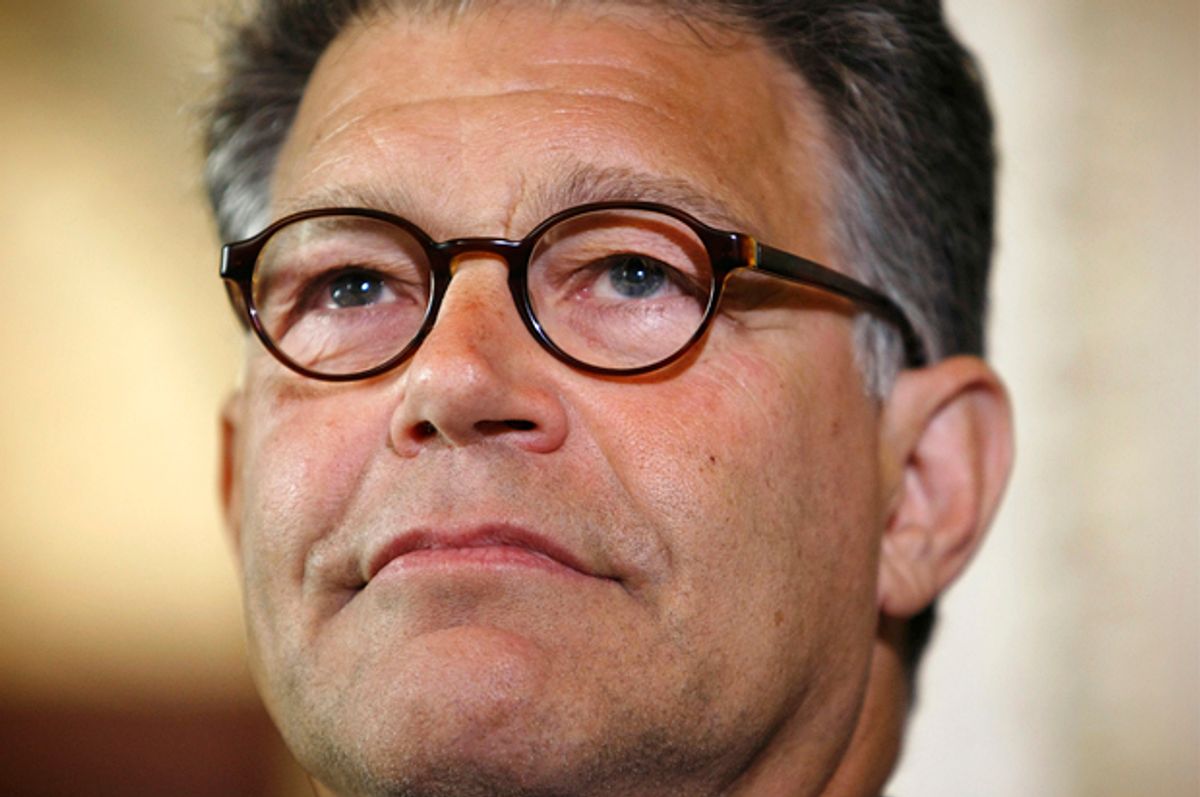 Instead of returning to testify before Congress about his recently revealed meetings with Russia, Attorney General Jeff Sessions released a letter Monday denying that he’d misinformed Congress and the public, insisting his statements were correct all along. On Tuesday, Minnesota Democratic Sen. Al Franken called Sessions' letter as "insulting" and demanded that Sessions appear before the Senate Judiciary Committee to explain why he failed to mention the meetings during his confirmation hearings in January.

“I think Senator Sessions should come back," Franken said at a confirmation hearing Tuesday for two more of Trump’s Justice Department nominees. On Friday, Democrats on the committee called on Sessions to return to the Hill to explain his failure to disclose potentially explosive information about his repeated meetings with Russia's ambassador to the U.S., and his subsequent decision to recuse himself from any probes into Russian involvement in the U.S. election. Sessions instead opted to submit written responses to the committee, denying that he had answered Franken's question falsely.

“I’ve bent over backward not to say that he lied,” Franken said of Sessions Tuesday. "He says in his letter ‘I did not mention communications I had with the Russian ambassador over the years because the question did not ask about them,” Franken noted, calling Sessions' suggestion "insulting":

I asked him what he would do as attorney general if it was true that members of the campaign had met with Russians! So he says, "I did not mention communications I had with the Russian ambassador over the years because the question did not ask about them." He answered a question I didn’t ask, and for him to put this in his letter as a response is insulting!

“You probably should have given him a chance to get the information you had and reflect on it, and give an answer in writing,” Republican Chairman Chuck Grassley of Iowa said to Franken in defense of Sessions. “I consider what Senator Franken asked Sessions at that late moment that that story just come out is a gotcha question!” Grassley argued.

“It can’t be a gotcha question if he didn’t answer the question,” Franken shot back. “So, the thing that got him was him saying he had not met with Russians.”

“It was, from the standpoint that he didn’t know what you were asking about,” the chairman responded.

“Look at the tape,” Franken grumbled as Grassley banged on his gravel. Grassley has said that he will not call for Sessions to appear in person before the committee until his annual oversight hearing.

Later on Tuesday, Franken didn't hold back when he told CNN’s Jake Tapper that he thinks Sessions committed perjury.

"Listen, I’ve been cutting him a lot of slack. I’ve been refusing to say that he lied. I wanted to wait for this letter to come out. It’s hard to come to any other conclusion that he just perjured himself,” Franken said frankly. "He answered a question that he asked himself, which is, did I meet with any Russians? And he answered it falsely. He said no. I hadn’t."

We have not even reached day 50 of the Trump administration and a United States senator is already accusing the Attorney General of committing a crime in order to be confirmed as top cop of the land.