The documents, WikiLeaks claims, have to do with the CIA's hacking programs 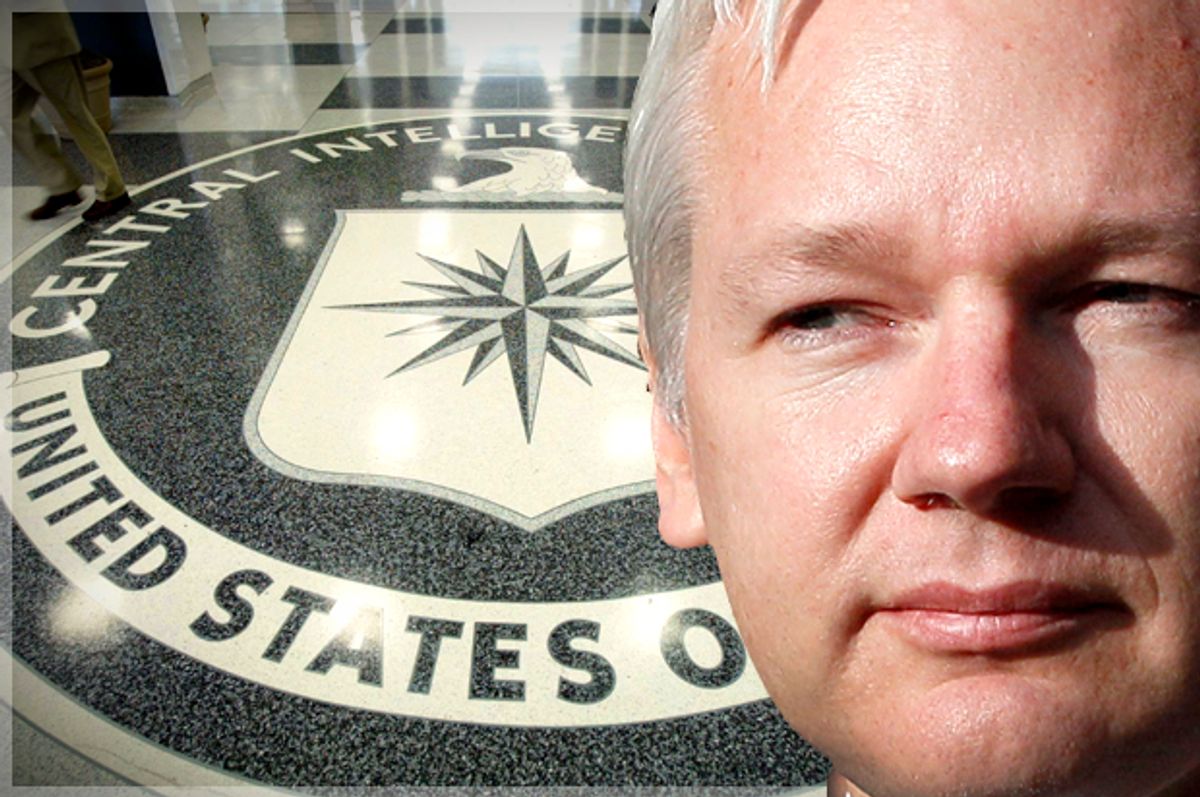 Less than two days after Roger Stone, a political adviser to President Donald Trump, bragged about having a "back channel to [WikiLeaks founder Julian] Assange," WikiLeaks is claiming to have leaked roughly 8,000 pages worth of documents, many of them pertaining to the Central Intelligence Agency's hacking programs.

On Tuesday WikiLeaks released documents that it alleges were taken from the CIA's Center for Cyber Intelligence. If this is true, it would be consistent with a warning issued by the organization in a tweet earlier in the day.

If WikiLeaks' claims are accurate, and the CIA did lose control of such a massive amount of material about how the agency engages in hacking, that information could be available to anyone who stumbles across it.

"The CIA lost control of the majority of its hacking arsenal including malware, viruses, trojans, weaponized 'zero day' exploits, malware remote control systems and associated documentation," The Huffington Post reported. "This extraordinary collection, which amounts to more than several hundred million lines of code, gives its possessor the entire hacking capacity of the CIA."

The WikiLeaks dump, if proved to be authentic, would show that the CIA and other American intelligence services can hack into devices ranging from Android phones and Samsung television sets, as well as countless other technological devices regularly used by American citizens and people throughout the world, according to The New York Times. The documents would then demonstrate that these devices could be used to spy on the people who use them or who are in their proximity, as well as engage in other information-gathering techniques.

"We do not comment on the authenticity or content of purported intelligence documents," Heather Horniak, a CIA spokeswomen told Salon.

In October when WikiLeaks released data related to the presidential campaign of Hillary Clinton, then candidate Trump proclaimed, "I love WikiLeaks." Years earlier Trump had called for the death penalty against the WikiLeaks founder.

Assange has well-established connections with the Russian government, to the point where he has even defended not targeting Russia with leaks, claiming there are many "vibrant publications" allowing government criticism there — a claim that's contradicted by reports that chronicle Russia's repressive record on free speech.

This isn't to say that Assange isn't in a politically precarious position. His stay at the Ecuadorian embassy in London could be compromised on April 2, when Ecuador holds the second round of its presidential elections. Although President Rafael Correa has kept his promise to house Assange as he evades sexual misconduct charges in Sweden, Correa's challenger Guillermo Lasso has said that if he wins "we will cordially ask Señor Assange to leave within 30 days of assuming a mandate."

Lasso currently has a slight lead over Correa in the polls.