Bernie Sanders slams Donald Trump: "What should we do if the president is a liar?"

Pulling no punches, the Vermont senator says Trump's lies are a "very serious political problem in this country" 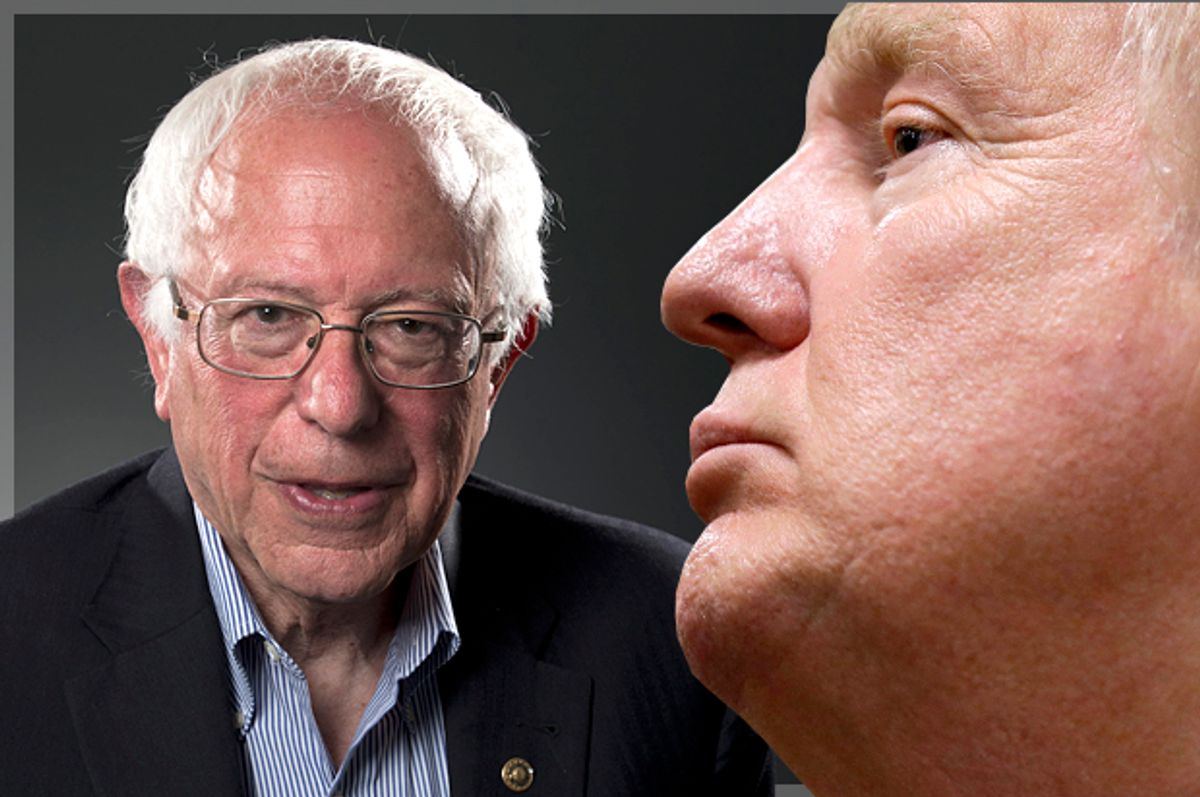 Bernie Sanders is defending himself against backlash for saying President Donald Trump lies by wondering what he, a U.S. senator, and others should do if the president is, in fact, a liar.

In a piece published on Medium on Tuesday, Sanders described Trump as someone who "has complete disregard for reality and who makes assertions heard by billions of people around the world that have no basis in fact."

What should a United States senator, or any citizen, do if the president is a liar? Does ignoring this reality benefit the American people? Do we make a bad situation worse by disrespecting the president of the United States? Or do we have an obligation to say that he is a liar to protect America’s standing in the world and people’s trust in our institutions? . . .

If we have a president who is not taken seriously by people throughout the world because of his continuous lies, our international standing will clearly suffer. . . .

But how do we deal with a president who makes statements that reverberate around our country and the world that are not based on fact or evidence? What is the appropriate way to respond to that? And if the media and political leaders fail to call lies what they are, are they then guilty of misleading the public?

Sanders pointed to some Trump's claims with no basis in fact — that millions of people voted illegally, about the size of his Electoral College win, about the crowd size at his inauguration and (before he took office) that President Barack Obama was not born in the United States — all claims that Trump continued to make, despite being told they were false.

There's another theory to consider. Is it a lie if Trump really believes all the false things he's heard? Here's what The New York Times reported that Trump did on Saturday, after accusing Obama on Twitter of wiretapping his phones.

Mr. Trump, advisers said, was in high spirits after he fired off the posts. But by midafternoon, after returning from golf, he appeared to realize he had gone too far, although he still believed Mr. Obama had wiretapped him, according to two people in Mr. Trump’s orbit.

He sounded defiant in conversations at Mar-a-Lago with his friend Christopher Ruddy, the chief executive of Newsmax Media, Mr. Ruddy said. In other conversations that afternoon, the president sounded uncertain of the procedure for obtaining a warrant for secret wiretaps on an American citizen.

Mr. Trump also canvassed some aides and associates about whether an investigator, even one outside the government, could substantiate his charge.