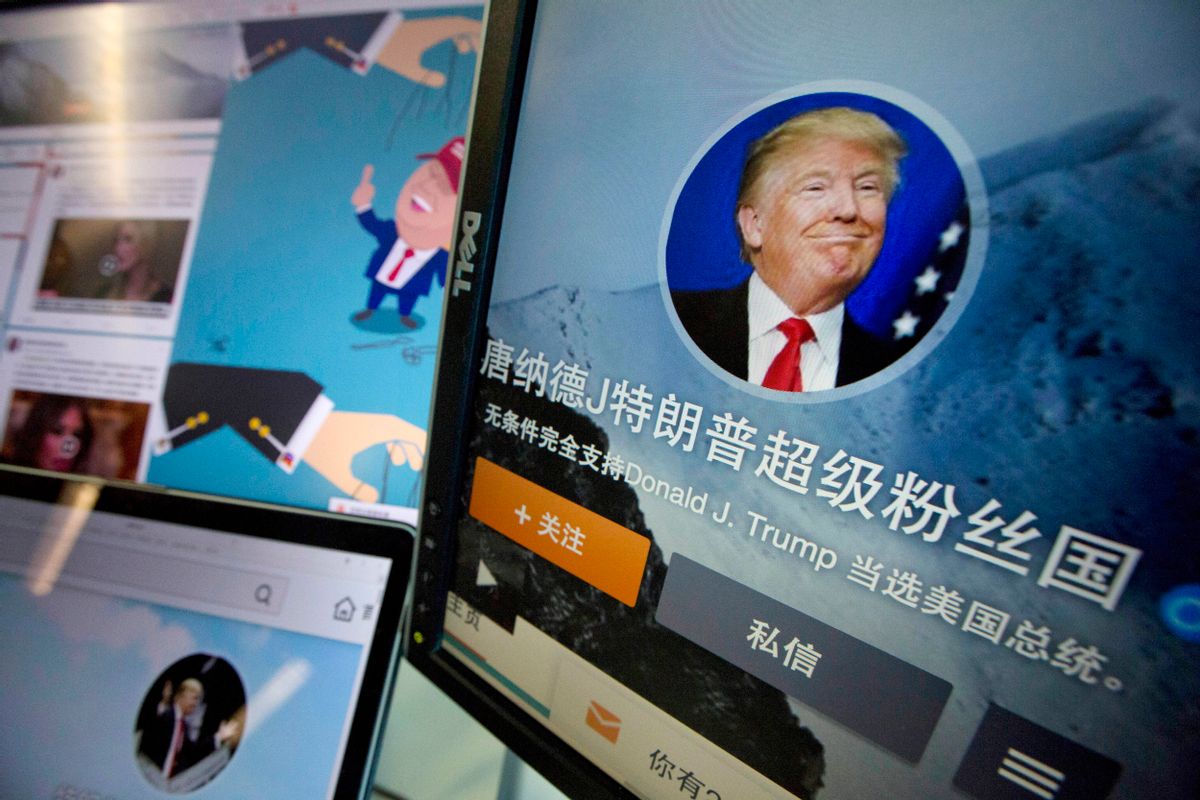 China has granted the preliminary approval for 38 new trademarks belonging to The Trump Organization, meaning the president's family business — ostensibly run by the president's sons — will be able to expand its Asian reach. The trademarks are for a host of branded businesses, including hotels, golf courses and even social escort services.

Trump's lawyers filed the Chinese trademark applications in April 2016, when the campaign for the Republican presidential nomination was peaking. Trump was highly critical of China around that time, accusing it of currency manipulation and stealing U.S. jobs.

Trump's burgeoning portfolio in China could raise some serious questions over his conflicts of interest. As the AP reported Wednesday:

Ethics lawyers across the political spectrum say that if President Trump receives any special treatment in securing trademark rights, it would violate the U.S. Constitution, which bans public servants from accepting anything of value from foreign governments unless approved by Congress. Concerns about potential conflicts of interest are particularly sharp in China, where the courts and bureaucracy are designed to reflect the will of the ruling Communist Party.

The trademarks cover businesses including branded spas, massage parlors, golf clubs, hotels, insurance, finance and real estate companies, retail shops, restaurants, bars, and bodyguard and social escort services. Trump has said that he will refrain from any new foreign deals while he is in office.

"Every American should be profoundly concerned by this enormous expansion of President Trump's entanglements with China," said Norman Eisen, who served as chief White House ethics lawyer for President Barack Obama. "If the president is receiving these flows of benefits from China, how can he be trusted to staunch the flow of jobs from the United States to that country?"

Updated, 3:24 p.m. The Associated Press provided this update to its reporting: "Asked for clarification on how the trademarks would be used, Garten did not elaborate, beyond saying the Trump Organization has no plans to operate any sort of escort service in China."