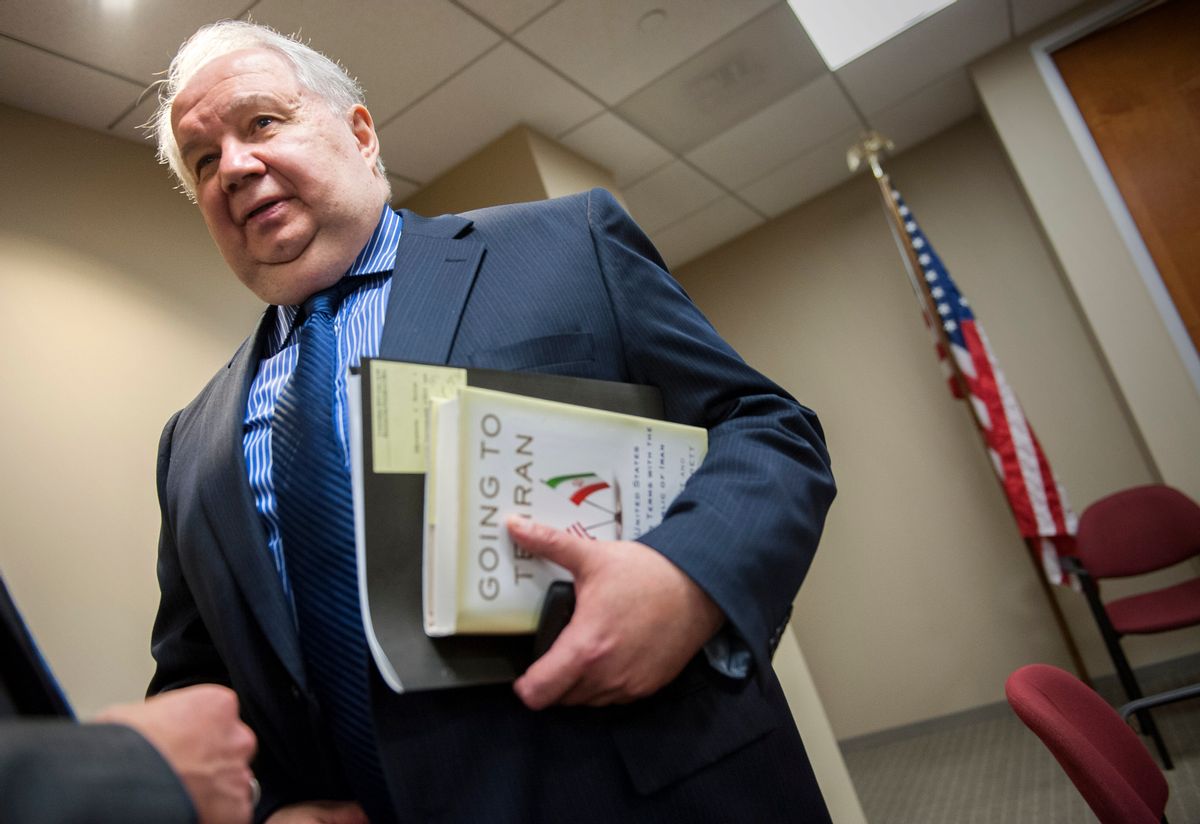 President Donald Trump's claims that he had no connections to Russia are becoming more dubious after reports that he did in fact have contact with a high-level member of the Russian government, and that one of his campaign's staffers visited the country last year.

Despite claiming that Trump had not interacted with anyone associated with the Russian government, The Huffington Post found that a Wall Street Journal article from May 2016 discussed Trump meeting with Russian Ambassador Sergey Kislyak — a man whom Attorney General Jeff Sessions said he didn't meet, before admitting he met him.

"The National Interest hosted Mr. Trump’s foreign policy speech and pre-speech reception," Trump spkeswoman Sarah Huckabee Sanders told The Huffington Post. "Several ambassadors were present. Mr. Trump was at the reception for about five minutes and then went immediately to the podium. We have no recollection of who he may have shaken hands with at the reception and we were not responsible for inviting or vetting guests. To state a ‘meeting’ took place is disingenuous and extremely misleading."

Merely admitting that Trump met with the ambassador is a big step back from what Trump said in a press conference last month.

"Russia is a ruse. I have nothing to do with Russia. Haven’t made a phone call to Russia in years. Don’t speak to people from Russia," Trump said.

Though the Trump campaign initially denied that Carter Page was an influential part of their team, Corey Lewandowski, Trump's then-campaign manager, allowed Page to visit the country to give a speech, Politico reported, though wouldn't allow him to go in an official capacity. J. D. Gordon, who supervised Page on the campaign's National Security Advisory Committee, told Politico that he strongly urged Page against going to Moscow for a July 7 speech.

"Is it possible that he emailed me asking if he could go to Russia as a private citizen?" Lewandowski told Politico on Tuesday. "I don’t remember that, but I probably got 1,000 emails a day at that time, and I can’t remember every single one that I was sent. And I wouldn’t necessarily remember if I had a one-word response to him saying he could do something as a private citizen."