The annual gathering in Austin, Texas, is a major forum for identifying the latest tech trends 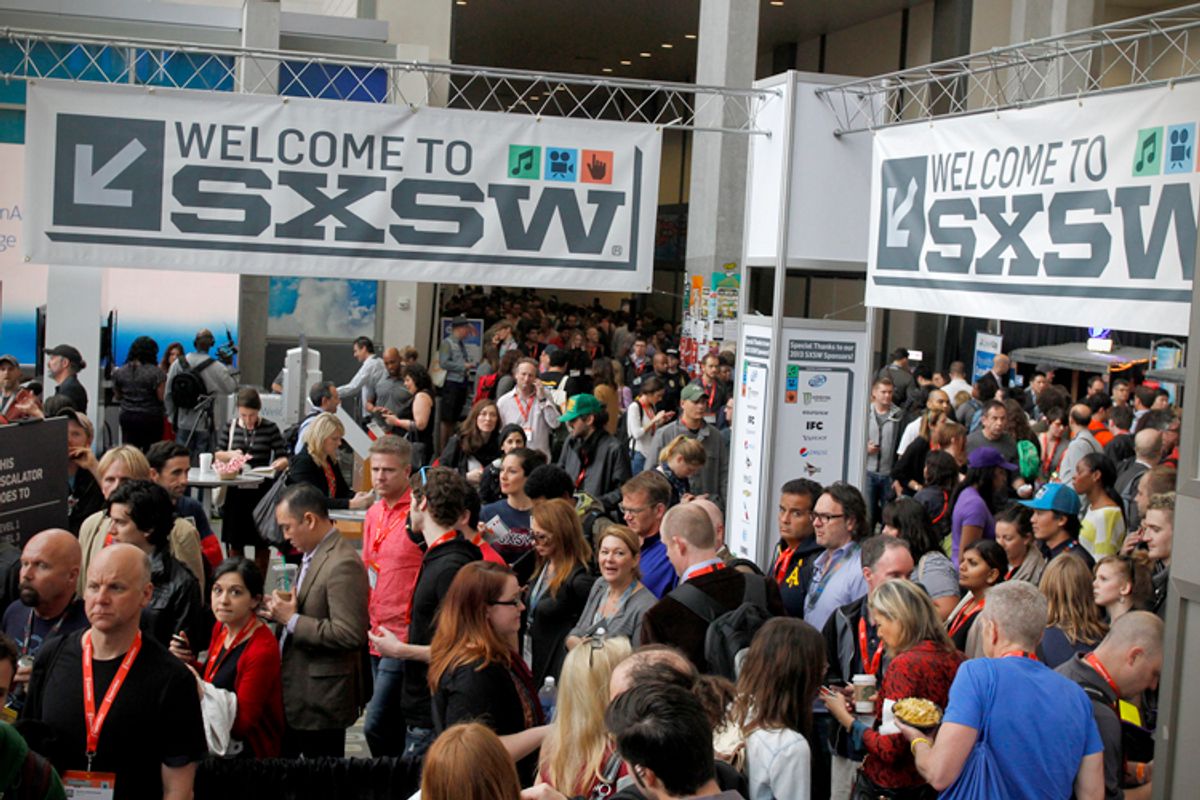 When it was founded 31 years ago, South by Southwest was easier to define: It was an annual musical showcase linking up-and-coming recording artists with industry executives in Austin, Texas, a city known for its vibrant music scene, cultural eccentricity and barbecue.

But over the years, the South by Southwest Conference and Festivals has grown into a massive annual series of citywide events touching on music, film, media and technology. SXSW, as it's known, now includes a trade show, a job fair, an education-themed conference and throughout innovators will have opportunities to pitch their ideas to potential financial backers.

The annual 10-day event, which begins Friday with a keynote address from Sen. Cory Booker, D-N.J., has ballooned into an gathering so large that in recent years city officials have curbed the number of special musical events. And some music journalists have criticized the annual event for becoming too big and commercialized to be a place for musical discovery.

Criticisms aside, not only do city officials and local businesses love the annual revenue that SXSW generates (about $325 million last year including year-round planning operations). But the music part of the gathering is slowly turning into more of a sideshow than the main act, and the main act is increasingly focused on media and technology (through SXSW Interactive).

Last year SXSW Music attracted about 30,300 people to 2,200 acts, about the same amount as the prior year, compared with the nearly 37,600 people who flocked to listen to about 3,100 speakers at the SXSW Interactive. That represented a considerable spike from the roughly 34,000 who gathered for 2015's 2,700 speakers, according to figures provided by SXSW event planners. That level of traffic isn’t bad, considering an all-access ticket to any one of the main attractions — SXSW Interactive, SXSW Music or SXSW Film — costs $1,325 apiece. (The truly ambitious can buy a single all-access ticket affording entry to all three for $1,650.)

Many of last year’s SXSW Interactive sessions focused on virtual and augmented reality technology, but several of this year's will touch on the rapidly evolving technology that underpins machine learning, deep analytics and the cognitive human-like interactions needed to make artificial intelligence more consumer friendly.

Among 2017's presenters is Inmar Givoni, who is the director of machine learning at Kindred, which develops algorithms to help robots better interact with humans. She will offer a primer on the technology that's increasingly entering our daily life. In a separate session, digital anthropologist Pamela Pavliscak will discuss advances in AI that are enabling machines to accurately read emotions and respond accordingly. Other sessions will cover how artificial intelligence will be deployed in satellites and the way Disney is adopting AI to make storytelling more interactive at its theme parks.

As autonomous driving continues to rapidly progress, more attention is being paid to transportation and smart city technologies. Dieter Zetsche, the head of German automotive giant Daimler that makes Mercedes-Benz luxury cars, will talk about how digital mapping is playing an increasingly important role in the accuracy of connected and autonomous vehicles. Another session will tackle ways to ensure that people don’t rely too heavily on semiautonomous features and become lazy, inattentive drivers.

George Hotz, who developed a $1,000 self-driving car kit that could be installed in older cars, will discuss “the real future” of self-driving cars. Last year Hotz clashed with regulators when he tried to market his invention. U.S. Department of Transportation officials will attend SXSW Interactive to discuss the need for a national strategy for transportation data collection so as to make connected cars work seamlessly across state lines and in different cities.

Planning cities of the future

Several sessions during SXSW will explore how cities can adopt emerging technologies to grapple with current challenges — not just so people can move through crowded urban areas but also how connected technologies can radically change the management of many aspects of a city.

Sherri Greenberg, a professor at the University of Texas at Austin's Lyndon B. Johnson School of Public Affairs, will participate in a panel discussing how technology can address urban challenges such economic segregation and the need for more affordable housing and healthy recreational activities. Atlanta Mayor Kasin Reed will headline another panel to outline the latest developments in smart city technologies.

Innovation in the medical industry is taking new turns with the advent of technology aimed at improving the access, collection and distribution of patients’ health care data. Kate Black, privacy officer for the personal genomics company 23andMe, will address growing concerns about health care privacy in the digital age. Separately, Karen Desalvo, acting assistant secretary for health in the U.S. Department of Health and Human Services, will participate in a discussion about the federal government’s lagging system for sharing health data, still largely using paper or outdated unconnected computers scattered among different agencies.

Other sessions will cover how data, engineering and policy can be deployed to provide consumers the power to compare prices on health care services and ways to offer access to new health-related technologies to low-income communities.

Considerable attention has been paid to Silicon Valley's lack of gender and ethnic diversity but that's not the only sphere in the tech world where diversity is lacking. Dozens of sessions at this year’s SXSW Interactive will tackle these issues; topics will range from how digital storytelling can provide a voice to underrepresented groups to the need for recruiting mid-career people of color in the tech industry.

Denmark West, who serves as chief investment officer of the Connectivity Ventures Fund that backs tech startups, will participate in a panel of African-American venture capitalists (there aren’t many), discussing the need to support ventures backed by people of color.