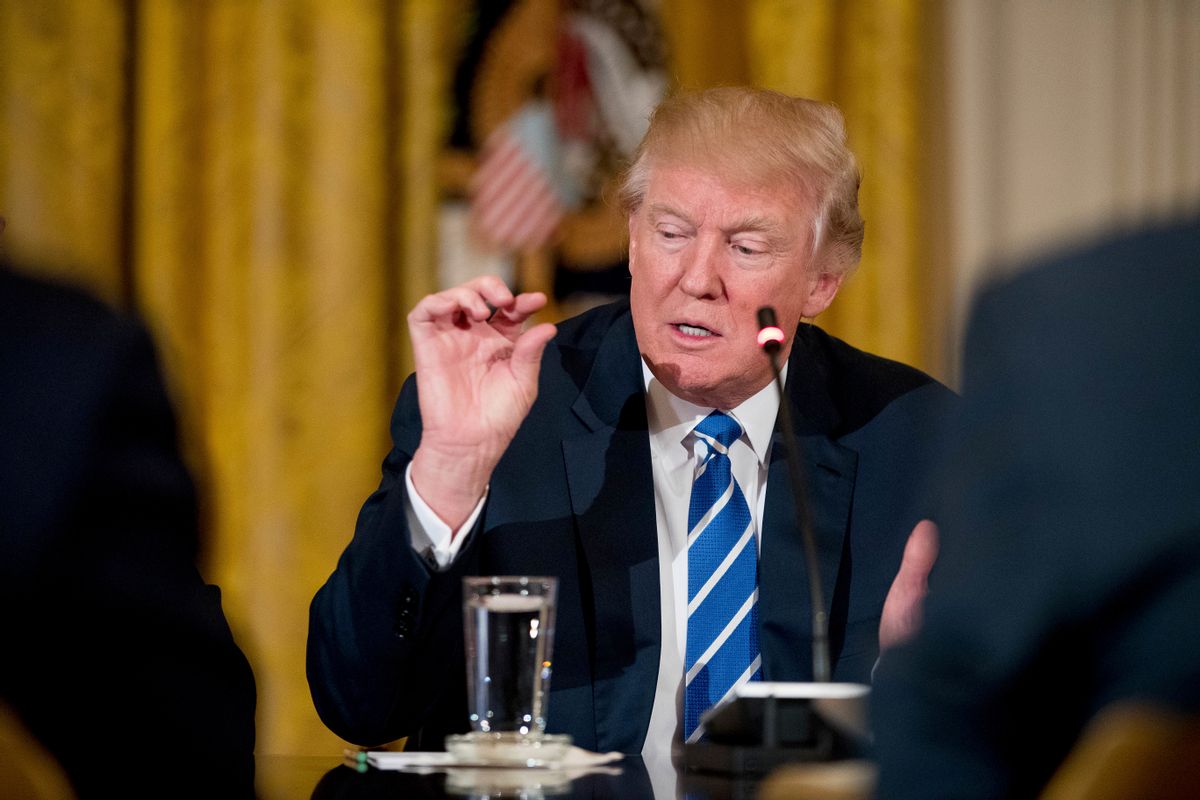 The best way to think about the new Republican bill to “replace” the Affordable Care Act is as a slapdash scheme to take money from low-income people and give it to the rich. In the most basic sense, the Affordable Care Act taxes the wealthy so that subsidies can be provided to people who can’t otherwise afford health insurance. The American Health Care Act — crafted by House Speaker Paul Ryan and endorsed by President Donald Trump — eliminates those taxes on the rich, reduces the amount of money going to individuals who aren't wealthy and makes it harder for low-income people to obtain health coverage.

This is especially true for the older Americans who voted in force for Trump in the 2016 election. Exit polling has indicated that voters ages 50 to 64 represented 30 percent of the total electorate, and 52 percent of them voted for Trump. They were critical to Trump’s victories in Michigan, Wisconsin and Pennsylvania — the three states that handed him the presidency. Lower-income voters in this age cohort are likely going to be badly hurt by the health care bill that Donald Trump is trying to pass.

As I wrote yesterday, the American Health Care Act makes big changes to how the federal government subsidizes health insurance for people buying it on the individual market. Under the current system, federal subsidies are tied to income: the less you earn annually, the greater your subsidy. The Trump-Ryan bill would tie those subsidies to age: As you grow older, your federal subsidy increases and everyone older than 60 who earns less than $75,000 will receive a $4,000 subsidy. At first blush, this might seem like good news for older Americans. But it isn’t.

The Kaiser Family Foundation has a nifty tool comparing the subsidies people can receive under the Affordable Care Act with those they would obtain under the Republicans’ draft “replacement” plan. If you’re 60 years old and you make $40,000, your annual subsidy would shrink by a considerable amount everywhere except Washington state and parts of the Northeast. If you make just $20,000, your subsidy would shrink no matter where you live, and in most places it would be slashed 60 percent to 70 percent. In states like Arizona and Nebraska, the reductions would be closer to 80 percent.

That’s just the first blow of the American Health Care Act’s one-two punch. The second is that the bill frees up health insurers to charge older people more for their coverage than what's currently allowed by the Affordable Care Act. Giving insurers more leeway to jack up rates while simultaneously shrinking the amount of federal subsidies for purchasing insurance seems like an excellent recipe for forcing people out of the insurance market or into plans that don’t really cover anything.

This dynamic partly explains why AARP, one of the more influential interest groups in Washington, came out in strong, unreserved opposition to the American Health Care Act. In a letter laying out its problems with the bill, AARP noted that under the Affordable Care Act more than half of the 6.1 million people ages 50 to 64 buying plans on the individual insurance market are eligible for subsidies. Altering the subsidy structure and granting insurers the ability to charge higher premiums would, according to AARP’s estimates, increase annual health insurance costs for those people by several thousand dollars. Premiums could spike “up to $8,400 for a [64-year-old] earning $15,000 a year,” the letter noted.

That’s literally lethal as a policy matter and figuratively lethal as a political matter. Health care is a potent issue for pretty much everyone, but especially for older people who generally need more medical attention and have to pay higher prices to obtain it. Trump has endorsed a bill that at one end threatens to strip away health coverage from a politically active voter demographic that supports him, and at the other end provides massive tax cuts for rich people like himself.

The American Health Care Act removes money from the pockets of old, sick, low-income people and redistributes it to health insurance executives. You don’t need to be an electoral genius to fashion an effective attack out of that.