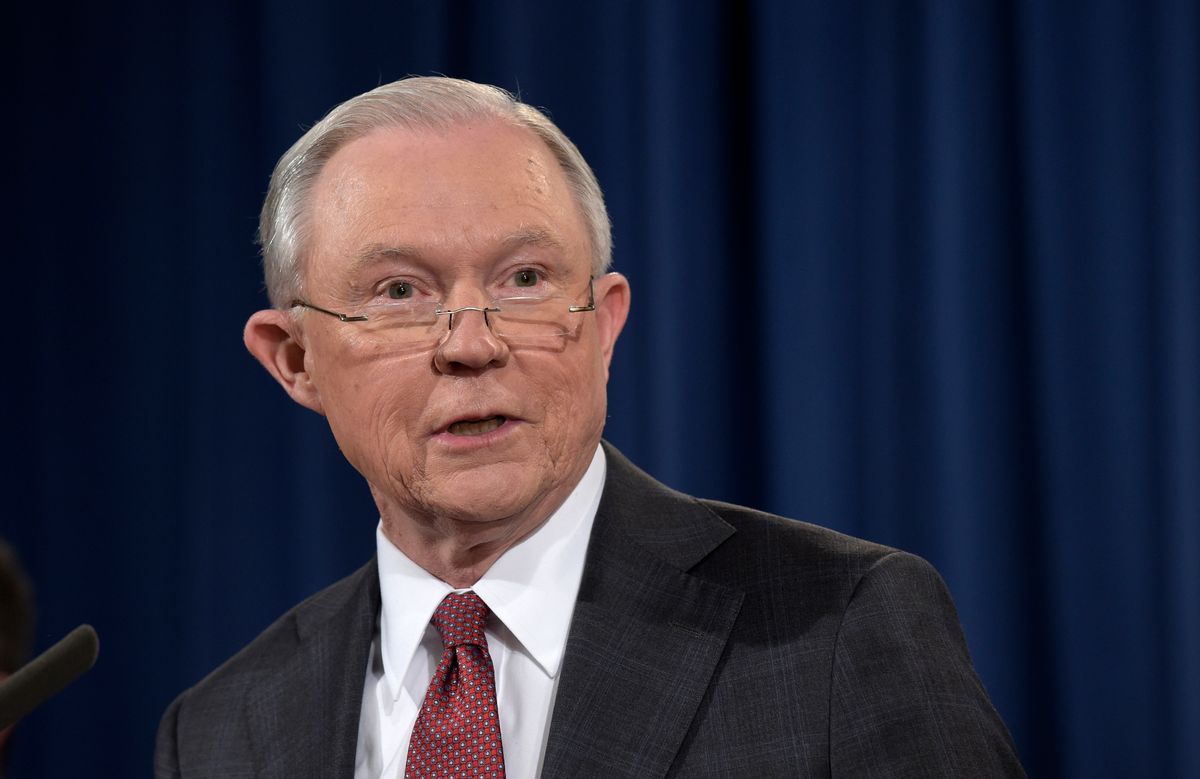 Attorney General Jeff Sessions, who is already under fire after it was revealed that his misled Congress during his confirmation hearing about whether or not he had interacted with Russian officials, may have been caught again leaving out important information to Congress.

Despite amending his congressional testimony to acknowledge two occasions when he interacted with Russian Ambassador Sergey Kislyak, The Huffington Post reports that there was at least one other encounter that he did not include.

"In April of 2016, Sessions attended a VIP reception at a hotel in Washington, D.C., with President Donald Trump and roughly two dozen guests, including four ambassadors," reported The Huffington Post. "One of them was Russian Ambassador Sergey Kislyak. The cocktail meet-and-greet took place in a private room at the Mayflower Hotel near the White House. Shortly thereafter, Trump delivered a foreign policy speech in the hotel’s ballroom, where he called for improved U.S.-Russia relations. Kislyak was seated in the front row."

Although the article mentions that it's unclear whether Sessions and Kislyak directly spoke to one another at the event, it noted that the event was small and that Sessions did not mention it in his amended testimony.

The right-wing foreign policy think tank Center for the National Interest issued a statement on Wednesday addressing the new reports.

"We are not aware of any conversation between Ambassador Kislyak and Senator Jeff Sessions at the reception. However, in a small group setting like this one, we consider it unlikely that anyone could have engaged in a meaningful private conversation without drawing attention from others present," the statement read.

It also added that Trump himself could not have interacted with Kislyak at the time, pointing out that the Secret Service escorted him to a "secure holding area behind the stage" after he had finished greeting guests.

"After Mr. Trump finished speaking, he returned to the secure holding area with the Secret Service and his staff," the statement says. "The Secret Service did not allow anyone lacking necessary official credentials to enter that area. Accordingly, we are not aware of any way in which anyone else outside Mr. Trump’s traveling party could have entered this area. Mr. Trump and his party then returned directly to their motorcade with Secret Service escorts and departed from the hotel."