A new bill circulating congress could allow employers to require genetic testing-- and demand to see the results. 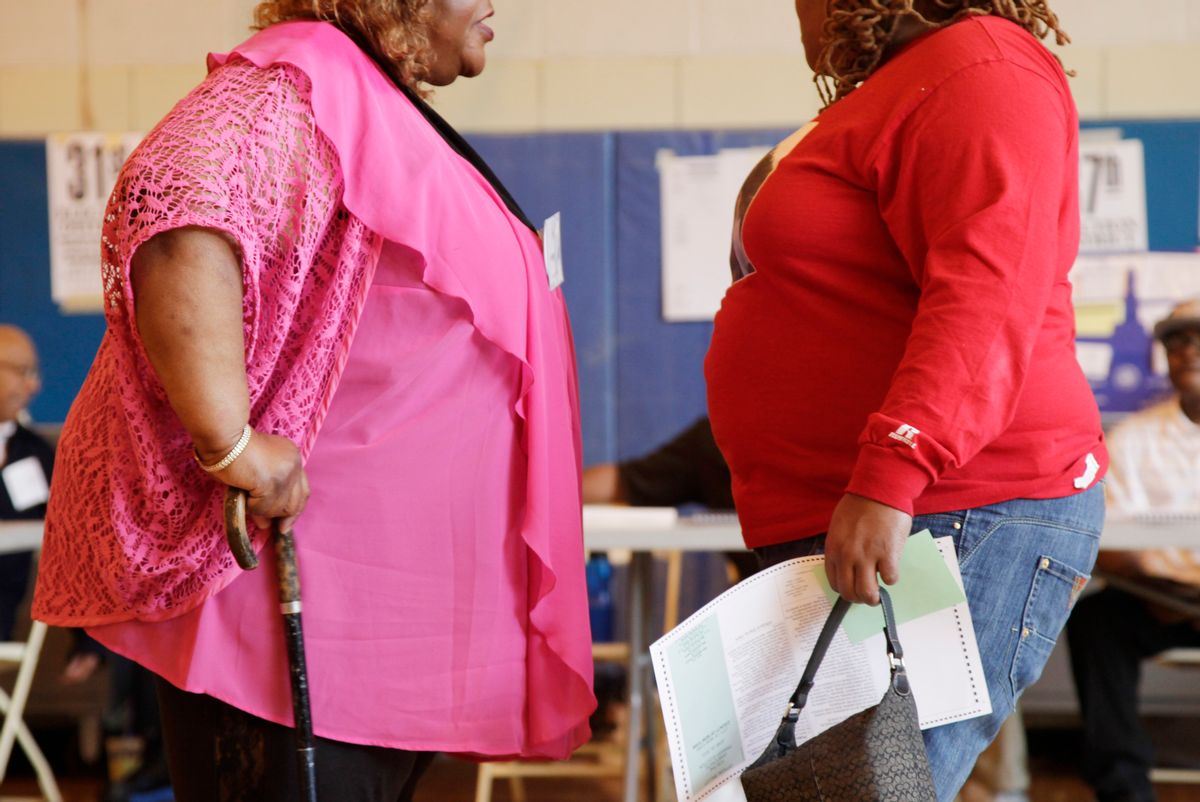 FILE - In this June 26, 2012 file photo, two women speak to each other in New York. Big companies are considering blending genetic testing with coaching on nutrition and exercise to help workers lose weight and improve their health before serious conditions like diabetes or heart disease develop. Its a step beyond the typical corporate wellness programs that many companies are using to make workers more aware of their risk factors and improve their health. () (AP Photo/Mark Lennihan, File)
--

While most Americans were worrying about the replacement for the Affordable Care Act making its way through Congress, a lesser-known bill regarding healthcare was sneaking up behind them.

Sponsored by Rep. Virginia Foxx, R-North Carolina, the bill known as HR 1313 would allow for employers participating in "workplace wellness" programs to require their employees go through genetic testing, or risk taking a financial hit.

Workplace wellness programs are typically put in place to improve employee health by including screening for medical conditions and promoting things like smoking cessation.

Currently, there is legislation in place prohibiting this kind of employer overreach. The Genetic Information Nondiscrimination Act (GINA), for example, was put into place in 2008 to prohibit workplace discrimination "of a particular group [that] may be stigmatized or discriminated against as a result of that genetic information." However, HR 1313 has found a loophole by explicitly stating that GINA (and other similar programs) do not apply when companies participate in a workplace wellness program.

Another program that HR 1313 would override is the 1990 Americans with Disabilities Act.

“What this bill would do is completely take away the protections of existing laws,” said Jennifer Mathis, director of policy and legal advocacy at the Bazelon Center for Mental Health Law, a civil rights group. She added that protections for genetic and health information in those acts would be "pretty much eviscerated."

A spokeswoman for Foxx's office commented on the bill. "Those who are opposed to the bill are spreading false information in a desperate attempt to deny employees the choice to participate in a voluntary program that can reduce health insurance costs and encourage healthy lifestyle choices."

"We believe working families should be empowered with that choice, and so did the Obama administration. It is another sad reminder of just how extreme the Democrat party and their liberal allies are becoming," the spokeswoman said.

The bill was approved by a House committee on Wednesday. All 22 Republicans supported it and all 17 Democrats opposed it.