Rules be damned: Republicans in the Senate want to forego rules to repeal Obamacare 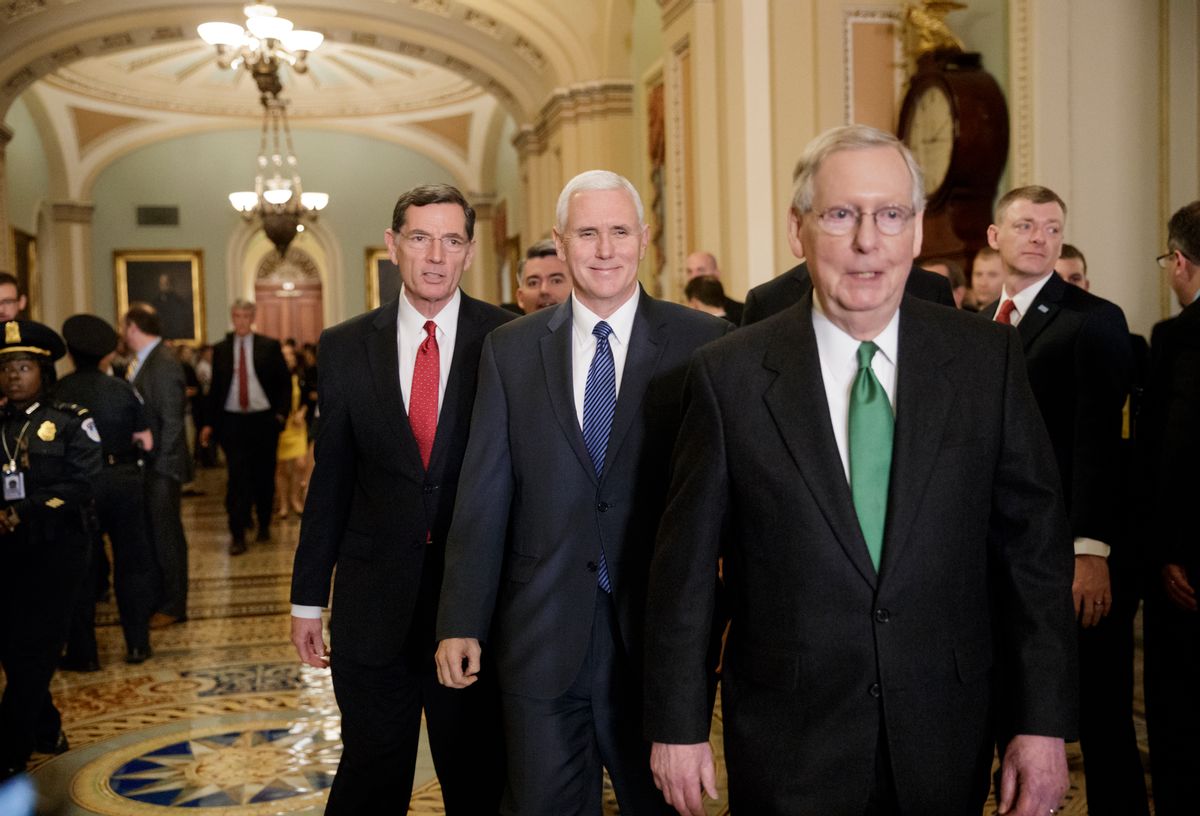 The outright repeal of Obamacare was always going to be a grind, legislatively speaking. Republicans made it sound easy when they were on the campaign trail, representing the opposition party, but now that they are governing, they are realizing that they might not have the numbers to effectively repeal and replace the current health care law. And so, the GOP's plan is to just make the numbers fit their strategy.

Republican leaders specifically crafted a bill that would pass muster under the rules of the Senate. However, a "growing number of conservative lawmakers," according to Politico, are urging GOP leadership to manipulate and, if necessary, break the rules so that they can introduce legislation that would fully satisfy the conservative wing of the party.

Sen. Ted Cruz, astonishingly, is one of the most vocal proponents of the rule breaking. On Thursday, he pitched a strategy that would have Vice President Mike Pence overruling the Senate parliamentarian, if it had to come down to it.

“I have been encouraging leaders in both houses that we should not approach this with both hands tied behind our back," Cruz told reporters.

According to the 1974 law that established reconciliation, Cruz said, "It is the presiding officer — the vice president of the United States — who rules what’s permissible under reconciliation and what is not.”

Freedom Caucus Chairman Mark Meadows and vice chairman Jim Jordan used their lunch Thursday with President Donald Trump to encourage him to include provisions in the bill that would not be allowed under Senate rules. Politico reported that they told the president that he could circumvent the Senate parliamentarian if Republicans are ruled out of order.

Were Republicans to overrule the parliamentarian, it would leave it up to Pence to make a decision. Though Democrats would likely dispute Pence's ruling, it would all come down to a floor vote to settle the change.