As icy U.S.-Cuba relations begin to thaw, Cuba’s knowledge economy is waking up. But it’s a delicate process 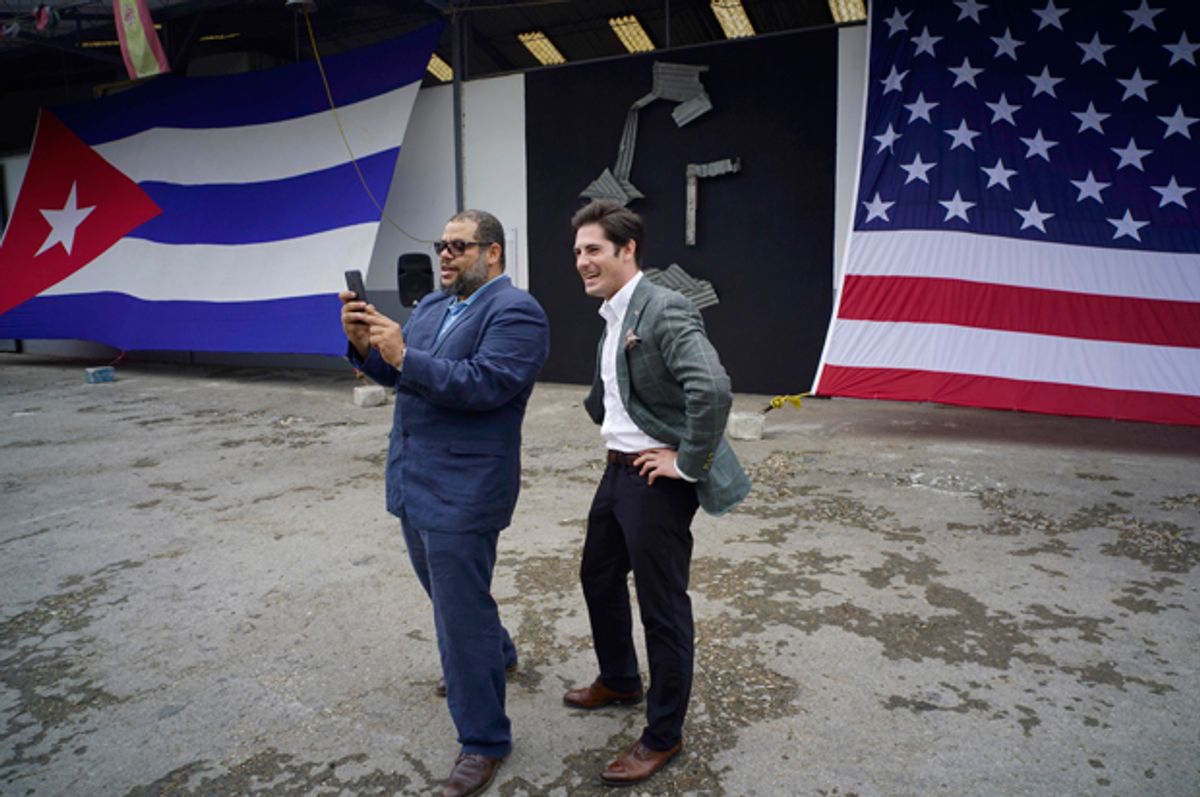 Like many Cubans, Ubaldo Huerta left his homeland during a time of deep economic crisis following the dissolution of the Soviet Union in 1989, which decimated Cuba’s economy and sent tens of thousands of Cubans looking for better opportunities abroad. The 47-year-old electrical engineer quickly found his way to Silicon Valley, where he worked as a software developer for numerous startups and gained his U.S. citizenship. Later he relocated to Barcelona, founded a Craigslist-like online classified website and sold his venture to eBay in 2005.

But despite these accomplishments, Huerta never lost sight of his homeland. He began splitting his time between Spain and Cuba and three years ago co-founded Fonoma.com, a small startup that enables people outside of Cuba to make payments to prepaid cell phone and WiFi accounts used by friends and family in Cuba. The business employs 15 people, including seven in Havana.

“I want to be in Cuba,” Huerta told Salon. “I cannot find better developers than the ones that I’ve found here. I used to work in Silicon Valley so I don’t really need the money. I’m doing this because it makes economic sense, and it’s fun.”

Cuba is in a better economic position today than it was when Huerta left 25 years ago. Huerta said that he amount of cell phone and WiFi account deposits Fonoma processes grew by 40 percent last year amid Cuba’s nascent WiFi revolution. Today, the startup handles hundreds of thousands of dollars’ worth of transactions, half of them from the United States -- an online venture that would have been unheard of a decade ago.

Huerta isn’t alone. Last year, computer engineer Bernardo Romero González came up with an idea to develop an online ordering system that allows people outside of Cuba to pay for gifts purchased from local Cuban businesses to be delivered to friends and relatives on the island.  "This platform helps other entrepreneurs in Cuba to grow their market,” Romero told Salon. “Businesses in Cuba are limited to their town or city because they don’t have access to e-commerce. This creates the financial platform that allows them to put their products on the Internet.”

Expected to go live before the end of the year, Cubazon will process credit-card payments outside of Cuba and then wire money through the same network used by Cubans abroad to send money to relatives back home to pay the local Cuban business, such as a flower shop or bakery, to make and deliver the gift. This system legally circumvents current U.S. Treasury Department restrictions on payment processing in Cuba. Romero expects 80 percent of his business to come from consumers in the United States.

Romero was one of 10 winners of last year’s 10x10kCuba, a contest sponsored by U.S. groups promoting Cuban tech innovation that includes the University of Stanford’s School of Engineering. The 33-year-old programmer recently completed an intense two-week program at Colorado’s Boom Town Accelerator, a Boulder-based tech innovation incubator participating in the program.

Since Cuba and the United States began the process of thawing their icy Cold War-era relations, highly educated Cubans like Huerta and Romero have become two of a small number of tech-industry pioneers cautiously planting their stakes on their country’s future relations with the United States. Former U.S. President Barack Obama’s efforts to promote private-sector engagement, along with a series of reforms in Cuba that allows small businesses to operate, has made it easier for Cuba’s tech-startup economy, though many challenges still remain.

Proponents of normalizing relations between the U.S. and Cuba argue that promoting the tech industry in Cuba would unlock a lot of unused potential, and help prevent Cuba’s young tech talent from leaving the island. Cuba needs these innovators at home to help figure out a way to support its increasingly aging population.

Tres Mares Group, a Miami-based private equity investment firm that follows business activity in Cuba, estimates that about 3,000 Cubans currently work as freelancers in the local knowledge economy -- many of them doing work for companies in Canada and Spain -- and as many as 50,000 qualified university-trained computer science engineers are sitting on the bench, unable to fully utilize their skills. Most of these computer science degree holders are graduates of the University Campus José Antonio Echeverría (CUJAE by its Spanish acronym) or the Universidad de Ciencias Informáticas, which is often compared to MIT.

On the U.S. side, companies are also starting to pay more attention to the potential pool of Cuban talent.

“There are at least a half dozen firms [in the U.S.] who are working with Cuban coders and programmers already,” James Williams, president of Engage Cuba, a Washington D.C. nonprofit coalition of private companies working to normalize U.S.-Cuban relations, told Salon. “The challenge is that since we’re in this new period, they’re not promoting these activities yet and keeping them quiet until this becomes more normalized and routine. But it’s something that’s already happening.”

Indeed, there is still a lot to be done, and a lot that can be undone, which is why many stakeholders on both sides of the Florida Straits are being cautious about promoting their activities.

On the Cuban side, many hardliners in Cuba’s Communist government are suspicious of U.S. efforts to promote greater Internet access, suspicions that were confirmed in 2014 when reports emerged that the U.S. Agency for International Development was secretly funding a project that used social media to try to foment an Arab Spring-like revolution in Cuba. Though the failed project ended in 2012, whispers among people who declined to speak to Salon on the record because of the sensitivity of the issue claim similar efforts persist through other web-based front organizations backed by the U.S. government.

On the U.S. side is an 800-pound gorilla in the White House known as President Donald Trump. On the campaign trail Trump criticized Obama’s Cuba policy and promised to terminate his predecessor’s efforts to normalize relations with Cuba. The president also installed Mauricio Claver-Carone, an active supporter of the 56-year-old U.S. embargo against Cuba, to his transition team. Congress, too, is still reticent to remove the embargo that would be perceived to empower Cuba’s authoritarian regime with a history of human rights violations -- despite the glaring fact that Congress accepts trade and diplomatic ties with other authoritarian governments like China and Saudi Arabia. Another concern among proponents of closer U.S.-Cuba trade ties is the fact the China and Cuba trade ties are growing.

Many, including Huerta and Romero, are watching to see the direction the president will take, and they’re hoping that his business-focused disposition will encourage him to avoid disrupting efforts to promote Cuban entrepreneurship.

Romero said he hopes that at worst Trump doesn’t upend efforts begun by Obama three years ago to help him and other Cubans grow a local tech industry. At best he said he would like to see better access to U.S. banking services and to be able to market his apps on sites like the Apple Store.

“After December 2014, when closer relations began between both countries, I had the opportunity to come to the United States to make connections and find people to help me to develop my ideas,” he said. “I think that the United States is naturally the country that should do this work with Cuba.”