"I did not resign. Moments ago I was fired," Bharara tweeted Saturday, joining president in Twitter flame game 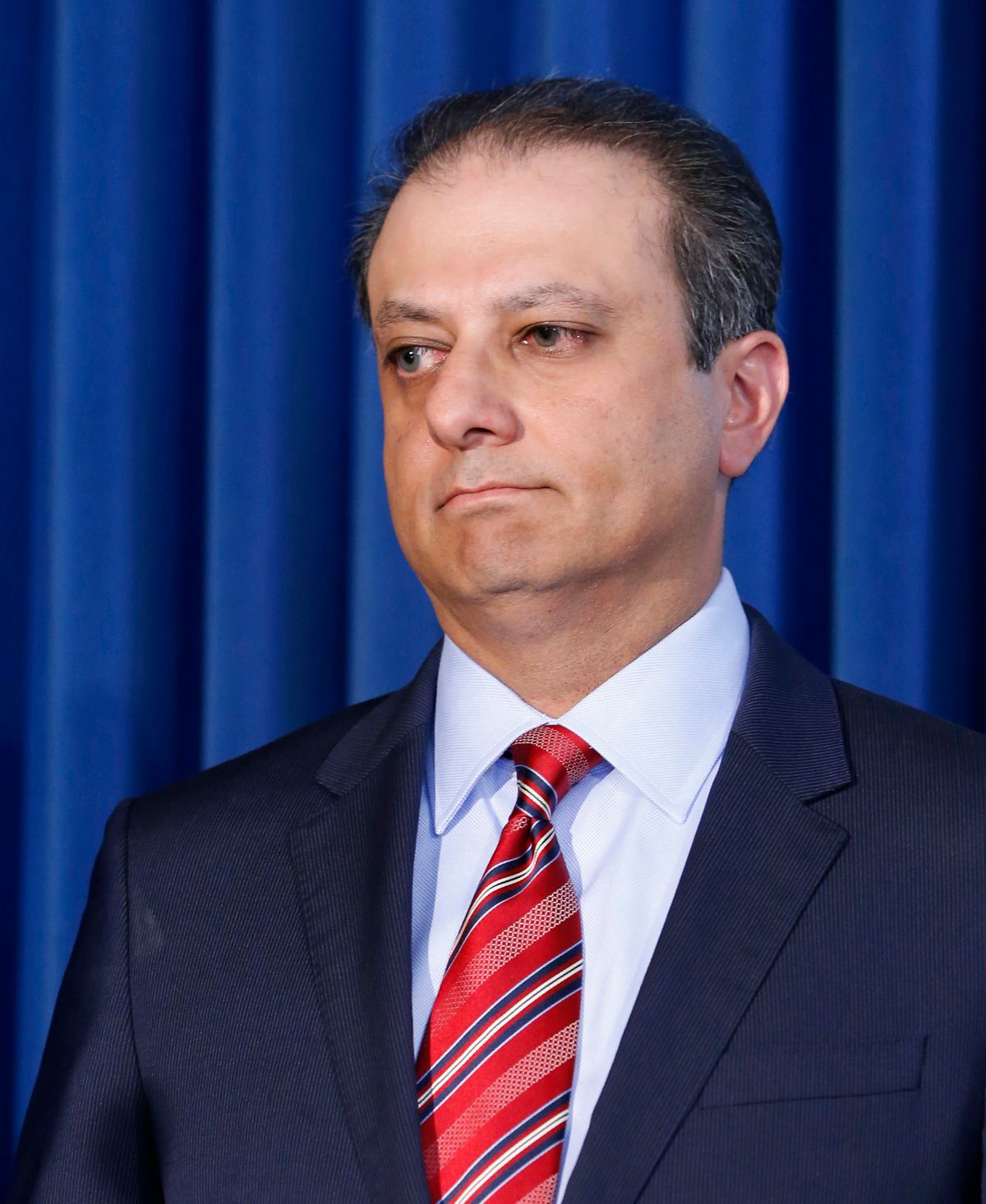 Former U.S. Attorney for the Southern District of New York, Preet Bharara, was fired after refusing to resign 3.11.17 (AP/Kathy Willens)
--

Now-former U.S. Attorney Preet Bharara in New York is matching President Donald Trump at his Twitter game. A fracas began Friday night when 46 Obama-era U.S. attorneys were asked by Attorney General Jeff Sessions to resign without any warning,  and Mr. Bharara, who covered the Southern district of New York, refused.

He tweeted he'd finally been fired earlier today, after refusing the attorney general's request to quit. Bharara was appointed by former President Barack Obama in 2009, and he was long a bipartisan voice against public corruption. As such, Bharara prosecuted more than 12 state lawmakers from both the Republican and Democratic parties, according to the AP.

On November 30, President Trump asked Mr. Bharara to stay on as the U.S. attorney in Manhattan after the two met in New York. The attorney agreed. What a difference a few months makes.

Bharara is well aware of the power of Twitter messaging in these times, and last week the AP reported that he started a new Twitter feed.  One of his first tweets "linked to an AP video of a Senate hearing focusing on whether federal prosecutors were fired for political reasons," the AP said.

"This Senate hearing on political interference @DOJ was 10 yrs ago today," Bharara tweeted. "Is that me in the background? Boy I've aged."

Attorney General Jeff Sessions' request that Obama-appointed attorneys quit was met with shock and dismay by pundits, many of whom argued Friday night that doing so was a poor decision. The practice of replacing the prior administration's attorneys is not unusual, however, it is typically not done en masse, the AP reported.  In a now all-too-common "how soon we forget" moment, Sessions similarly was fired as U.S. attorney for the Southern District of Alabama by the then-new Attorney General Janet Reno, in 1993.  Other cases also precede yesterday's, like that of the New York Democratic U.S. Attorney Robert Morganthau, who was asked to resign after Richard Nixon was elected in 1969. He remained in place for almost a year, reported the AP, until he was forcibly replaced with a new nominee.

By contrast, Bharara's dismissal was swift.  "I did not resign. Moments ago I was fired," Bharara tweeted Saturday afternoon. "Being the US Attorney in SDNY will forever be the greatest honor of my professional life."

Mr. Bharara was responsible for several large districts in New York, including Trump's longtime borough of Manhattan, Westchester, the Bronx, and more.

New York democratic Sen. Charles Schumer released a statement Friday in response. He wrote that he was "troubled to learn" of the resignation demands, mostly because Trump had asked Bharara to remain just a few months ago.  The order to fire Bharara came down from the president, and Schumer worried that Trump was "interrupting ongoing cases and investigations and hindering the administration of justice."
To further muddy the political waters, the AP reported that Bharara's office is "investigating the financial terms of settlements of sexual-harassment claims against Fox News by its employees."
This article was updated with additional information Saturday evening.