The many identities of the digital-age activist Yassmin Abdel-Magied 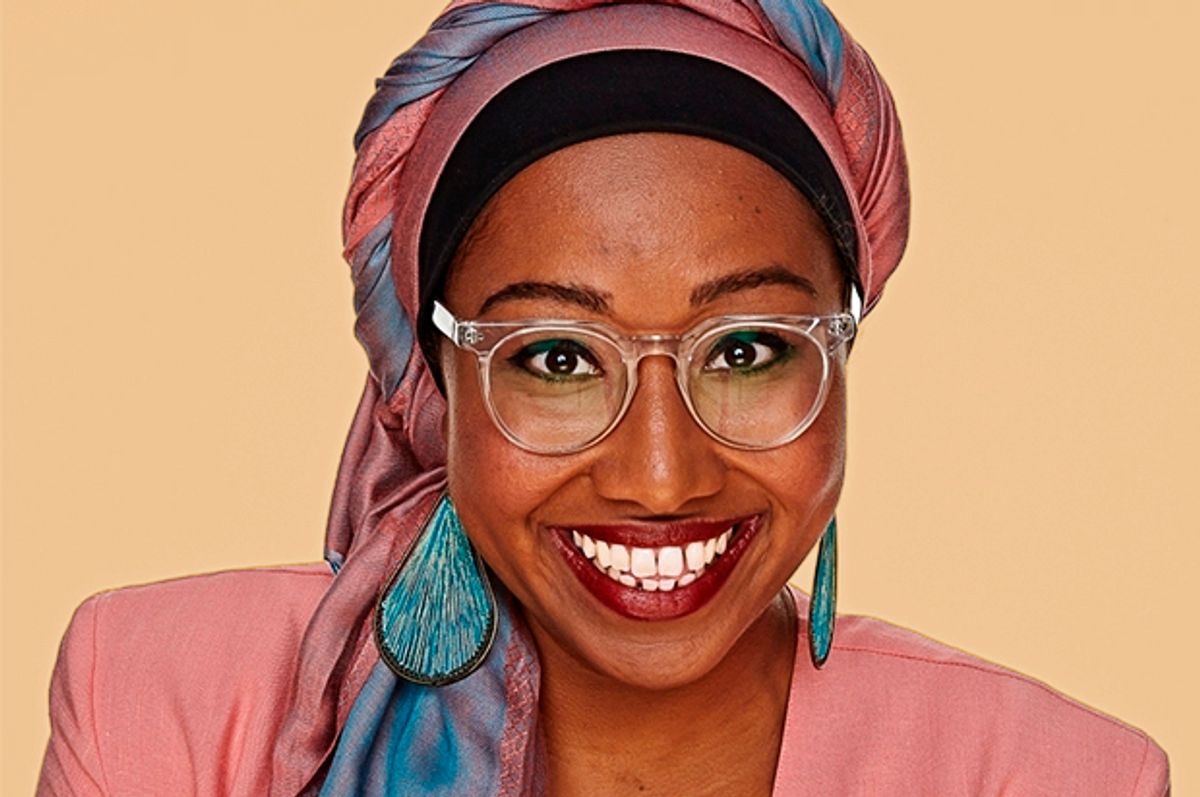 There is, perhaps, no one who embodies the famous Whitman verse “I contain multitudes” more than Yassmin Abdel-Magied. A mechanical engineer, a television personality, a memoirist, a reporter, a founder of the Youth Without Borders organization and, arguably most significantly, an activist for the rights of Muslims and Muslim women in particular. Of course, this whirlwind rundown would not be complete without mention of the fact that Yassmin Abdel-Magied is but 25 years old.

Abdel-Magied, a Sudanese-born Australian, recently rose to viral prominence for her appearance on the Australian Broadcasting Corporation program "Q&A," where she and Tasmanian Senator Jacqui Lambie verbally sparred over the politics of Islam, and Shariah Law in particular (for those who have not seen the clip, it is worth noting that Lambie is not Muslim). In the clip, Lambie points her finger at Abdel-Magied, enraged, and claims that all Muslims who observe Shariah law should be deported.

After a meager bit of clapping from the studio audience, Abdel-Magied pauses, collects herself and proceeds to cooly and calmly explain the nuances of Shariah law — and the fact that she shouldn’t even have to be explaining it, if only those who chose to criticize Islam managed to educate themselves on the most fundamental elements of the religion. An obviously shaken Lambie watches on and the studio audience offers a decidedly more robust round of applause.

The entire interaction is both a pitch-perfect display of the widespread ignorance rampant in governments around the world and an exercise in the respectability politics one must navigate (or not navigate) in order to combat that ignorance.

While Abdel-Magied’s "Q&A" appearance helped launch her message to an international audience, her work as a community organizer in Australia extends back years. While still a teenager, Abdel-Magied founded, along with two others, the organization Youth Without Borders. “My parents wouldn’t let me do drugs,” she writes on her blog. “So I started an organization instead. Seemed like a fun thing to do. Why not, right?”

Youth Without Borders helps foster collaborations so that things like grants and other resources are more accessible. The nonprofit, now in its tenth year of operation, acts as a hub for civic-minded youth interested in bettering their communities and/or enacting political change. The organization grew out of the idea that many young people with big, bold ideas were often left without mentorship and without funding. Two of her most successful prior initiatives are “Shinpads and Hijabs,” a program designed to encourage female soccer players and coaches, and “Kamar Buku,” a mobile library traveling through Indonesia.

In October 2016, Abdel-Magied stepped down from her role on the board of Youth Without Borders. Her work and persona have undoubtedly grown too large and all-encompassing to be contained by any one organization. A brief glance at her website reveals a woman worthy of conversation.

Though Abdel-Magied’s online presence is brimming with the kind of crisp, Squarespacian millennial branding that is ubiquitous and not a little off-putting, her actual, non-curated self is equally present at all times. Her blog, humming since 2011, acts as an open-hearted chronicle of her work. Posts range from critical feminist analyses of the Quran, to riveting, hybrid diary-poetry works on the Arab Spring, to details of her work as a mechanical engineer on an oil rig, affectionately dubbed the “Drilling Diaries.” Her Instagram and Twitter show a humble world traveler who is always polished and always smiling. Abdel-Magied’s complex and honest narrative is a refreshing departure from the hyper-curated “there’s no way they actually live like that” cults of personality.

Today’s women and minorities need leaders. For many, questions, desires and demands bubble up with nowhere to go — and worse, no one listening. Individual action can feel fruitless and it is difficult to rally passion around policy when institutionalized barriers prevent many groups from having access to that knowledge. Unfortunately, rallying around one person is a proven method with significant limitations. If an individual is willing to bear the burden of a set of ideals for a larger group, that leader becomes a focal point for the hope and aspiration and draws the attention of willing, still uncommitted sympathizers. The same person also draws the criticism, and, increasingly true every day, the scorn and ire of adversaries.

It’s difficult to say whether fortunately or unfortunately — but the days of Martin Luther King Jr. and Mahatma Gandhi have come and gone. Globalization has created a demand for a new kind of activist. Public figures advocating for political change are less likely to be tied down to a single place or issue, but are instead evoking conversations about religion, race, culture and gender. Abdel-Magied is at the forefront of this new breed; while not all may be able to advocate for specific policy changes in Australia, it is likely that someone in many countries could relate to an aspect of her identity, whether that's her religion, her gender, her sense of humor, or her language.

Abdel-Magied advocates her ideas with another key element: positivity. Though rage and anger are more than justifiable in the face of many global atrocities, Abdel-Magied approaches her issues with a coolness unseen in most. One need only watch her 2015 TED Talk, “What does my headscarf mean to you?,” in order to understand why her approach is so starkly different. In the talk, Abdel-Magied examines the unconscious (and frankly, sometimes conscious) bias toward women who choose to wear a headscarf. Just as she does in her more recent "Q&A" appearance, Abdel-Magied channels the concentration and serenity of someone like Chimamanda Ngozi Adiche with the pinpoint accuracy and control of someone like Malcolm X. Abdel-Magied says what she means, but there is a thinly veiled underlayer to her words. A more revolutionary subtext that listeners can reach for if they so choose.

Presently, Abdel-Magied is on a speaking tour in order to promote her new book, "Yassmin’s Story," a chronicle of her rich experiences as an immigrant, an engineer and an Australian Muslim woman. Abdel-Magied is also sifting through the rubble of her recent "Q&A" appearance, which sparked a front-page story in "The Australian," claiming that the Australian government used taxpayer money to fund Abdel-Magied’s recent travels in the Middle East. Even Tony Abbott, the former Prime Minister of Australia, felt compelled to challenge Abdel-Magied with his own “perspective” on women and Islam. On the opposite side of things, a petition accusing the Australian Broadcasting Corporatation of violating journalistic ethics by allowing Jacqui Lambie’s Islamophobic comments is gaining ground. Oh, and Abdel-Magied has the support of singer, model and actress Solange Knowles — which has to be worth something.

Still, it’s not difficult to imagine the challenges that litter the path of a woman as powerful as Abdel-Magied. If women receive death threats for turning down a Tinder invitation, well, one needn’t think long and hard to conceptualize the inbox of an outspoken Muslim woman. Fortunately, part of what makes a woman like Abdel-Magied so powerful is the fact that she is impossible to deter. Whatever roadblocks she may face, Yassmin Abdel-Magied won’t slow down and won’t stop smiling.