WATCH: If you want a woman president, take a page from Liberia 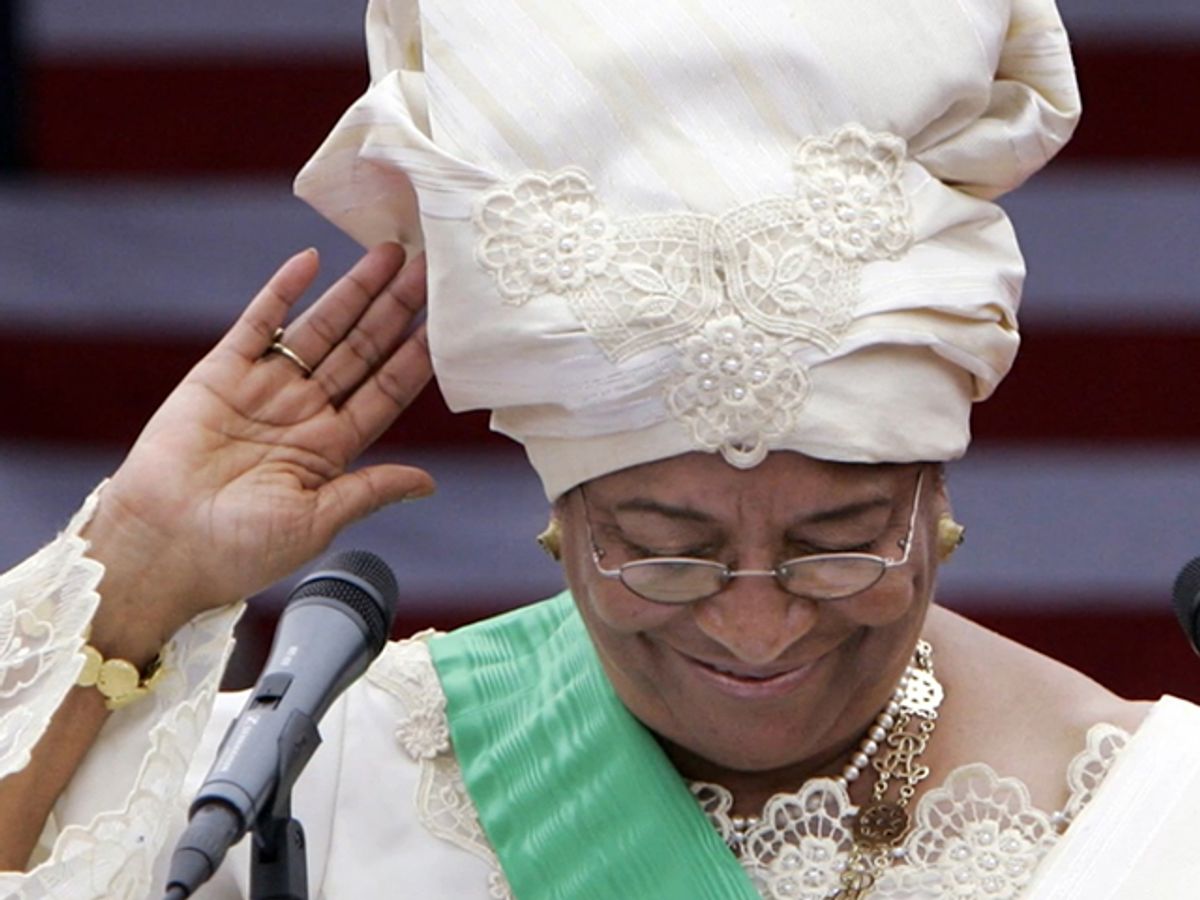 Author Helene Cooper said Liberia elected a female president before the United States in part because Liberian women were unified in 2005 by an existential crisis, fed up with men who had led their country into a ravaging civil war.

Cooper is a Pulitzer-Prize winning Pentagon correspondent for the New York Times, and the author of "Madame President: The Extraordinary Journey of Ellen Johnson Sirleaf." Sirleaf is the first democratically-elected president of an African country. Cooper shared her perspective in a recent Salon Talks as a Liberian-born journalist. She said Liberia crossed the gender milestone before the United States because “It’s like the [Liberian] women looked over the edge of a cliff into an abyss.”

Cooper explained that Liberians were so destitute, citizens rallied behind a woman. And Sirleaf was unique: a Harvard-educated, former finance minister, U.N. official and bank executive, Liberians thought she could improve their situation. Cooper also said women were asking, “Am I going to have water to give to my baby? Am I going to be able to eat? Am I going to be able to not be raped? I mean, that is so basic. And that’s what got the woman voting for [Sirleaf]. . .this belief that a woman is going to take care of these things.”

Cooper said in Liberia, women don’t have the luxury of talking about “progressive” versus “conservative.”

“We are not even at the point where we have the ability to sit back and talk about, you know, social issues and that sort of thing,” Cooper said.

Cooper noted some key similarities and differences between Sirleaf and Hillary Clinton’s campaigns.

“The men fell in behind [the male Liberian candidate],” Cooper said. “And then on the other side of the coin, all the women went for Ellen. . . They pushed her over. . .so they made up for the lack of the male vote. Hillary didn’t have that. You know, she had fewer men voting for her here in the United States," Cooper added. "I mean, African-American men voted for her in fewer numbers than they did for Barack Obama. White men largely abandoned her. She had the majority of the female vote because of black Americans and because of Asians and Latinos, but she didn’t have the majority of the white women vote," Cooper explained. "And I think, one of the things I feel like I’ve learned working on this and looking at what the women did, is to succeed as a female politician, you kind of have to bring in all the women because you are going to need them to make up for the fact that you will get fewer men.”