"What I can say is there are many ways to surveil each other," Conway says 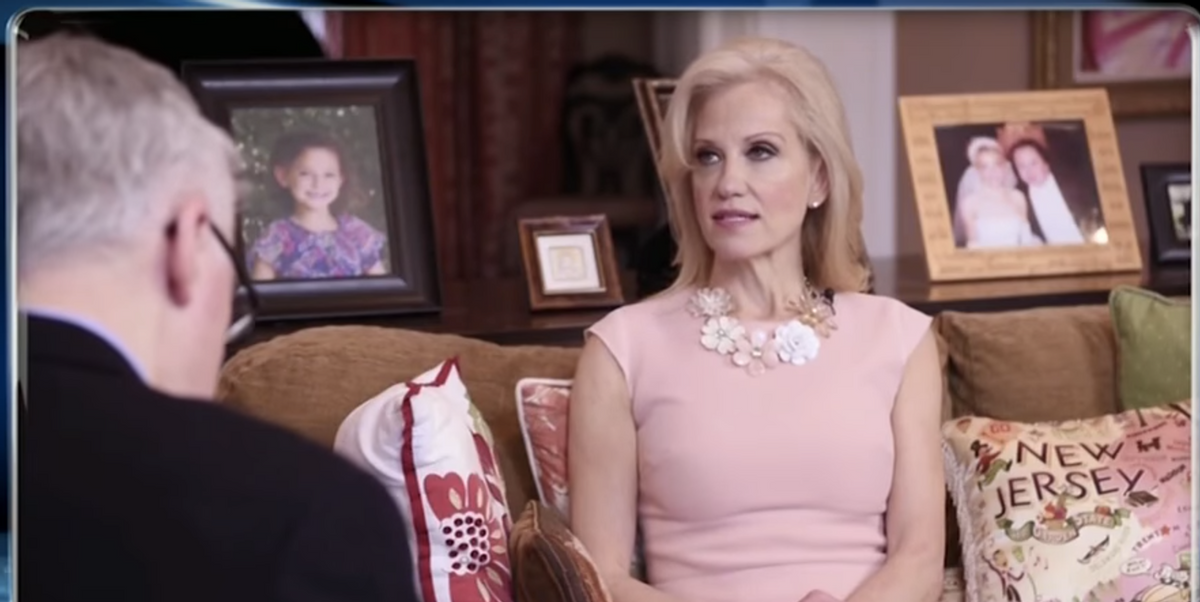 White House counselor Kellyanne Conway has tipped her hand about President Donald Trump's strategy in making unfounded accusations that his predecessor, President Barack Obama, had wiretapped Trump Tower during the election: Distract attention from the real links between Trump's campaign and Russia.

"What the president has asked is for the investigation into surveillance to be included into the ongoing intelligence investigations in the House and Senate," Conway said in a Sunday interview with New Jersey's Bergen County Record, referring to the Senate and House investigations of the Trump campaign's connections with Russia. She went on to characterize the concerns about Trump's ties to Russia as "a bunch of people who can’t believe that Hillary Clinton lost the election," adding, "I was the campaign manager. I was there every day and every night. I talked to people in Macomb County, Michigan, not in Moscow."

Conway also insinuated that Obama may have done more than merely wiretap Trump Tower. "What I can say is there are many ways to surveil each other. You can surveil someone through their phones, certainly through their television sets — any number of ways."

The president's counselor even noted that tracking could be accomplished through "microwaves that turn into cameras." She added, “We know this is a fact of modern life.”

Even as she doubled down on her boss' allegation that Obama had spied on Trump, she denigrated the claims about Russia as a "waste of people’s oxygen, and air and resources and time when we could be helping those who are hungry, who need health care, who are in poverty, who need tax relief, entrepreneurs who want to get off the ground."

"I have no reason to believe that the charge is true, but I also believe that the president of the United States could clear this up in a minute," McCain told CNN anchor Jake Tapper. "All he has to do is pick up the phone, call the director of the CIA, director of national intelligence and say, 'OK, what happened?'"

On Monday Conway repeated her claims during an appearance on NBC's "Today." After Matt Lauer compared Trump's claims about being wiretapped by Obama to his promotion of the discredited birther conspiracy theories, Conway replied, "I'm not surprised you're conflating the two, but I fail to see the comparison."

After she tried to pivot to Obamacare and her hosts reminded her that the issue of wiretapping had been raised by President Trump, Conway responded that "it's under investigation."