A mea culpa to Hollywood conservatives, living under the shadow of a modern McCarthyism 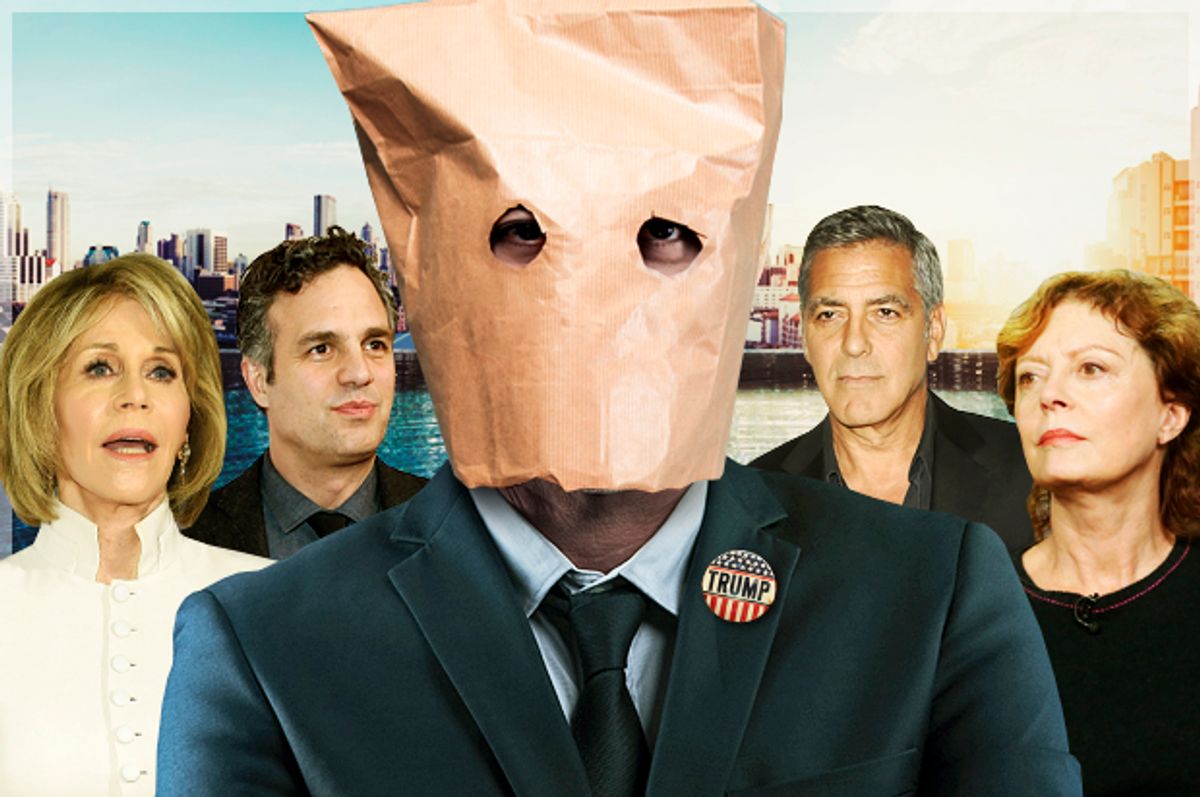 I need to apologize to conservatives in Hollywood. I had no idea how bad things had become for them until I read David Ng’s recent piece in the Los Angeles Times, “In liberal Hollywood, a conservative minority faces backlash in the age of Trump.”

Being conservative in a liberal place like Hollywood, I had assumed, was sort of like being liberal in a conservative place like Montana or Alabama, where you have to think twice about putting that Obama bumper sticker on your car.

Turns out it’s much, much worse.

One producer in the article mentions the following: “In the ’90s, it was never really an issue that I had to hide. I was always forthright.” True he doesn’t exactly hide here — Ng used his name, Gerald Molen, producer of both “Schindler’s List” and “2016: Obama’s America” — and he was certainly forthright. But maybe he doesn’t always get to be forthright? Maybe there are times when, for the sake of diplomacy, he has to curb his political opinions? There’s only so much a man can take, after all.

And the most damning comment came from someone who does have to hide:

“There’s a McCarthyism coming from the left,” said one prominent TV and movie actor who requested that his name not be used for fear of professional repercussions. The actor, who is conservative but not a Donald Trump supporter, said political shouting matches have erupted on the set of one of his shows and that a conservative producer he works with has been shunned by colleagues.

“In 30 years of show business, I’ve never seen it like this,” the actor said. “If you are even lukewarm to Republicans, you are excommunicated from the church of tolerance.”

Wow, McCarthyism from the left — in Hollywood, happening right now.

It’s a return to the black list, as Breitbart News has long been warning. I had no idea.

I had no idea that a U.S. congressional committee has been issuing subpoenas to known Hollywood conservatives, who are then forced to testify in public and private hearings in D.C. about their past conservative associations.

I had no idea that these targeted conservatives could clear their names and continue to work only if they named friends (fellow first-classers), with whom they associated at organizations like Friends of Abe, an underground network of the Hollywood conservative elite, and that these named conservatives would then be called before the committee to do the same, thus perpetuating the process.

I had no idea that our federal police, the FBI, was working with liberals within the movie industry like Dustin Lance Black and busy scanning Hollywood movies for subversive conservative messages.

I had no idea that a big Hollywood star like Clint Eastwood, who initially stood with the Hollycon 10, the first conservatives called before Congress, was forced months later to write a mea culpa for the left-wing rag The Nation, under the headline “I’m No Fascist,” in which he admitted he had been “duped” by his fellow conservatives. He had to do this or risk not working.

I had no idea that to clear their names of even the mildest of past associations with conservative causes, conservatives in Hollywood have to come hat in hand to plead their case before mid-level stars with well-established liberal credentials like Tim Robbins.

I had no idea conservatives who don’t cooperate are fleeing into theater, where they’re often flushed out by the U.S. government, or maybe to Europe, where our government often refuses to renew their passports to allow them to keep working.

I had no idea that after years of being hounded by our government and liberal forces within Hollywood and self-appointed organizations like Red State Channels — which lists all suspected conservatives in its book and pressures studios and TV networks to keep them from working — that some of these poor, hounded conservatives are actually taking their own lives.

I had no idea. I feel awful.

Wait, what? None of this is happening? It’s more just like the Obama bumper sticker thing in Montana?

Well then, for the people who keep making this comparison, allow me to quote Howard Prince, the Woody Allen character in “The Front,” a movie about the real tragedy of the real black list: “Fellas . . . you can all go fuck yourselves.”