Blizzard of '17: Nada Surf's "Blizzard of '77" is comforting catharsis in the face of snow day melancholy 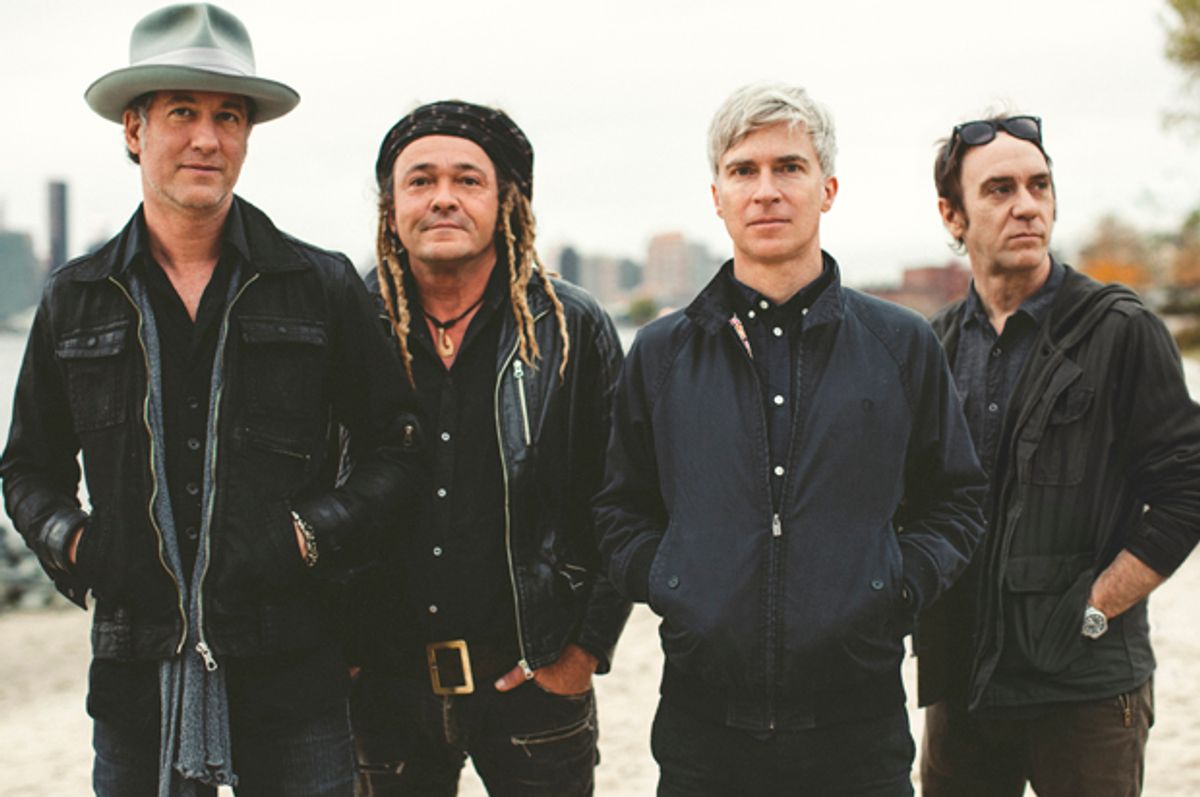 Mother Nature is cruel. After a relatively mild winter, the other shoe is dropping late Monday night: According to the National Weather Service, a blizzard warning is in effect for New York City, as well as parts of neighboring Long Island, New Jersey and Connecticut. Meteorologists are predicting 12 to 20 inches of snow, accompanied by potential power outages and "dangerous travel due to whiteout conditions at times."

Some may mock snow panic, but these storms are no joke. A little over 40 years ago, the Blizzard of '77 hit western New York (including Buffalo) and southern Canada, killing nearly 30 people and causing hundreds of millions of dollars in damage, according to reports. Thanks to wind gusts of almost 70 mph, snow piled on Lake Erie was blown onto land.

When this was combined with below-zero temperatures, havoc reigned. "Whiteout conditions quickly trapped thousands of people at work, in cars and in homes," notes a webpage dedicated to the disaster. "Some had to stay put for a day, others for the storm's duration. At least nine motorists froze to death in their stranded cars."

The indie rock band Nada Surf used the tragic storm as a jumping-off point for the aptly titled "Blizzard of '77," the first track on the 2002 album "Let Go." After the song starts with a few bars of morose acoustic guitar riffs, frontman Matthew Caws sings, "In the blizzard of '77/ The cars were just lumps on the snow/ And then later, tripping in 7-11/ The shelves were stretching out of control."

From there, Caws' nerves ramp up; the song touches on flight turbulence, interpersonal misunderstandings and worries that keep people up at night — before the song culminates in the repeated line "I miss you more than I knew." The tune's arrangements remain sparse, with the same doleful acoustic guitar and Caws' wistful, sadness-tinted vocals enough to pack an emotional punch.

"Blizzard of '77" is a classic description of spiraling anxiety, the idea that encountering something out of one's control then leads to all kinds of doomed or fatalistic thinking. The last line in particular twists like a knife. On the one hand, it could signal romantic pangs: After all, how often do unwanted thoughts of a long-ago ex or fling creep in at inopportune moments?

That lyric, however, could also be Caws singing about more personal matters — an acknowledgment of sorts that he regrets losing touch with a former version of himself. It's not uncommon for those types of thoughts to creep in late at night, either. What am I doing with my life? Where did my youthful idealism go? How did I get on this career path?

At the same time, "Blizzard of '77" is also a song about fighting against such self-defeating thoughts because giving into them ends up being counterproductive to actual change. "The song deals with thinking about how you hold on to certain insecurities of what you are and aren't," Caws said at the time of the record's release.

"How you get trapped by your own inner press and how it can trap you and hold you down," Caws added. "Not press as in reviews, but press as in the ideas that form inside you. I like the idea of redemption and starting clean, starting from scratch and owning up to your mistakes."

Over the years, it's no wonder that "Blizzard of '77" has become one of Nada Surf's most cathartic songs, especially in concert. In September the band closed its Cleveland show at the Beachland Ballroom with a completely unplugged version of the tune — no mics, no amplification, just acoustic guitar accompanying the musicians and the crowd hollering the song in unison.

Nada Surf frequently approaches the song from this stripped-down configuration, but the performance crackled with a special kind of energy that night. The experience was simultaneously deeply melancholy and completely euphoric. At that moment, "Blizzard of '77" became transformed into a reminder that loneliness and uncertainty is a communal experience.

In other words, anyone can become trapped by his or her own self-doubt. Keeping this in mind can help ameliorate the paralysis brought on with being alone with one's thoughts — perhaps, say, in the event of being snowed in because of a mid-March blizzard.