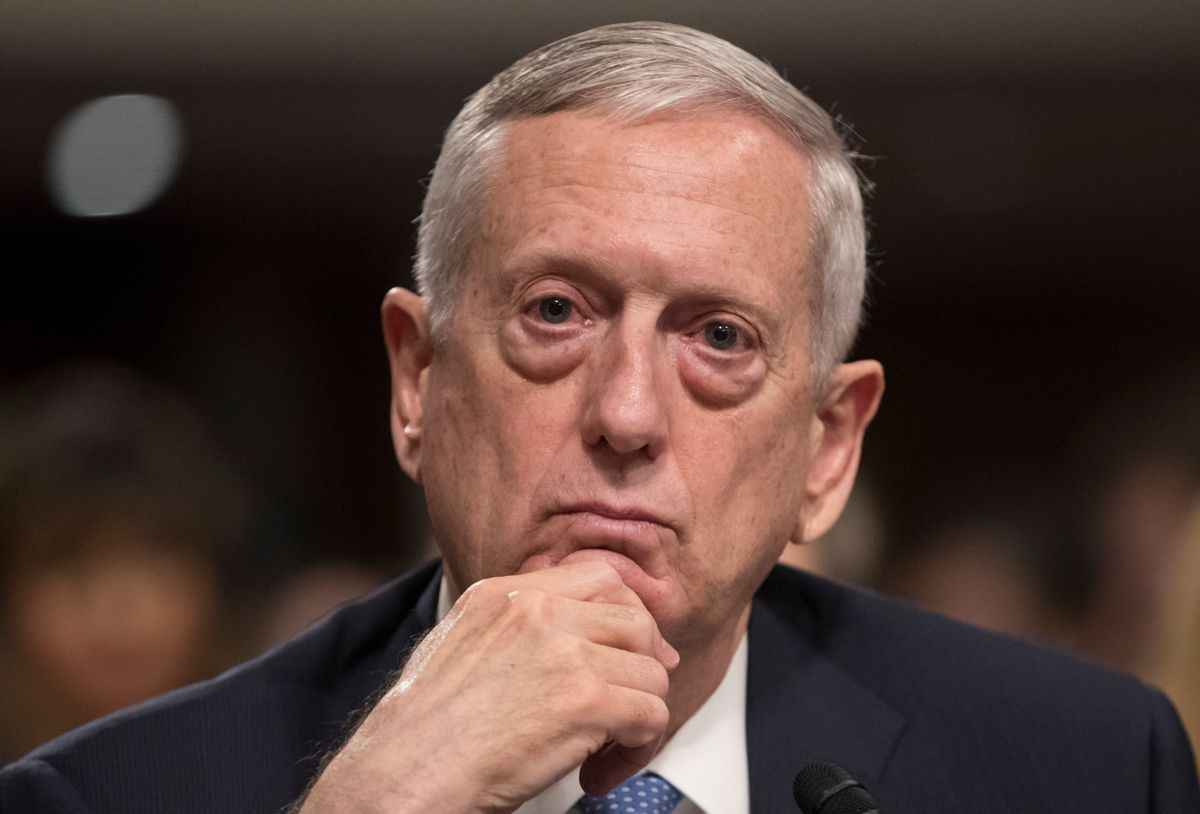 Last month, President Donald Trump put the kibash on Secretary of State Rex Tillerson's plan to appoint Elliott Abrams as his second-in-command. Now he is leaving another key foreign policy post unfilled, and this time because he refuses to defend his own cabinet officer against intransigent right-wing senators.

Secretary of Defense James Mattis was compelled to withdraw diplomat Anne W. Patterson from consideration for the position of undersecretary for policy after Trump made it clear that he would not support her against conservative opposition, according to The Washington Post. This is at least the second occasion in which Trump has in one way or another impeded Mattis' ability to pick his own staff; Michele Flournoy, Mattis' first choice for deputy secretary of defense, was convinced to withdraw by White House officials because she had served in that position under President Barack Obama.

Patterson seems to have been done in by opposition from Republican Sens. Tom Cotton of Arkansas and Ted Cruz of Texas, both of whom serve on the Senate Armed Services Committee. The Post reported that the senators opposed Patterson because of her tenure as American ambassador to Egypt from 2011 to 2013, during which Obama threw his support behind a government that — though elected — was controversial because of its connections to the Muslim Brotherhood. The Egyptian military overthrew that government.

As a result of Patterson's withdrawal, Trump will continue to have Defense and State departments that are completely bereft of high officials under Cabinet-level rank (aside from some holdovers from the Obama administration). This underscores the surprising powerlessness of both Tillerson and Mattis, who many reports say have less foreign policy clout than the president's inexperienced son-in-law Jared Kushner. This news may be particularly troubling to observers who viewed Mattis as more of a pragmatist than many of Trump's other advisers.