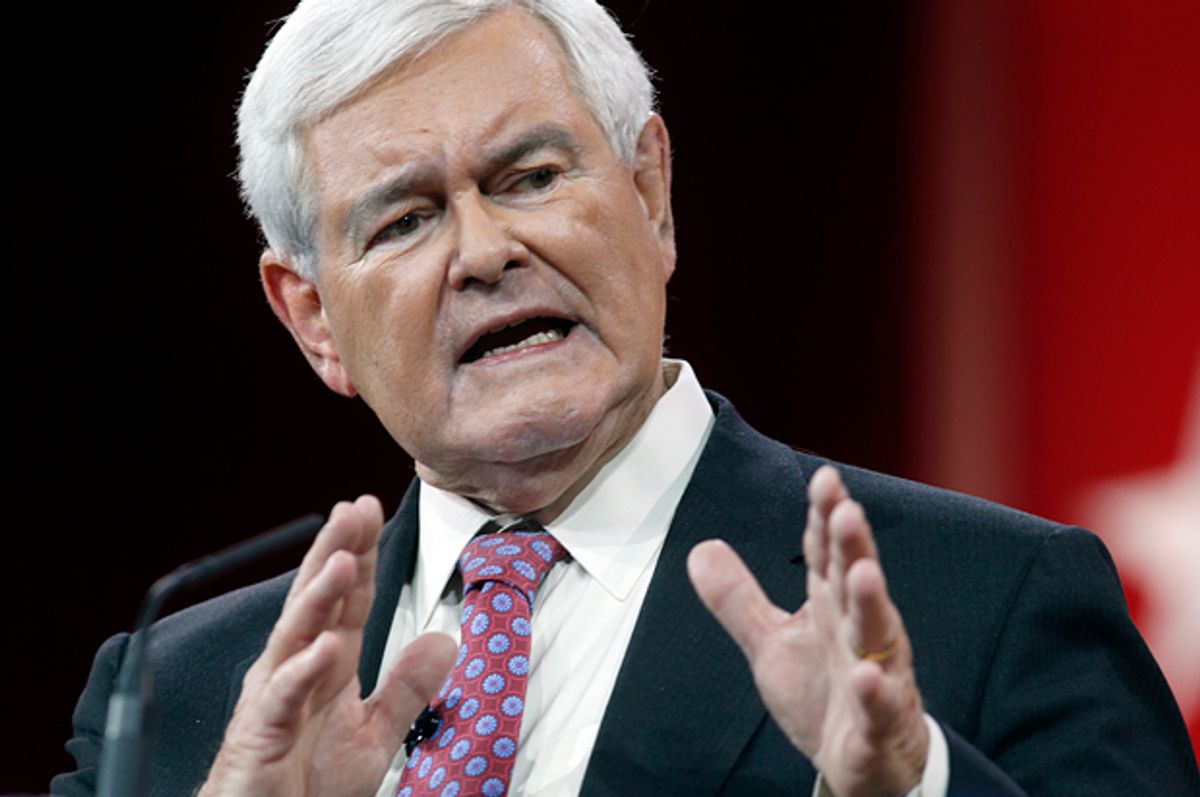 Two of President Donald Trump's most prominent surrogates — Office of Management and Budget Director Mick Mulvaney and former House Speaker Newt Gingrich — are making the rounds to defend the Obamacare repeal bill and discredit the nonpartisan Congressional Budget Office's assessment that it would throw 24 million people off of their insurance coverage.

Gingrich, who has been advocating cutting the CBO since January in anticipation of its unfavorable report on the Obamacare repeal, reiterated his stance on Fox News on Monday. "They should abolish the Congressional Budget Office," Gingrich said. "It is corrupt. It is dishonest. I don't trust a single word they have published. And I don't believe them."

When host Martha MacCallum pointed out that the current CBO head was appointed by Trump, Gingrich replied "I couldn't care less."

"You have to sort of rely on the CBO to count money because that's why it's there. We've been very critical in the past about their ability to count coverage numbers, insurance coverage numbers," Mulvaney said during an appearance on MSNBC on Tuesday morning.

"The Democrats have always seemed to be focused on coverage. Coverage coverage coverage! And they covered me . . . I was covered. I was on Obamacare. I was on the exchanges as a member of the House. I had the same plan that somebody who makes a lot less than I did at the time would have. I had $12,000 or $15,000 a year annual deductible. I could afford it," said Mulvaney, who is worth an estimated $2.6 million. "How could the person who makes one-fifth of what I was making ever afford to go to the doctor?" Mulvaney emphasized that he cares more about making sure people have access to "care" rather than making sure they're covered.

Mulvaney spent much of his congressional career advocating Medicare cuts.

In the past, President Trump has used CBO figures to attack his predecessor, President Barack Obama.