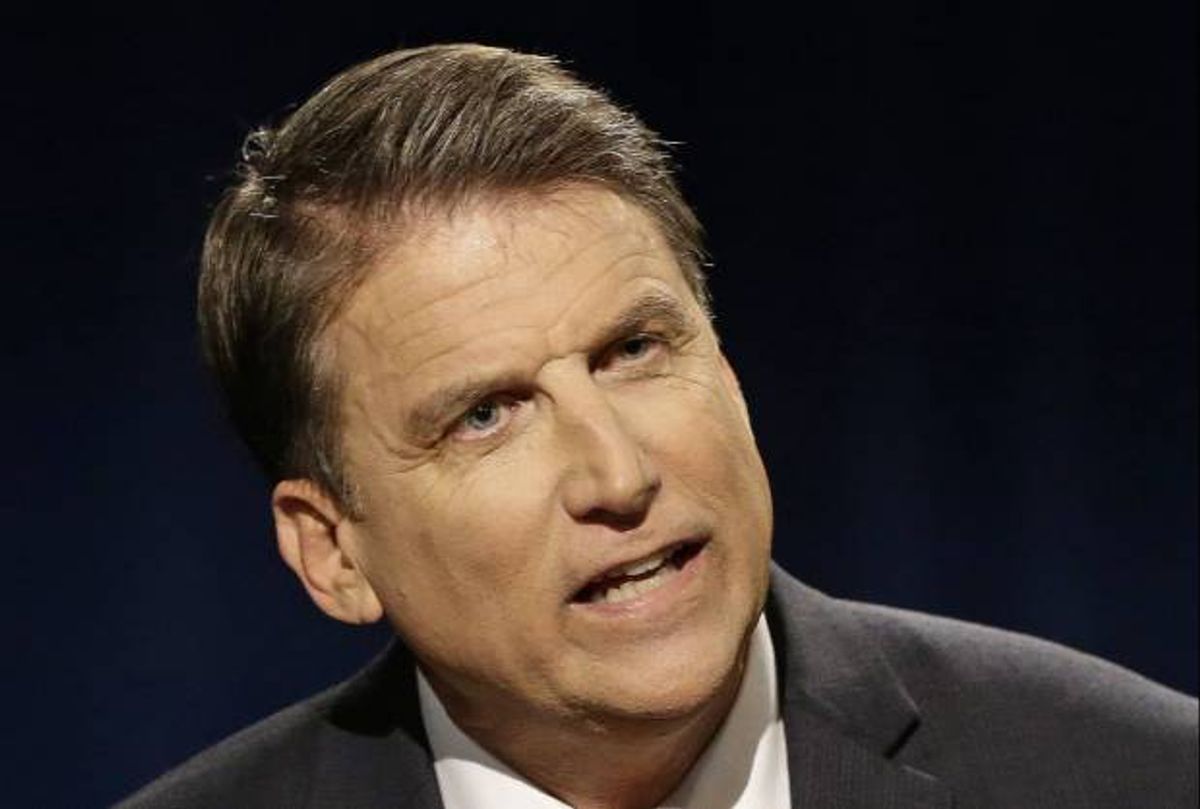 Former North Carolina Gov. Pat McCrory, a Republican best known for his controversial bill banning transgender people from using the bathrooms that match their gender identity, is now complaining that the association with anti-transgender prejudice is hurting his post-gubernatorial career.

"People are reluctant to hire me, because, ‘oh my gosh, he’s a bigot’ – which is the last thing I am," McCrory complained on a podcast for an Asheville-based evangelical Christian website known as WORLD on Friday, according to the Raleigh News and Observer.

During a previous interview he told WORLD that "if you disagree with the politically correct thought police on this new definition of gender, you’re a bigot, you’re the worst of evil. It’s almost as if I broke a law."

McCrory also told the Raleigh News and Observer on Monday that "I’ve currently accepted several opportunities in business to do work that I’d done prior to becoming governor in consulting and advisory board positions, and I’ve also been exploring other opportunities in academia, nonprofits and government. And I’ll hopefully be making some of those decisions in the near future."

He added that academics were reluctant to hire him for teaching positions because of his association with the anti-transgender bill, arguing that "that’s not the way our American system should operate – having people purged due to political thought."

McCrory also discussed a recent incident in Washington in which he was filmed fleeing from protesters chanting "Shame!" at him.

"I’m sitting there without security and thinking, ‘Is this really happening?’ I was in fear for my safety," McCrory said.