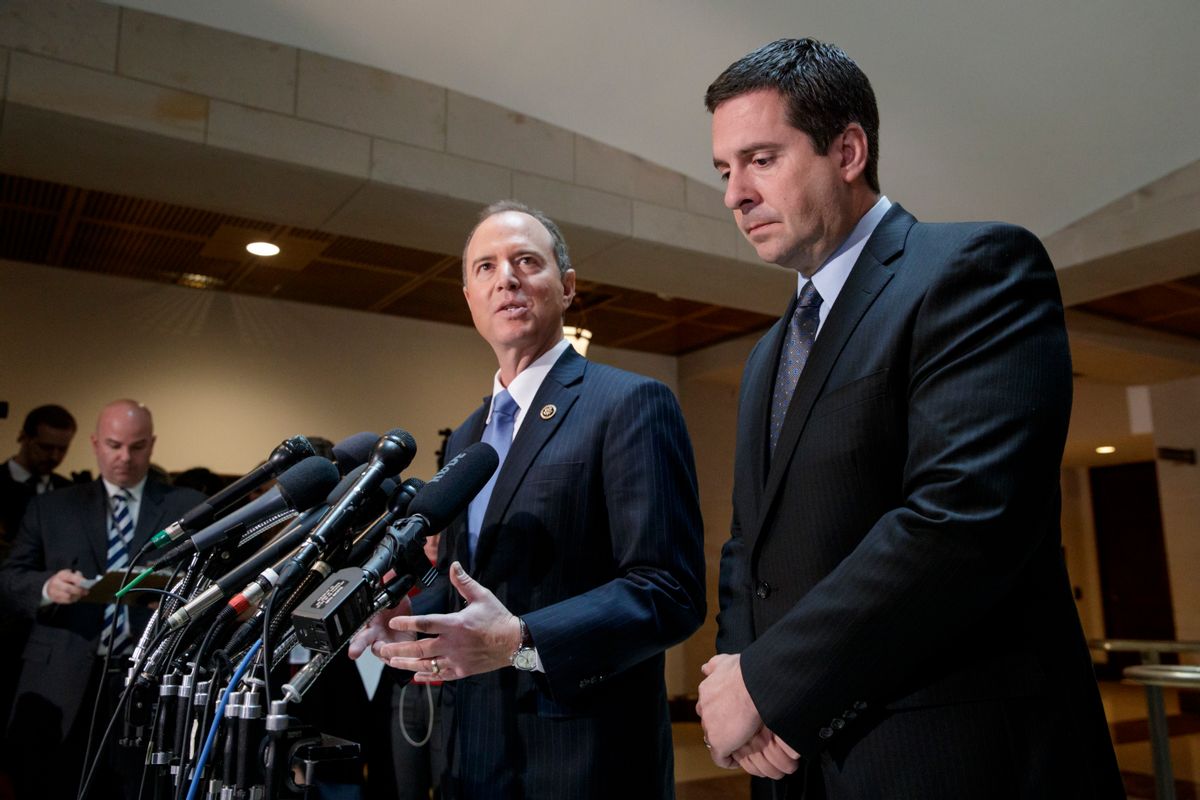 President Donald Trump's assertion earlier this month that he had been wiretapped by former President Barack Obama is coming back to haunt him. Not only has the White House failed to provide corroborating evidence to the House Intelligence Committee by its Monday deadline, but his claim is now being disputed by that committee's leaders from both parties — and his own attorney general.

"We don't have any evidence that that took place," said House Intelligence Committee chairman Rep. Devin Nunes, R-Calif., during a Wednesday press conference. "And in fact I don't believe, just in the last week of time, the people we've talked to, I don't think there was an actual tap of Trump Tower."

Another Republican, Attorney General Jeff Sessions, made it clear on Wednesday that he had not given President Trump any reason to believe that Obama had wiretapped him. "Look, um, the answer is no," Sessions said. "But what happened in my case was, that I was active in the campaign." He went on to argue that "even though you may have had nothing whatsoever to do with anything improper, you should not investigate your own campaign, so I have recused myself and am unable to comment on any of these details."

AG Sessions was just asked if he ever gave Trump a reason to believe he was wiretapped.

Meanwhile Rep. Adam Schiff of California, the ranking Democrat on the House Intelligence Committee, told KABC-TV on Monday that Trump's unsubstantiated claim about being wiretapped may not lead to legal consequences for the president, but it would significantly impair his credibility.

"He may be asking the nation to take action; he may be asking our allies to work with us. And if he's lost his credibility, what chances does he have of persuading people?" Schiff rhetorically asked.