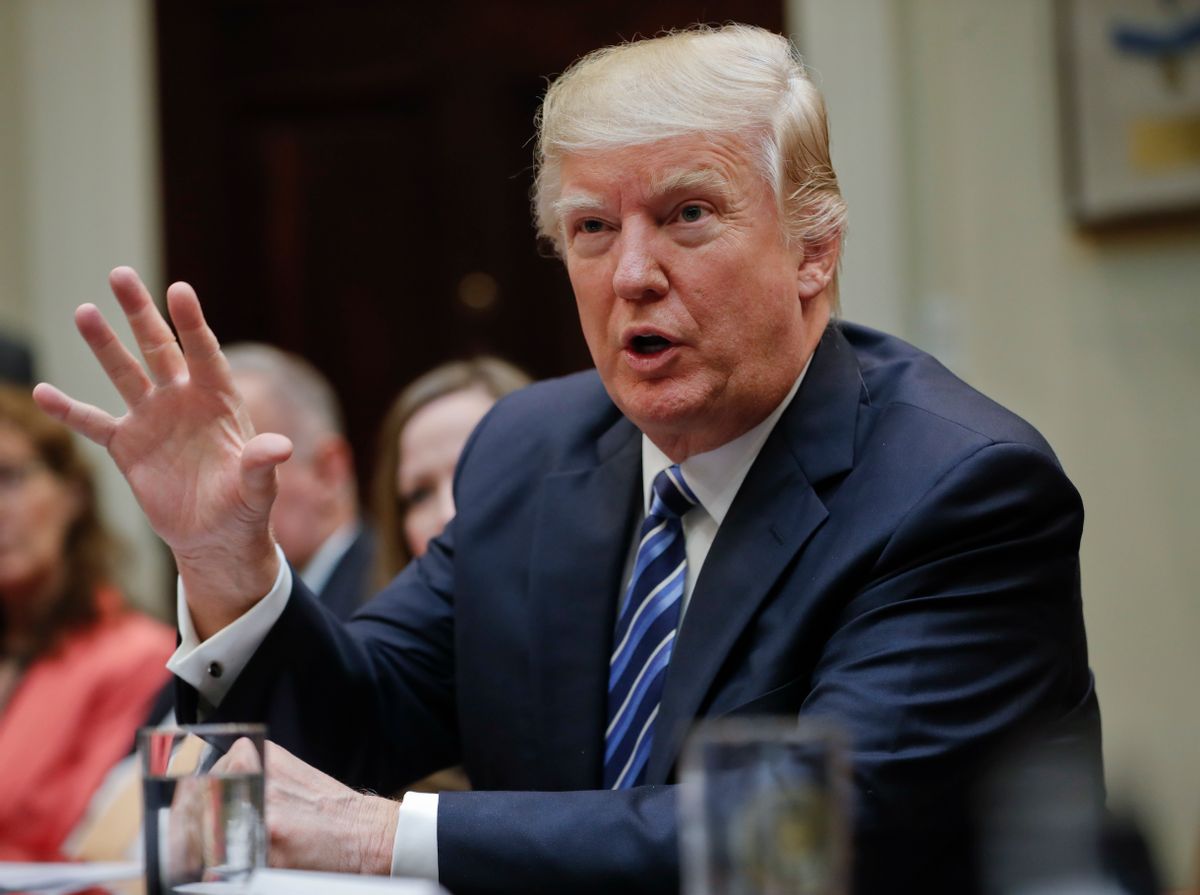 President Donald Trump has been overt about his hostility toward the Environmental Protection Agency since taking office, from removing references to Barack Obama's pro-environmental policies from the EPA website to suggesting a number of draconian budget cuts. Now it appears that even more sweeping EPA cuts are being proposed by the White House — and the EPA itself is doing little to fight back.

Trump is in the midst of preparing an executive order that would drastically curtail how climate change impacts policy decisions, according to Reuters. This will include either diminishing or eliminating the "social cost of carbon" policy implemented by Obama, which attempts to affix a financial figure to the potential economic damage caused by global warming when creating new regulations. The current number is $36 per ton, going up to $50 per ton by 2030. By changing this, Trump plans to provide a boon to industries including auto manufacturing, drilling and coal mining.

White House spokeswoman Kelly Love told Reuters that there was "nothing to announce at this time."