Salon talks to Morénike Giwa-Onaiwu of the Autism Women's Network about race, gender and the spectrum 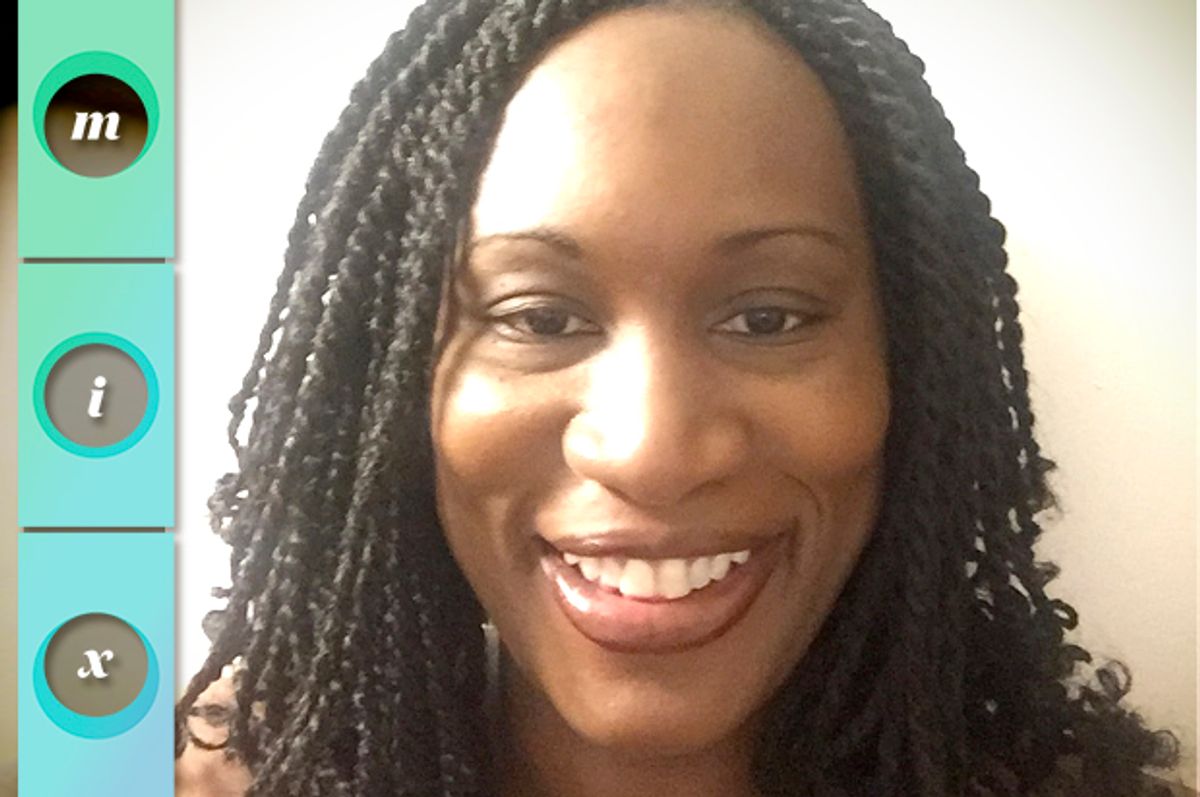 If advocates for the autistic community are going to effectively place our cause within the larger spectrum of social justice movements, it is imperative for us to realize that — as with every other form of social discrimination — there are intersections between our hardships and those experienced by those who encounter racial, sexual, and other forms of bigotry.

This is why I reached out to Morénike Giwa-Onaiwu of the Autism Women's Network, who chairs the Autism & Race Committee. After previously interviewing Giwa-Onaiwu for an article on the intersection between autism and feminism, I was struck by her observation that "I believe that my experiences as an autistic person has definitely been affected by my gender and race. Many characteristics that I possess that are clearly autistic were instead attributed to my race or gender. As a result, not only was I deprived of supports that would have been helpful, I was misunderstood and also, at times, mistreated."

These observations, I realized, deserved to be further unpacked, and I was eager for the opportunity to speak with her in order to do so. If nothing else, it reminded me of an observation by John Donvan (co-author of "In A Different Key: The Story of Autism") from our interview: "When you've met one person with autism, you've met one person with autism."

Each person's experiences are indeed quite different, and because we live in a world where racial and gender-based bigotry are all too prevalent, it is necessary to explore how those factors impact the lives of autistic individuals in order to have a fuller understanding of this issue. This interview is part of a larger story on autism and social justice, which includes a video featuring an interview with Donvan and his co-author Caren Zucker.

Morénike Giwa-Onaiwu: In a sense some of the struggles are really lack of visibility and lack of understanding. So Autistic women and girls have always been around. When I was growing up I remember when people would give information about heart attacks they would talk about pain on your left side and all of these other symptoms, and there were a number of women that died not knowing that they were having a heart attack because they presented differently. I think about Autism the same way. A lot of women are un-diagnosed, mis-diagnosed or diagnosed late because of the fact that they are looking for symptomology that doesn't present that way in women. Some of the characteristics that we have when we are Autistic are written off as something else other than us being Autistic. And then we also tend to mimic the social norms. We tend to try to do a better job of blending in in terms of watching what others are doing and trying to copy it, to draw a lot of attention to ourselves. It's not like we're not here, but we're not seen as what someone would expect an Autistic to be like. And so it's hurtful because you end up still knowing that something is different, but not really understanding yourself and not really being understood by others for so long. And in a sense you might even not really look at the strengths and the good qualities that being Autistic has brought to you because of the fact that you were exhausting yourself trying to mitigate the other aspect of the pressure that society puts on you as what a woman is supposed to be like, all of the social norms that go with that, coupled with your different neurology.

Okay, and how would you describe the intersections between being Autistic and being African American?

Giwa-Onaiwu: There was a time when locally-- I live in a fairly large city and I could go to events that were related to Autism and I kind of played this game called Spot the Person of Color, it was a game I played with myself. Because typically there were almost no people that looked like me or that seemed to be a person of color. Again you can't always tell by looking, but it just seemed like the professionals, the parents, the people at all these seminars and events were often white middle class individuals, and we know that Autism presents in all ethnic groups. And there's a lot of information out there about how- when you account for other factors such as income and other things, African American children are still diagnosed later than white children, when everything else is equal. And thinking about myself there were a lot of qualities that I think if I was different color, might have been picked up as Autistic, but that weren't. A lot of things are written off because of the stereotypes that people have of you, positive or negative, and therefore missed.

Can you give specific examples?

Giwa-Onaiwu: Yes, one example is eye contact. So eye contact is something that I've never been good at, it's variable. Sometimes I can do it, sometimes I can't and I'm African American; I'm also of African descent, my parents are African Immigrants. I think my teachers would say, "Oh well she's you know, West African. They don't look people in the eye because that's considered to be rude." Things like the way that I spoke, my very predentic speech, kind of social awkwardness, not really speaking the way that other people did. Communicating the way that people did colloquially, causally and it was seen as well she's a black person and trying to fit into the white environment and maybe the stiffness or inability to communicate the same way. These communication differences are more based upon the racial differences and not really having that background than anything else. Other things such as if I was over-stimulated or stimming or anything like that, some of those things were viewed negatively. If I was over-stimulated by sound or noise and I needed to get away or needed to have some down time or became emotional, it was seen as the whole stereotype of the violent or over emotional or sassy black person, as opposed to understanding what it really was.

Now you said your parents were from West Africa, which country?

Giwa-Onaiwu: I haven't gone as frequently as I would like, we use to go more frequently when I was a child to visit relatives, and the majority of my family is still there. When people talk about Autistic people hiding in plain sight, you really see that in some if the resource limited settings. Because when I look back now in hindsight I see generations of Autistics in my family, and throughout my community that were seen as something else. Someone will just say, "Oh such and such is just that way," or "Such and such is just different."

So more broadly speaking, if you had to make recommendations regarding how society at large should accommodate individuals who are on the spectrum, bearing in mind these intersections of gender and race, what suggestions would you have in mind?

Giwa-Onaiwu: Well one suggestion that I definitely have would be related to the concept of universal design. So when you think about the way a lot of buildings or structures or even work places or schools or what have you, so not even just the physical structure, but just the expectation of how a person is supposed to navigate, a lot of these things have barriers that are built in for a number of people. For example myself, I'm an educator and I have a classroom that has fluorescent lights that are horrendous for me and it's difficult for me to concentrate with such lights. The design of the building I wasn't consulted on it obviously when that happened and so I have lamps, I've found ways to work around it. But when I think about if people do things such as when there are meetings, providing alternate ways for people to participate.

Now aside from your own experiences, had there been any anecdotes from individuals with Autism that really resonate with you in terms of these lessons?

Giwa-Onaiwu: I mean Autism and its network we have tens of thousands of followers on social media and we have meet-ups locally and different parts of the world and the mid-west and on the East coast and in other places. And it's so frequent that we hear people having relief once they understand that they are Autistic, because they were misunderstood for so long. Just yesterday I was messaged by a friend of mine, she's a fellow adoptive parent, we've know each other for a few years and she has a daughter who will be going to college in the Fall. A few months ago she and her husband and her daughter started wondering if her daughter might be Autistic and started going through the process of getting her assessed and obtaining a diagnosis. And they just received it. And looking back at so many things that her daughter experienced in her life with friends, in school, in the workplace and so many things, having that knowledge about who she was and therefore setting her life up accordingly would have been so helpful for her and is so helpful now moving forward as she will be attending college in the Fall. When you have an understanding of yourself you aren't measuring yourself any longer by someone else's criteria. If you are a bird you want to measure yourself by flying not by swimming, because you're not a fish. So with me and with a lot of other people that I know that are Autistic, we build in self-care, we understand the way that we learn best or that we communicate best. Nothing is going to be perfect, but if you understand the way that you work then you can work with your condition and you can maximize the strengths that you do have as an Autistic person. I think that my strengths, my hyper-focus and the ability to hone in on things and perseverate or thinking outside the box, a lot of these things have been asked. As to me I'm certainly in the workplace. Some of the things that are deficits in some areas or in some settings are things that help you to shine in others. So I think just understanding yourself and setting up your environment to where you have the resources to be able to do what everyone else does, but just do it your way.