Study finds increased job satisfaction in folks who had sex in the morning before work. Oh, or the previous night 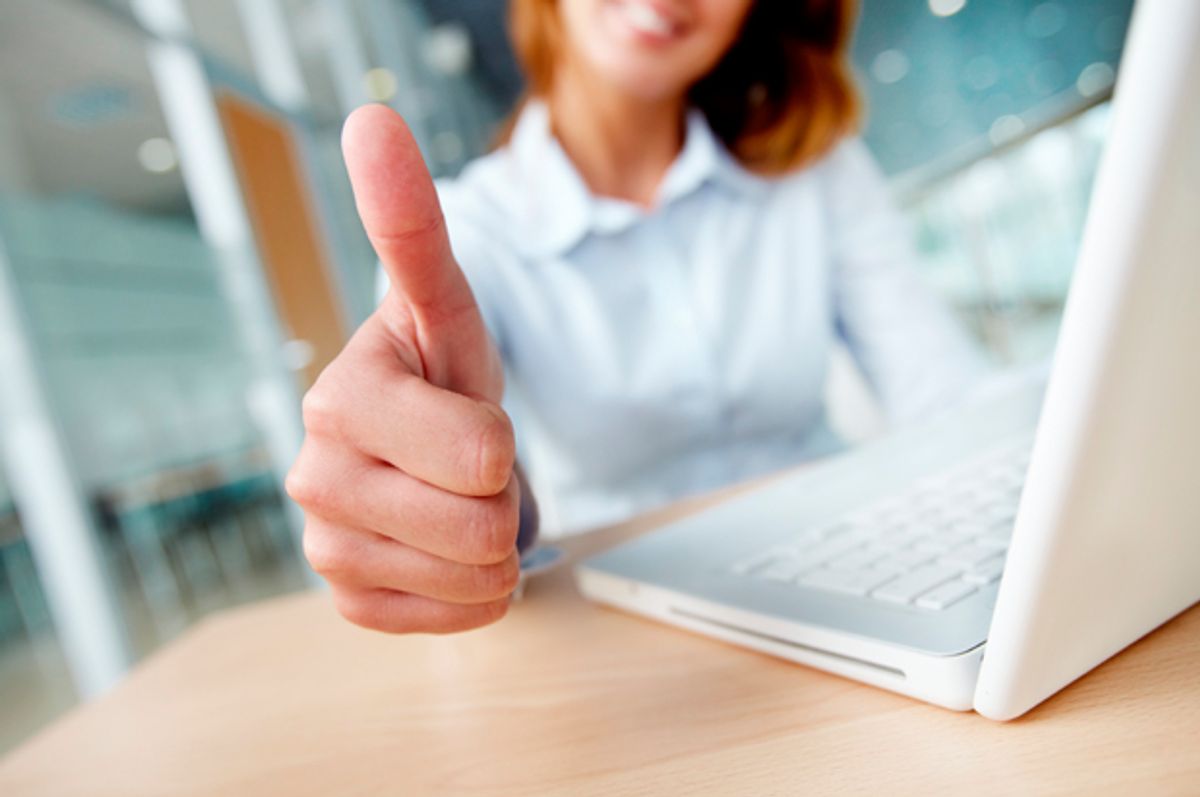 When I was younger, I never really thought of the role that sex would have in my daily life — but I mean, who does? I came of age lusting after the careers and clothes of characters from “Sex and the City” because at the time it was the most progressive example of independent, career-oriented women who loved their jobs. The men — and the sex — seemed somehow secondary or tertiary to their professional and social lives.

As I’ve matured, I’ve come to realize the role that sex plays in anchoring the banal behaviors that shape everyday existence for adults in some iteration: Whether a person is a rock star, a scholar or a 9-to-5-er, most daily routines include working for some time and being home for some time. Sex is often believed (and enforced) to be separate from the office, but new research suggests a person’s at-home sex life can have a profound effect on their work life.

According to a new study from the Journal of Management, sexual activity at home has a spillover effect that positively affects a person’s mood and performance at work for 24 hours following the sexual encounter.

For the study, researchers asked married, employed participants to complete a two-week diary to assess their sexual activity, mood and marital satisfaction. Analysis of the diaries found participants reported increased positive affects at work after having sex the night or morning before that was independent of the effects of reported marital satisfaction. So despite how happy or unhappy a participant reported being in their marriage, everyone experienced an elevated mood at work following a sexual encounter at home.

Additionally, when participants had sex at home, they reported increased job satisfaction and job engagement the following day, which researchers attribute to sex-triggering spikes in dopamine and oxytocin that linger in the blood following coitus. Lastly, the study found work-to-family stress or conflict (or stress brought home from the office) significantly reduced the likelihood of a participant initiating or engaging in sex that evening. These results suggest the lines that separate professional and personal lives are becoming increasingly blurred such that one affects the other.

Imagine a professional man arriving at the office in a particularly chipper mood, radiating what some might call a glow or positive energy about him. A smug wink or high-five at announcing he was laid would spark perhaps a few eye rolls, but if a woman were to make the same remarks this would raise a few eyebrows and likely give way to a new derogatory nickname or sullied reputation.

People would lose it if Hillary admitted to similar sexual acts — or maybe any sort of indication that she’s a sexual being whatsoever, as Bill did. And if Conway boasted about her sexual prowess the way President Donald Trump has? Forget about it.

For all the progress that society has made, we’re still uncomfortable with women being sexual creatures in more than one arena. Women in sexualized roles as artists, performers and entertainers are accepted and dismissed “because it’s their jobs” and yet this particular line of thought further restricts women. While some jobs may include heightened or oversexuality, all women — all people — are sexual beings. It’s a part of human biology that is denied to women during work hours.

But the study on sex lives and work satisfaction underscores some of the intricacies involved with a person's sex life and potential work satisfaction and productivity, which could alter the economy of how we perceive sex. If a healthy sex life makes an employee — a man or a woman — more productive at work, the existing logic suggests other areas of life are also positively affected, which no one should be discouraged or slut shamed about participating in.

Lucky are we who share a similar passion for our work and sex lives.