Trump said that the U.S. should "go back to the first one and go all the way" 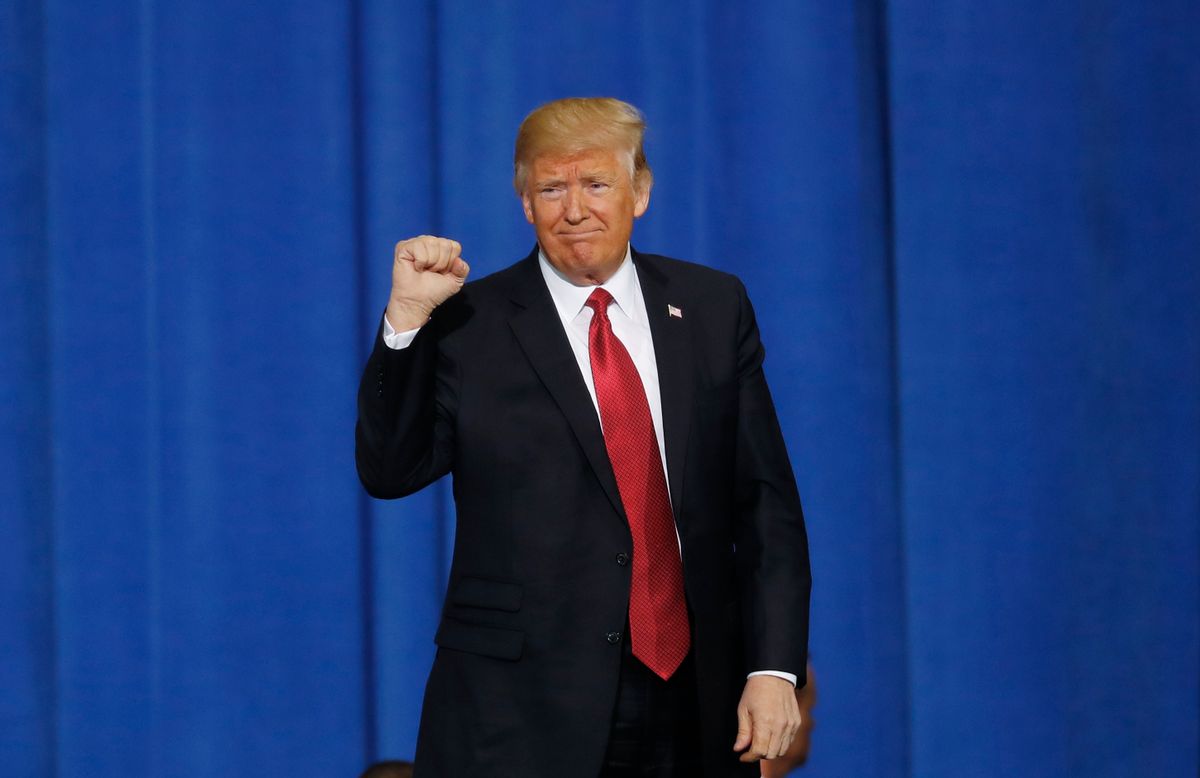 President Donald Trump went on a campaign-style diatribe during a Nashville rally on Wednesday, denouncing the recent judicial overturning of his second Muslim travel ban in the type of language that played a direct role in why it was rejected in the first place.

During the rally, Trump denounced the court decisions, which he insisted made America "look weak," and warned that he may pursue even more aggressive measures in the future.

"Let me tell you something. I think we ought to go back to the first one and go all the way. The danger is clear, the law is clear, the need for my executive order is clear," Trump proclaimed.

He also couldn't resist taking a shot at his former campaign opponent.

"The law and Constitution give the president the power to suspend immigration when he deems — or she, or she. Fortunately, it will not be Hillary," Trump told the crowd, which responded by chanting "Lock her up!"

This type of heated rhetoric has been very popular among Trump's supporters, but it also played a role in the unfavorable judicial decisions he received.

"The illogic of the government’s contentions is palpable. The notion that one can demonstrate animus toward any group of people only by targeting all of them at once is fundamentally flawed," wrote U.S. District Court Judge Derrick Watson on Wednesday.

Although Watson was writing from Hawaii, another federal judge from the other side of the country echoed his sentiments. U.S. District Judge Theodore D. Chuang of Maryland issued a restraining order prohibiting enforcement of part of the executive order. When explaining his reasoning, he cited the president's campaign rhetoric.

"The history of public statements continues to provide a convincing case that the purpose of the Second Executive Order remains the realization of the long-envisioned Muslim ban," Chuang wrote.

During his 2016 presidential campaign, Trump made a number of statements explicitly calling for a Muslim ban. In 2015, he called for a "total and complete shutdown of Muslims entering the United States until our country's representatives can figure out what is going on" and stating that "until we are able to determine and understand this problem and the dangerous threat it poses, our country cannot be the victims of horrendous attacks by people that believe only in Jihad, and have no sense of reason or respect for human life."

In July, when asked if a modified version of his policy that targeted specific countries instead of Muslims in general was a "rollback" of his initial proposed Muslim ban, Trump denied that that was the case. "People were so upset when I used the word Muslim. Oh, you can’t use the word Muslim. Remember this. And I’m okay with that, because I’m talking territory instead of Muslim," Trump said.