WATCH: Samantha Bee has only one question after Steve King's latest scandal

"Seriously, what does a loud and proud ethno-nationalist gotta do to get fired around here?" 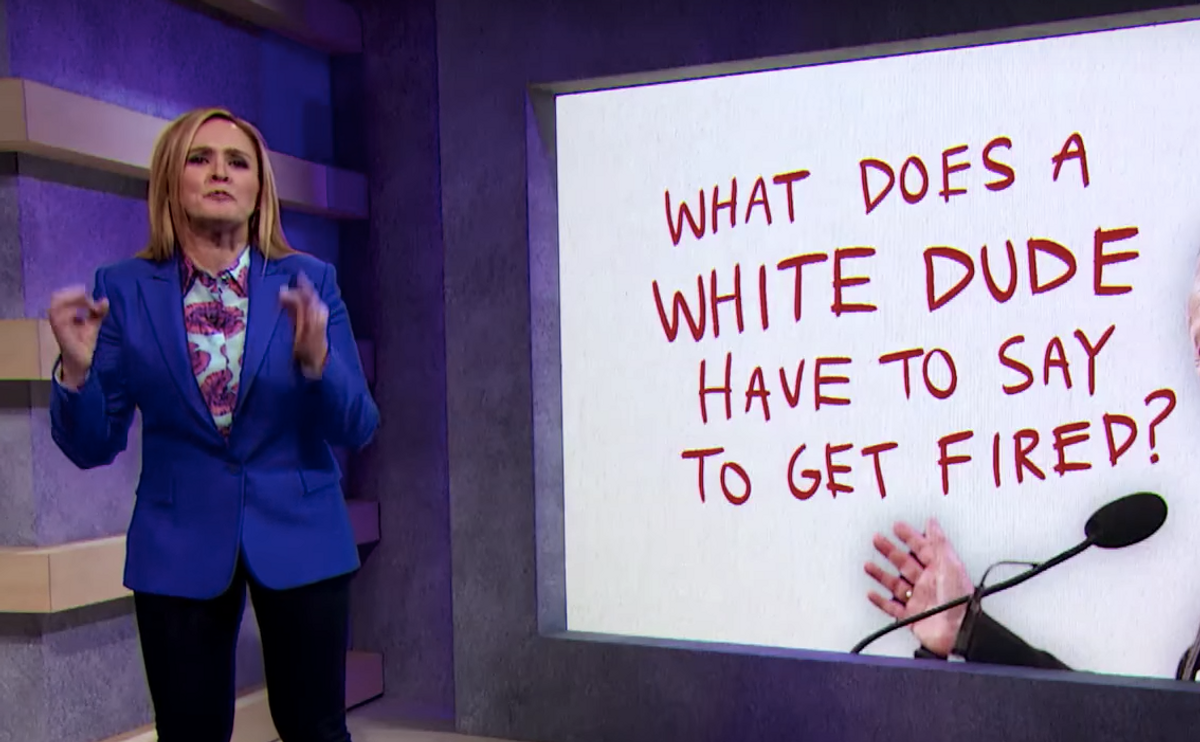 Samantha Bee has only one question after Rep. Steve King's, R-Iowa, latest scandal: "What does a white dude have to say to get fired?"

"Iowa Republican Congressman Steve King is facing all kinds of backlash [after writing] that '[Dutch presidential candidate Geert] Wilders understands that culture and demographics are our destiny. We cannot restore our civilization with somebody else's babies,'" the "Full Frontal" host explained.

Naturally, white nationalists from David Duke to Richard Spencer applauded King's statement, while Republican leaders offered mealy-mouthed denouncements or said nothing at all.

"I don't think that statement reflects what is special about this country. I'd like to think that he misspoke," House Speaker Paul Ryan offered lamely this week.

"Hate to dash your hopes, O, Captain, my captain," Bee quipped, before running running a clip of King telling Tucker Carlson he "meant exactly what he said."

"Seriously, what does a loud and proud ethno-nationalist gotta do to get fired around here?" Bee asked again. "Even the Breitbart White House was like, no, man, too racist."