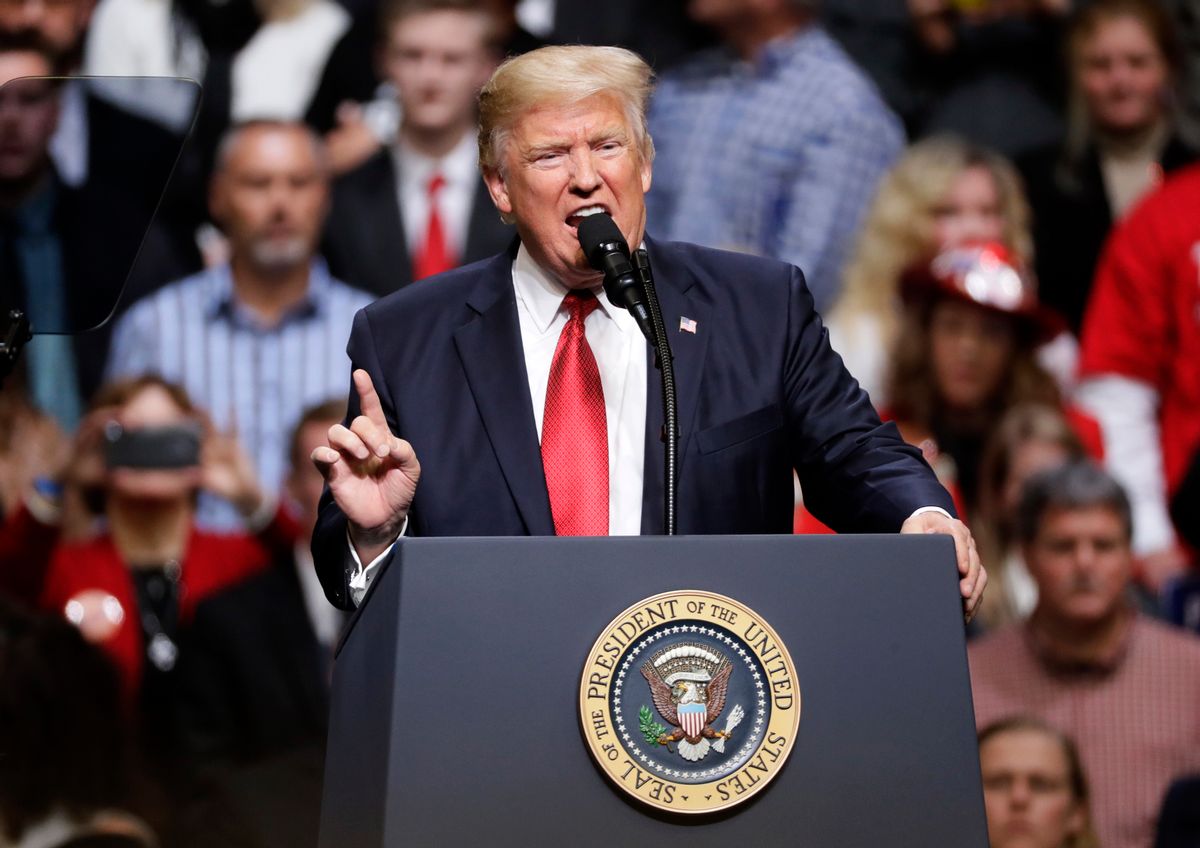 Despite being unable to provide evidence to the House Intelligence Committee by their deadline on Monday, President Donald Trump is doubling down on the unproved claim he made earlier this month to have been wiretapped by his predecessor, President Barack Obama.

"Wiretap covers a lot of different things," Trump explained to Fox News’ Tucker Carlson on Wednesday night, referring to the fact that the administration is now saying it might not have been a literal wiretapping. "I think you’re going to find some very interesting items coming to the forefront over the next two weeks."

He added, "That really covers surveillance and many other things. Nobody ever talks about the fact that [the words 'wires tapped'] was in quotes [in the tweet], but that’s a very important thing."

Trump also told Carlson that the White House "will be submitting things" to the House Intelligence Committee "very soon" and that we "will be, perhaps speaking about this next week." He emphasized that "you’re going to find some very interesting items coming to the forefront over the next two weeks."

When Carlson warned Trump that if his Twitter claims are not proven he "devalues his own currency," Trump merely replied, "Well, let's see whether or not I prove it."

Trump also defended his use of Twitter, arguing that "if I don't do that, I won't get my word out, because when I say things, the press doesn't cover it accurately. If they're not going to do me the honor or the public the honor of spreading my word accurately . . . when I can reach that many people, Twitter is a wonderful thing for me, because I get the word out."