The two Republicans are in the middle of a bitter back-and-forth, and it all started with NATO 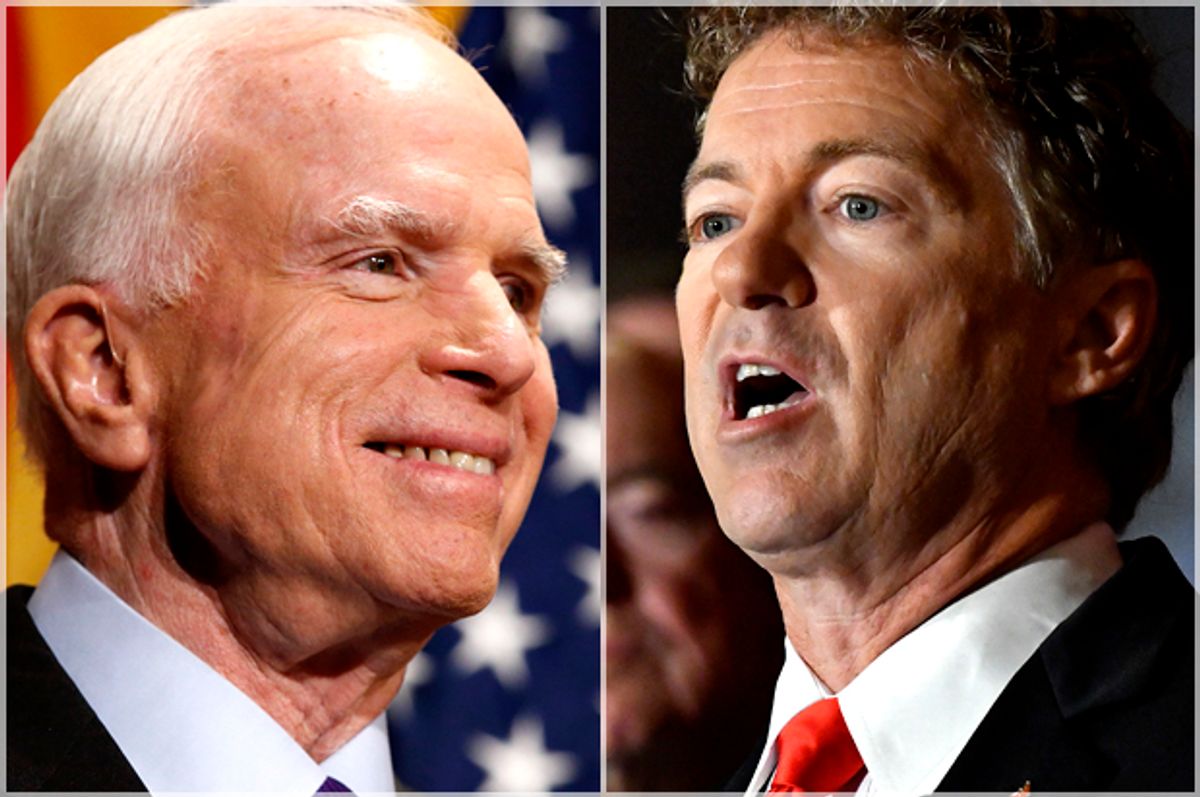 Two prominent Republicans are in the middle of a bitter war of words, and it all started with Russia.

The treaty, which required unanimous consent in the Senate to pass, was opposed by only Paul.

Before Paul voted against the treaty, McCain warned that "if there’s objection, you are achieving the objectives of Vladimir Putin . . . and I do not say that lightly."

After Paul quickly entered the room, stated his objection, and then wordlessly left, McCain vehemently denounced his actions.

"I note the Senator from Kentucky leaving the floor without justification or any rationale for the action that he has just taken," McCain said. "That is really remarkable. That a senator blocking a treaty that is supported by the overwhelming number — perhaps 98, at least, of his colleagues — would come to the floor, and object, and walk away. And walk away! The only conclusion you can draw when he walks away is he has no argument to be made. He has no justification for his objection to having a small nation be part of NATO, that is under assault from the Russians."

McCain added, "So I repeat again: The Senator from Kentucky is now working for Vladimir Putin."

Paul has later told Business Insider that he voted against the treaty because he felt it would be "unwise to expand the monetary and military obligations of the United States given the burden of our $20 trillion debt. Currently, the United States has troops in dozens of countries and is actively fighting in Iraq, Syria, Libya and Yemen (with the occasional drone strike in Pakistan). In addition, the United States is pledged to defend 28 countries in NATO."

On Thursday morning, Rand Paul responded with barbs of his own. "I think maybe he's past his prime," Paul told MSNBC's "Morning Joe." "I think he's gotten a little bit unhinged."

Paul has long been an advocate of the Republican Party's comparatively isolationist wing, a stance that has frequently caused him to butt heads with the more interventionist McCain.