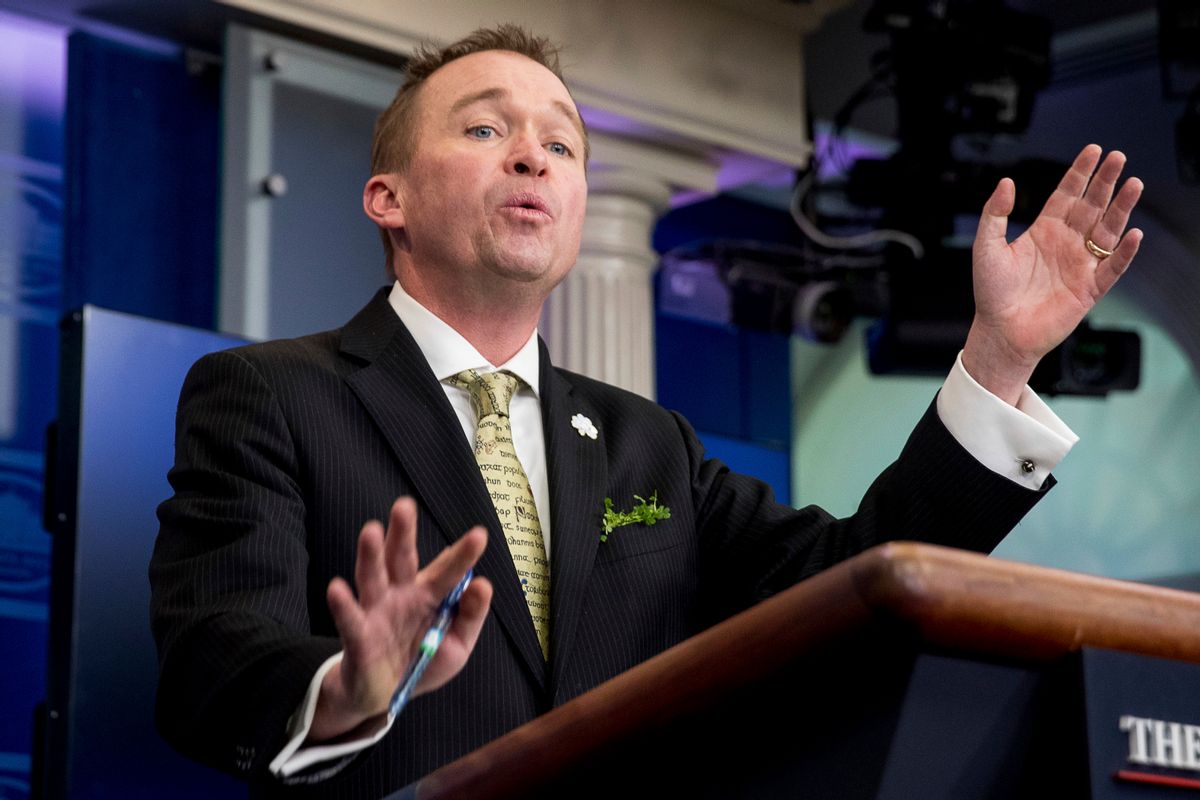 Mick Mulvaney, President Donald Trump's director of the Office of Management and Budget, said Thursday that the proposed cuts to Meals on Wheels were "probably one of the most compassionate things we can do."

Mulvaney tried to justify his statement by arguing that the administration is "trying to focus on both the recipients of the money and the folks who give us the money in the first place. And I think it’s fairly compassionate to go to them and say, 'Look, we’re not gonna ask you for your hard-earned money, anymore, single mother of two in Detroit . . . unless we can guarantee to you that that money is actually being used in a proper function.'"

The outrage was swift.

"Who in the hell zeroes out Meals on Wheels?" wrote Charles P. Pierce of Esquire. "Who decides that a program that spends $3 million to help volunteers feed the elderly and infirm in their communities is something that the country can no longer afford? Who are the men in the meetings who make this kind of call? What are their names? Trot them out so the country knows who they are. C'mon, David Brooks, find out who they are and explain why National Greatness Conservatism has a problem with starving elderly shut-ins."

Jordan Weissmann of Slate was even more scathing, writing, "Honestly, I would have more respect for the man if he'd stood up on stage with a stock pot and said the administration had decided that the poor should be boiled into bone broth. At least then he'd have the courage of his convictions."

It doesn't help Mulvaney's case that Meals on Wheels is a very effective program.

For one thing, Meals on Wheels and other programs like them wind up reducing spending on nursing homes, according to a 2012 analysis performed by Brown University. Because nursing homes account for more than one-third of Medicaid costs, there is a strong fiscal argument to be made in favor of keeping programs like Meals on Wheels in place. In addition, a 2014 review of eight studies that analyzed programs like Meals on Wheels found that "home-delivered meal programs improve diet quality and increase nutrient intakes among participants. These programs are also aligned with the federal cost-containment policy to rebalance long-term care away from nursing homes to home- and community-based services by helping older adults maintain independence and remain in their homes and communities as their health and functioning decline."

If the response on Twitter is any indication, this tempest isn't dying down anytime soon.