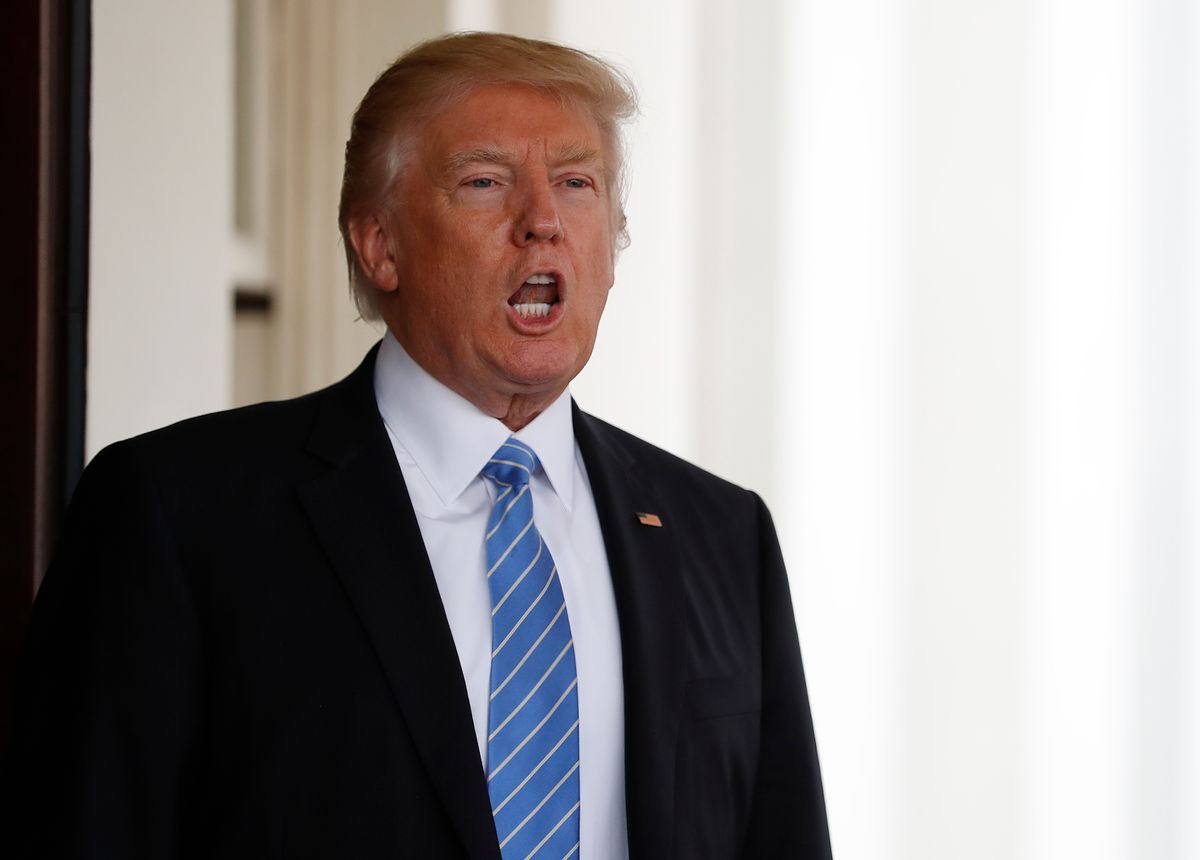 President Donald Trump may have promised to ban lobbyists from his administration, but that isn't stopping him from hiring a coal lobbyist as the new deputy administrator to the Environmental Protection Agency.

In addition to being a coal lobbyist, Andrew Wheeler, Trump's reported pick to be second in charge at the regulatory agency, also used to be an aide to Republican Sen. James Inhofe of Oklahoma, according to Politico. Inhofe is the leading global warming denier in the Senate who as recently as Thursday accused the EPA of "brainwashing" children by discussing the science behind man-made climate change.

While sources told the site that the decision is not final, Wheeler is the clear favorite to be tapped, boasting a resume that includes previous work as a staffer at both the EPA and the Senate Environment and Public Works Committee. He is currently among the leaders of the energy and natural resources practice at the law firm Faegre Baker Daniels and also works as a lobbyist for Murray Energy, the largest privately owned coal company in America. Last month, the CEO of Murray Energy claimed that "4,000 scientists that tell me global warming is a hoax."

The potential new hire goes against Trump's earlier promises not to hire lobbyists as a way to "drain the swamp."

While Trump signed an executive order that prohibits lobbyists from shaping policies on which they lobby within two years of their work in government, the president was sure to include a loophole that could make way for Wheeler's nomination — former lobbyists can be granted waivers that don't even need to be disclosed to the public.

Wheeler's selection is consistent with Trump's well-known hostility toward the EPA. His choice to lead the EPA, Scott Pruitt, copied documents written by oil and gas lobbyists when he worked as Oklahoma's attorney general, and Pruitt (like Wheeler and many of Trump's other EPA picks) has connections to Sen. Inhofe.