The actor and comedian, who plays a Trump fan on "The Last Man Standing," said that he "likes going on both sides" 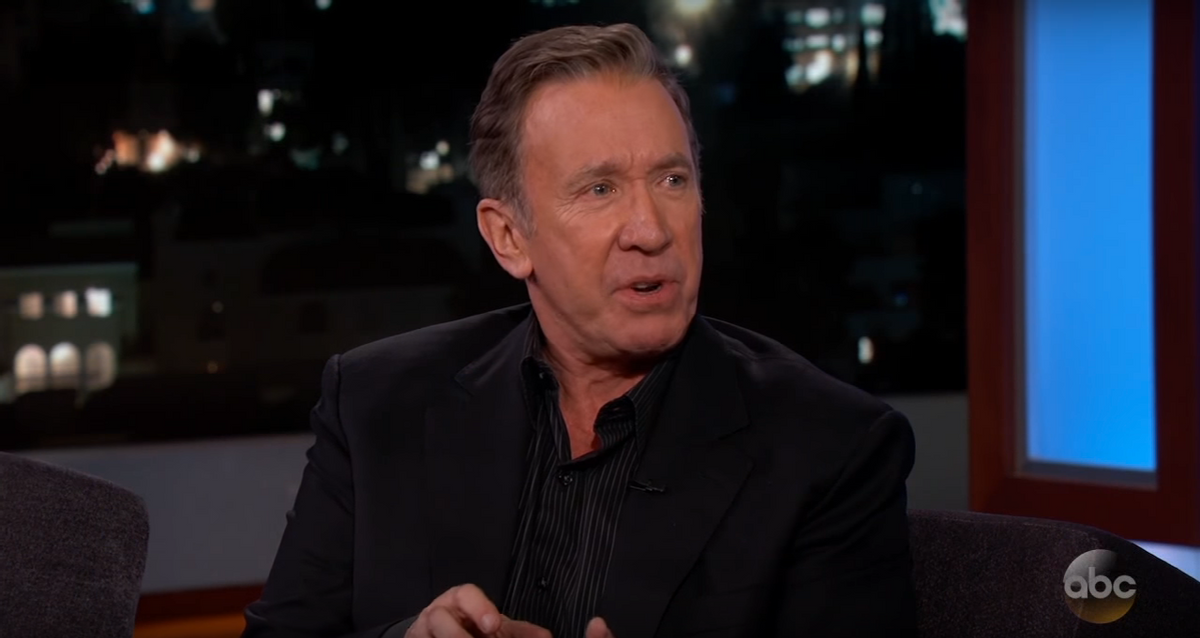 In the entertainment business there are few conservatives more beloved than Tim Allen. The "Toy Story" and "The Santa Clause" actor once had the highest-grossing film, the best-selling book, and the top-rated TV show at the same time. He received a star on the Hollywood Walk of Fame over a decade ago.

Allen made an appearance on "Jimmy Kimmel Live" on Thursday night and revealed that he feels at odds with the town that cemented his name in motion picture history.

It all started when Jimmy Kimmel innocently asked his guest if he attended the inauguration. Allen offered a somewhat garbled response before he answered the question.

"I was invited by . . . We did a VIP thing for the vets. We went to the veterans ball. I went to go see Democrats and Republicans. Yeah, I went to the inauguration."

"I'm not attacking you," Kimmel said, laughing at Allen's evasiveness.

The actor and comedian recognized that his answer was a little defensive, so he gave this explanation:

"You get into this town. . . . I'm not kidding. You got to be real careful around here or you get beat up. If you don't believe what everybody believes, it's like '30s Germany. I don't know what happened. If you are not part of the group . . . I am a comedian, I like going on both sides."

Allen is currently the star of the popular ABC sitcom "The Last Man Standing" in which he plays a loudmouth conservative who seems to fancy Trump. His show has been hailed by conservatives for spurning Hollywood's liberal point of view. The actor himself backed Ohio Gov. John Kasich in the 2016 presidential campaign and considers himself "center right."