Forget the right-wing propaganda about who the NEA serves. Its influence is everywhere, even in Disney film DNA 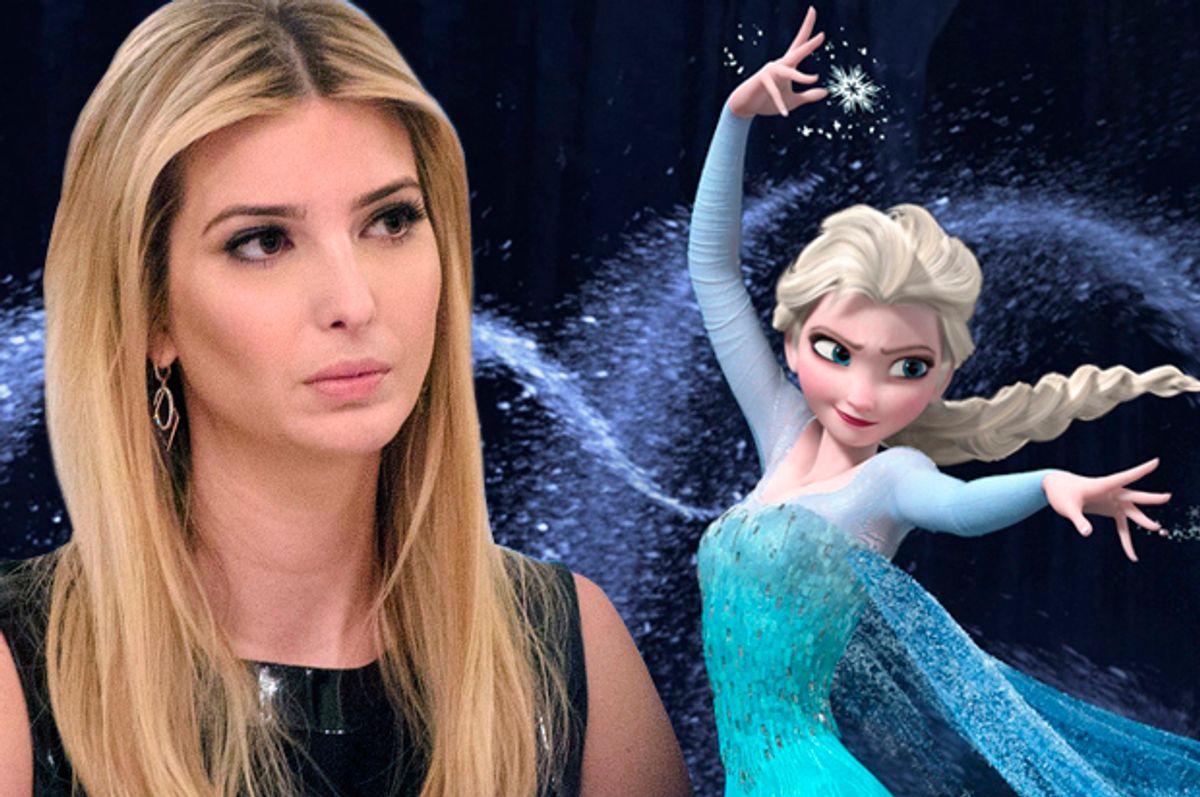 This week the White House unveiled President Donald Trump’s budget plan, which proposes the complete elimination of, among other things, the federal funding for Corporation for Public Broadcasting and the National Endowment for the Arts. Broadcasters, artists and their advocates are not surprised by this development; the writing has been on the wall for a while.

The NEA has been under fire since Ronald Reagan tried to abolish it in 1981 and then again during culture wars of the late 1980s and '90s, when the brouhaha over provocative visual art like the photography of Andres Serrano and Robert Mapplethorpe put the likes of Sen. Jesse Helms and Rep. Dick Armey, as well as Christian conservatives, on the attack. Funding for individuals went away for all but literary fellowships, and increasingly the argument in favor of governmental arts funding for organizations has been about the arts as an economic engine rather than on the common good of supporting art not for the sake of profit but for its cultural value. (Disclosure: I served on a panel that reviewed and made recommendations for the NEA's Art Works grants in literature last year.)

Paradoxically, that approach may have made the NEA more vulnerable to a conservative administration, not less. If funding the NEA costs individual federal taxpayers each year about $1.30 per person — the price of a small McDonald's coffee — it’s not hard to appeal to the Dave Ramsey school of Christian household economics that members of Trump’s evangelical base have subscribed to for years to rationalize eliminating it. If you’re in debt, they’ve been taught, you cut your lattes first, regardless of how much your life is improved by caffeine.

Republicans like Vice President Mike Pence want the status of being a patron of the arts to the tune of a ticket to “Hamilton,” of course. They just don’t want to fund the grants that helped create it.

Yesterday, BuzzFeed published a nice roundup of 11 things you might not have known were created with NEA funds, which includes Lin-Manuel Miranda’s blockbuster Broadway musical. If you are the type of person who cares about things like Pulitzer Prize-winning novels, this list will be persuasive. If, on the other hand, you're the kind of person who can’t understand why a single mom in Detroit might care if “Sesame Street” loses funding and can be seen only on HBO, then you likely have no fucks left to give about the fate of the American Ballet Theatre. You’ve already exchanged them for cluster bombs to drop on Yemen.

First daughter Ivanka Trump might care about things like the ballet, though. She studied at the New York City Ballet’s American Ballet School and once danced “The Nutcracker” with Michael Jackson in the audience. Of course Balanchine’s storied company, along with the 10 other Lincoln Center organizations, receives NEA funding. Perhaps Ivanka writes a check already, and maybe she believes that she can simply do her part to help make up any gaps in funding and that her peers will as well by chairing a gala or securing a corporate sponsor. In Ivanka’s household, you can always find the money if you look hard enough.

Selling the cultural value of the NEA to households that have by necessity different budget priorities is trickier. For the family that lives 100 miles from the closest art museum, with a mom and dad who are too busy working full-time and running three kids to hockey and soccer and scouts and chorus to read the latest National Book Award-winning collection of poems (in a culture that champions profit above all else), what’s the argument for handing out money to orchestras or whatever when the country is in debt?

The answer, of course, can be found in Ivanka’s Instagram.

When Ivanka’s adorable daughter Arabella turned 3, just like 3-year-olds all over the United States, she celebrated her birthday with a “Frozen”-themed party.

“Frozen” is a Disney moneymaking machine. It is in no way to be confused with the kind of project that relies on NEA funding. But once you start looking beyond the surface, you see that the line between public-funded art and corporate, for-profit entertainment isn’t so cut-and-dried.

If you know a 3-year-old, you know at least a handful of songs from “Frozen,” most prominently “Let It Go,” which won two Grammys and an Academy Award for its writers, the husband-and-wife team of Robert Lopez and Kristen Anderson-Lopez. What did Robert Lopez work on before “Frozen?” The delightfully subversive Broadway smash “Book of Mormon.” Before he landed the gig to develop that show with “South Park” creators Trey Parker and Matt Stone, he co-created a little musical called “Avenue Q” that became an international sensation, one that producer Scott Rudin encouraged Parker and Stone to see.

“Avenue Q” was developed at the National Music Theater Conference at the Eugene O’Neill Theatre Center in Waterford, Connecticut (disclosure: I was a fellow at the 2014 National Critics Institute at the O’Neill), a not-for-profit organization that brings artists into residencies to develop new work. The O’Neill receives NEA funding. “Avenue Q” then made its debut off-Broadway in a co-production of two not-for-profit theater companies, The New Group and the Vineyard Theater, both of which — surprise! — also receive NEA funding. Its success in the nonprofit theater world allowed it to be transferred onto Broadway and for Lopez to catapult up into the next echelon of theatrical work. Anderson-Lopez has O’Neill work in her background, too.

The NEA didn’t directly pay Robert Lopez and Kristen Anderson-Lopez to write “Let It Go,” and it wasn't a straight line from nonprofit theatre to film — they both worked on smaller Disney projects along the way as well. But it takes time and work to get so good at your craft that you can get into the room where the large-scale, mass-market projects happen, and in the artistic world as in any other, the funding for that time and work has to come from somewhere. Without the NEA supporting the organizations that supported Lopez’s projects, which helped him develop as an artist and a professional, would “Frozen” be the same film? Maybe not. And if you know any pint-sized “Frozen” fans — no matter if they live in Trump Tower or an Arkansas exurb — would you want to be the one to try to sell them on anything less?