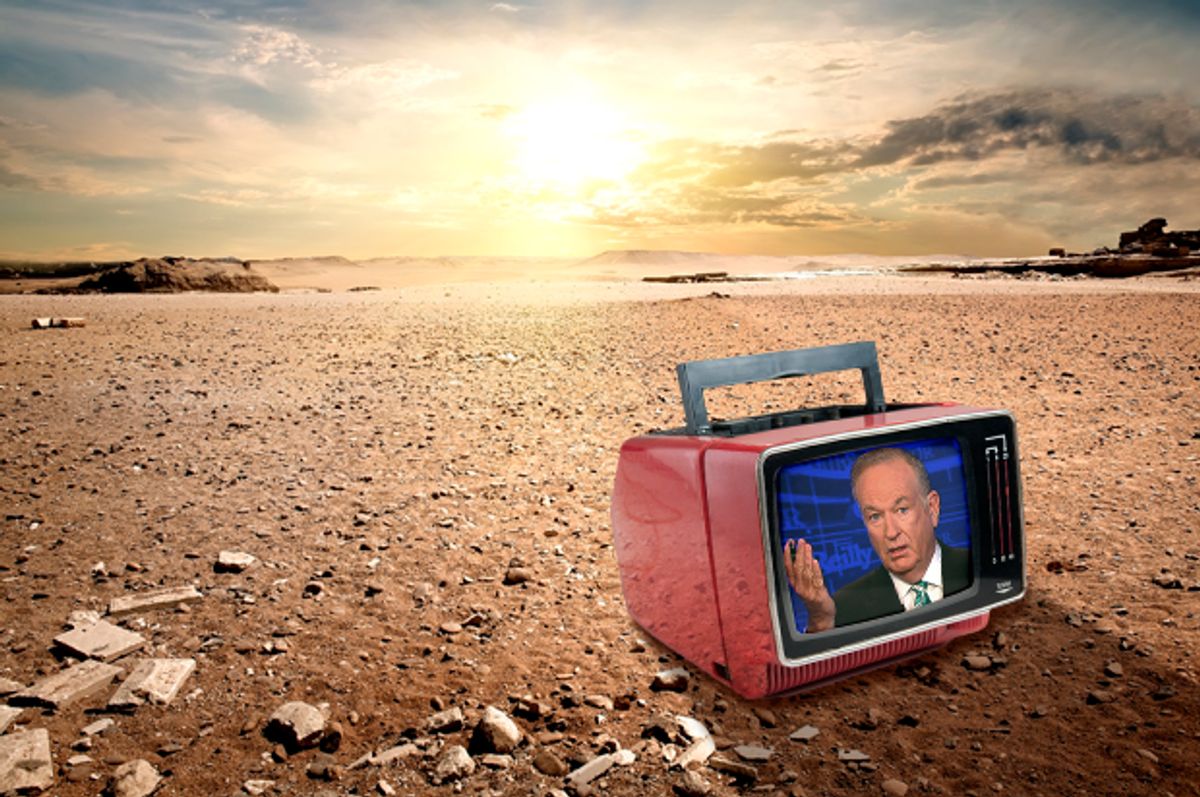 Fake news is all the rage; you can't escape it. The entire op-ed section of last Tuesday’s Washington Post was dedicated to some aspect of the fake news phenomenon. My initial inclination is to put the paper aside and sigh. The bizarre tales that Rush Limbaugh, the folks at Breitbart News, Newsmax and Fox News have been peddling only reinforce for me what might be called the Middle Easternization of the United States.

Radio host Mark Levin’s claims that former President Barack Obama tapped phone lines in Trump Tower, or Limbaugh’s contention that it was actually CIA operatives --digitally disguising themselves as Russian hackers -- who broke into the Democratic National Committee’s servers during the 2016 presidential campaign, read a lot like the kind of nonsense that someone like Adel Sabry would publish. Sabry is the editor of an online publication called Masr Alarabia, whose stock in trade is fake news.

I did not know who Sabry was and had ever seen his publication until a few weeks ago, when I started getting emails about a report I allegedly wrote examining the Egyptian economy on behalf of the Trump administration. Who, me? What? Sabry is hardly unique. Rather, he is part of a global phenomenon in which information is not intended to inform publics but rather leveraged and weaponized for darker purposes.

In April 2014, I published what the Council on Foreign Relations (CFR) calls a Contingency Planning Memorandum, or CPM. The idea behind these 4,000-word pieces is to explore a scenario that is plausible but generally something that the policy community either believes to be unlikely or simply hasn't accorded much thought. Based on the given scenario and assessment of U.S. interests, the author offers recommendations about how best to deal with the contingency should it occur.

The CPM exercise is not supposed to be predictive. Instead, it is intended to prod analysts to stretch their minds and grapple with problems they may have never considered before. The Council has published CPMs on topics ranging from Afghanistan and conflict in Georgia to political problems in Jordan and a confrontation between India and China. My CPM, titled “Egypt’s Solvency Crisis,” explored the possibility of the Egyptian economy going bankrupt in the months after former President Mohammed Morsi was overthrown. Like everything else the Council does, my brief report is available to the public on the Council’s website and was researched and written in the independent and nonpartisan manner that CFR’s bylaws require.

I did what I usually do with the material I publish. I tweeted the link to the CPM, posted it on Facebook, sent it to a wide variety of journalists and handed it to friends who work at the State Department, hoping they would slip it into their bosses’ weekend-reading folder. Then I forgot about it until the emails starting rolling in to me and other members of the CFR staff over the last few weeks.

Sabry had, I later discovered, copied and pasted the CPM, wrote “Extremely Classified” at the top in lieu of a title, dated it to Jan. 18, 2017 (two days before Trump’s inauguration), and made up a story about how the Council, along with congressional experts, White House advisers and the American intelligence community, had written a report for the incoming president about the dire condition of the Egyptian economy.

It was a brazen act of lying, but I was not surprised. This kind of thing has happened before — many times. So much so, in fact, that my research associate curates something he lovingly calls the “Steven Cook Conspiracy Wall” next to his desk. There he tapes up the hate mail, misrepresentations and made-up stories about me in various Middle Eastern publications. Anyone who works on the Middle East has experienced this kind of thing far more than they would like.

It is undoubtedly true that many Middle Eastern journalists and editors have been irresponsible propagandists for a long time. But while Americans rend their clothes about the rise of Middle East–like fake news in the United States, it's important to recognize that this is also an American phenomenon. In some ways, Arabs and Turks have emulated Americans, and in other ways the appeal of fake news in both environments reflects similar societal ills.

Take Al Jazeera, for example. American officials and pundits of all stripes have pilloried the Qatar-based network for a variety of sins from stoking anti-Americanism and terrorism to conspiracy-mongering. The problem is not actually the news delivered by Al Jazeera, which is fairly straightforward, but rather the programs whose formats were first perfected in the United States. Clearly, executives at Al Jazeera have learned the same lessons as those at Time Warner and Fox: The polarizing gabfests that had become a staple of U.S. cable networks make for good TV, even if they reek of sensationalism, half-truths and outright lies. Al Jazeera broadcast programs that consciously emulated CNN’s now defunct "Crossfire" and Fox’s "O’Reilly Factor," which coined the term “No Spin Zone” but is almost entirely spin.

The parallels go beyond format, however. Driving home late last Monday evening, I caught part of the WBUR public-radio talk show "On Point." The host, Tom Ashbrook, was leading a discussion on the inclusion of right-wing and alt-right news organizations in the White House briefing room. He took a call from a woman who defiantly welcomed their inclusion, declaring that it was about time there were journalists at the White House to provide the truth to the American people in contrast to the "fake news" of the New York Times, the Washington Post, and CNN.

She was dismissive of the charge that Breitbart News traffics in white nationalism and racism, challenging Ashbrook to prove that White House chief strategist Steve Bannon’s former organization caters to this hatred. When he provided evidence, she refused to accept it. It reminded me of Turks who are convinced — against all evidence — that the commanding general of U.S. Central Command played a role in last July’s coup attempt against President Recep Tayyip Erdogan’s government, or the occasion when the governor of Egypt’s South Sinai suggested that Israel’s Mossad might have dispatched a shark to the resort town of Sharm al-Sheikh to disrupt the Egyptian tourism industry.

How is it that apparently large numbers of Americans — like a lot of Middle Easterners (as well as Russians, Europeans and others) — believe outright falsehoods and conspiracy theories? As in the countries of the Middle East, the United States has proven vulnerable to the problems associated with a poor system of education in which civics has not been taught in at least a generation and students are not trained on how to evaluate information or think critically.

Add to this toxic brew cynical leaders, politicians and media figures who are willing to manipulate information to advance their own interests. Whether that means reinforcing a cult of personality, winning elections, improving ratings or ensuring one’s proximity to power, the distorting effect is the same. The result is that “news” becomes untrustworthy and the entire enterprise of gathering, disseminating and ostensibly analyzing information has become a political and ideological firearm.

It is hard to believe that any purveyors of fake news believe what they publish. It strikes me that when Adel Sabry falsely presents a three-year old CFR report as an “Extremely Classified” White House document and then makes up a story about it, he is engaging in the same kind of cynicism as Breitbart News, Turkey’s Yeni Safak and Russia’s RT, to name just a few examples. The problem is that consumers of these information outlets are blithely unaware they are being manipulated, believing — like the woman who called into "On Point" — that they are getting the truth. Media in the United States is freer and better than in most other places in the world. But how long will it be before the American analogues of Adel Sabry take their toll, ushering in an age of suspicion and contempt for a confused and uninformed citizenry?