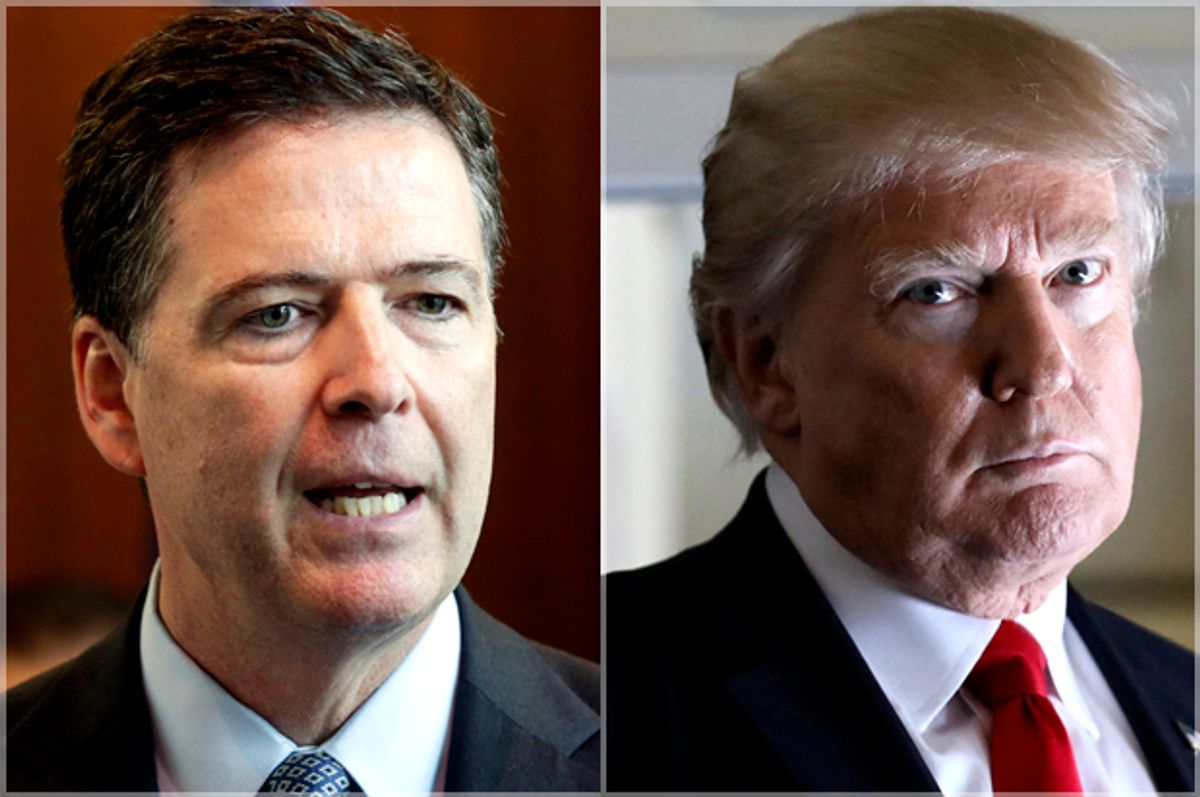 President Donald Trump is pre-emptively trying to swat down lingering allegations that his campaign engaged in improper activities with the Russian government during the 2016 election. The president's early morning activity on Twitter is almost certainly related to FBI Director James Comey's upcoming testimony before Congress.

Ironically, Comey was accused by Democrats like former Senate Minority Leader Harry Reid of Nevada of improperly swaying the 2016 presidential election toward Trump by mentioning that he would revisit Hillary Clinton's email server issue even though there proved to be little reason for doing so.

Comey is expected to testify before Congress on Monday about President Donald Trump's claim that Trump Tower had been wiretapped during the election by the administration of President Barack Obama. According to ABC News, he is expected to debunk those claims within the first few minutes of his testimony.

During an appearance on NBC's "Meet the Press" on Sunday, the House Intelligence Committee's ranking Democrat California Rep. Adam Schiff said he expected Comey would "put an end to this wild goose chase."

Added Schiff: "What the president said is patently false and the wrecking ball it created has now banged into the British allies and German allies and continuing to grow in terms of damage."

Comey may also discuss whether the Trump campaign colluded with Russian government officials to try to hurt Clinton's campaign and help Trump's, a suspicion that has been exacerbated by ties between individuals connected to Trump and Russian leader Vladimir Putin and WikiLeaks founder Julian Assange.

"If Comey acknowledges the investigation, it could balloon into a scandal for the still-young Trump administration," The New York Times wrote on Monday.