The young media outlet openly sided with President Trump's campaign, now that it has access to the State Department 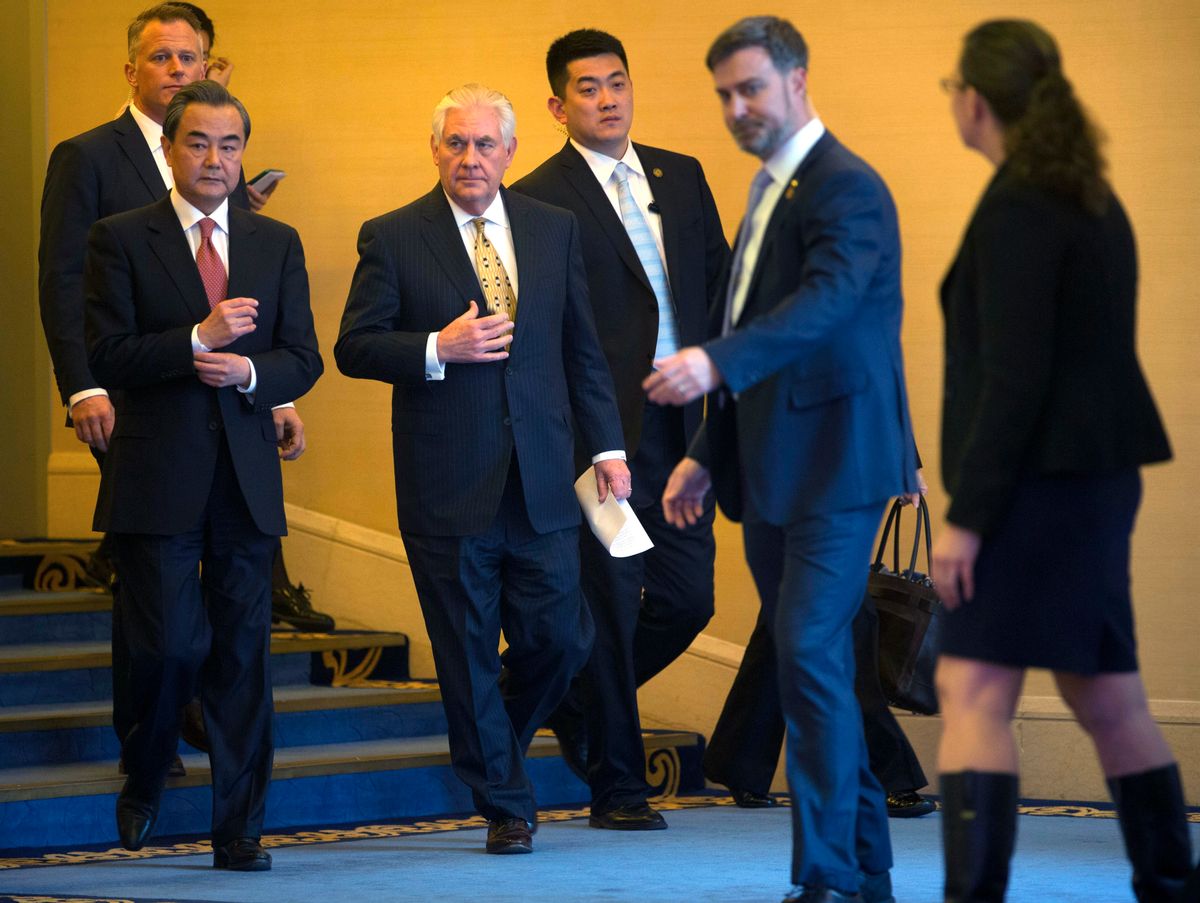 After nabbing an exclusive invite to Secretary of State Rex Tillerson's Asia tour, the media outlet that sent the lone reporter is not celebrating its fortunate scoop. Instead, scandals rocking the Independent Journal Review internally have made more compelling news headlines than what was reported in Asia.

Business Insider's Oliver Darcy reported Tuesday that three reporters involved in a recent story about former President Barack Obama have been suspended by the publication. IJR retracted the piece, which embraced a conspiracy theory that claims Obama traveled to Hawaii to compel a judge to rule against President Donald Trump's travel ban. As a result, IJR suspended the author of the piece, Kyle Becker, as well as his supervisor, content editor Becca Lower and Chief Content Officer Benny Johnson — who was fired from BuzzFeed after it was revealed he plagiarized at least 41 articles.

In conversations with more than a dozen current and former employees, Business Insider reported that IJR is in a state of crisis. What was supposed to be a celebratory week following IJR reporter Erin McPike's trip to Asia, the media outlet has instead had to reckon with past editorial decisions, including the determination that it would be a waste of McPike's time to provide up-to-date pool reports.

The website is a property of a conservative group which owns IMGE, a Republican consulting firm.

"It was a startup atmosphere," one former employee told Business Insider. "At peak IJR, it was an exciting place to work. It really felt like we were building something that didn't exist. We were experimenting and trying new things."

But the content team continued to produce content that aimed at what the D.C. staffers called, "the redneck army," a derogatory nickname for its right-wing base.

While on "Morning Joe" this morning, McPike defended her coverage in Asia with the secretary of state.

“Obviously, we support more press access,” she said. “As a reporter I always fight for more access. And I would have liked other reporters to be there as well. I talked about this a number of times with mentors and the editor who I deal with every day. We spent a lot of time going back and forth about how we should deal with this. Should we file our own pool reports? We decided that wasn’t the right option. We did put a lot of thought into how we went about it.”

In a statement to Business Insider, an IJR spokesperson said that the website was "committed to an editorial team that includes voices, perspectives and geographies that span the country but equally committed to quality standards in our newsroom . . . Last week we got it wrong and ultimately deserve all the criticism if we want to be taken seriously."