Trump's White House "is in denial" about wiretapping story being debunked 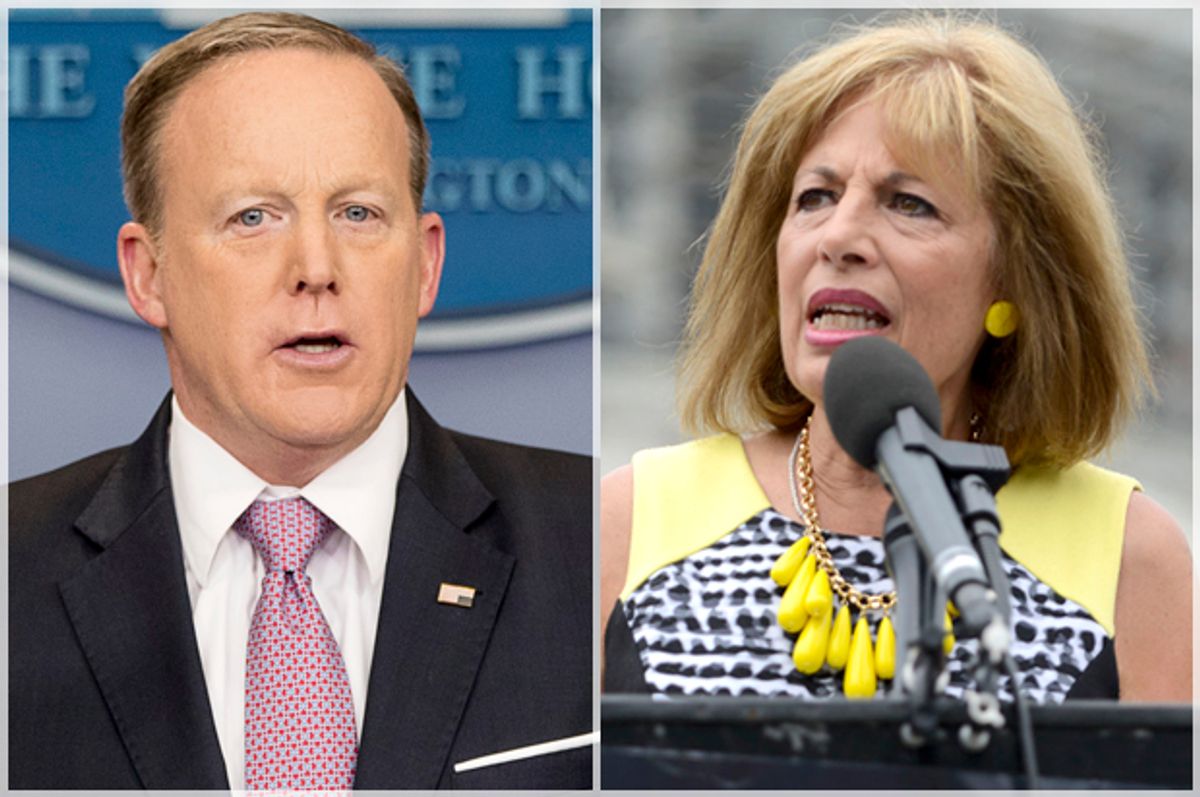 According to one California congresswoman, President Donald Trump's administration is in "denial" over FBI Director James Comey's testimony on Monday, during which he refuted Trump's claim that President Barack Obama had wiretapped Trump Tower.

"The only problem is that you have a White House that’s in denial. The president never ever steps back. He never apologizes. And I think the result is, is that this denial is going to continue to fester," Rep. Jackie Speier, D-Calif., told CNN's "New Day" on Tuesday.

Regarding White House press secretary Sean Spicer, who after Comey's refutation told reporters that the administration would not take back its claims, Speier said "I think he’s just flummoxed. I don’t think he knew where to go it. He’s often times put it in a very difficult position."

The Democrat also pointed out that the entire controversy erupted over a "a Saturday morning tweet when he [Trump] was unaccounted for. And the result is, is that we’re living with it."

The tweets she was referring to occurred earlier this month.

During his testimony on Monday, Comey told the House Intelligence Committee that "with respect to the president's tweets about alleged wiretapping directed at him by the prior administration, I have no information that supports those tweets. And we have looked carefully inside the FBI. The Department of Justice has asked me to assure you that the answer is the same for the Department of Justice and all its components."